Struggle for the world market: "Orion-E" enters the "warpath" with the Turkish "Bayraktar" 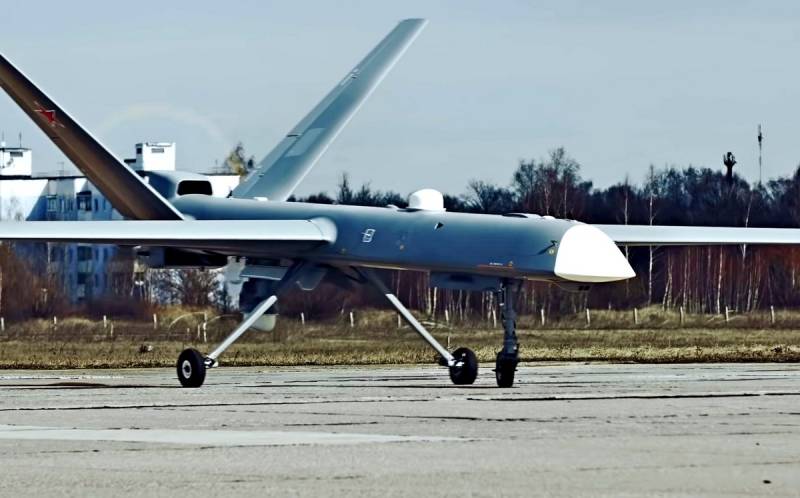 Russia has prepared a serious competitor to the Turkish UAV "Bayraktar". Our Orion-E enters the international market, and its developers are confident in the future success of their product.


Previously, the undisputed leader among shock drones was the American MQ-9 Reaper, "reaching" enemies thousands of kilometers away. However, this drone has a significant drawback - it is very expensive. And not only the device itself, which costs $ 30 million, but also a laser-guided AGM-114 Hellfire missile, which costs about $ 100.

Then the Turks entered the market with their Bayraktar TB2. The drone costs 10 times less than the "Reaper", but its characteristics are much more modest. An attack medium-altitude UAV can operate within a radius of 150 km, rise to an altitude of 7,3 km and stay in the air for up to 12 hours.

"Bayraktar" is capable of carrying a payload weighing up to 150 kg and using guided gliding bombs, their lightweight version and guided anti-tank missiles as weapons.

At first glance, when compared to the MQ-9 Reaper - not a lot. However, the operation in Nagorno-Karabakh showed that this is quite enough, and "Bayraktar" deservedly took its niche in the market.

However, now the Turks will have to "move." Our Orion enters the warpath with it, which is slightly larger than the Bayraktar TB2, but is capable of carrying a payload of 100 kg more.

However, this is not the main thing. The Russian drone is twice as large as its counterpart in flight range and duration. At the same time, unlike the Turkish UAV, ours is practically "indifferent" to the existing electronic warfare systems.

Orion also has more impressive armament. It can use corrected, guided gliding and conventional aerial bombs, as well as X-50 guided missiles (analogous to the AGM-114 Hellfire).

Finally, the indisputable advantage of the domestic drone is its price. It costs significantly less than the Bayraktar, and its weapons will cost 8-10 times cheaper than foreign ones.