Russia could be the victim of a climate weapon attack 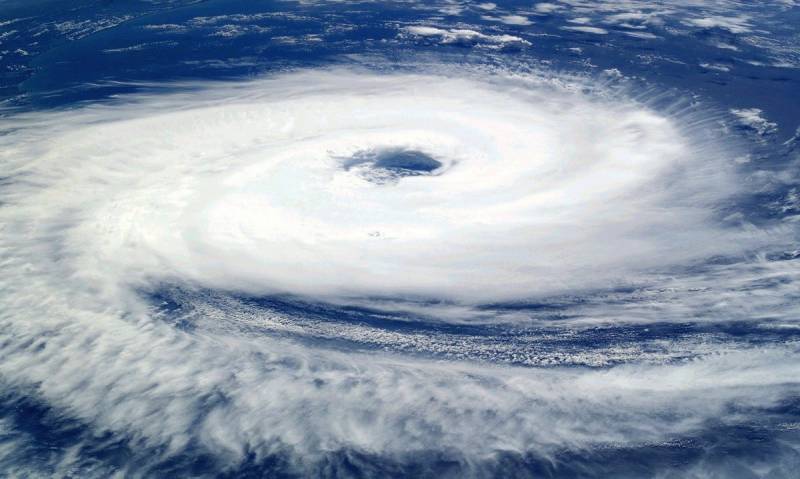 The weather cataclysms that befell Russia raise a lot of questions. If we already faced the anomalous heat that swept the central part of the country in 2010, now in the South of Russia it is accompanied by a real flood. Is it some kind of secret climate weapon that is being tested on us, or is the planet's climate itself changing at an accelerating rate?


A significant part of the population of our country today is in extreme weather conditions. The central regions of Russia are again covered with stupefying heat, reaching 34-35 degrees Celsius in Moscow and the Moscow region. The residents and guests of St. Petersburg, exhausted from the heat, go swimming in the canals, and even the police cannot prevent them. A different picture is observed in the southern regions. Due to the abnormal rains in the Kuban and Crimea, an emergency situation had to be declared on the peninsula. The South of Russia, experiencing a moisture deficit, received an abundance of it at once. In Crimea, fields and gardens are flooded, resort towns are flooded, there are human casualties. Previously, local authorities who almost prayed to heaven for rain are now forced to pump water from the streets, repair storm sewers, saw down fallen trees, and cope with the consequences of flooding for the public sector. It got to the point that the Crimean harvest from an unusually large hail has to be defended by bombarding the clouds from missile systems. Yes, yes, and this service is far from free (12 thousand rubles for covering 1 hectare of farmland with missiles for six months or 6 thousand for covering with special mortars over the same period). Also, the neighboring Krasnodar Territory suffers from hail the size of a hen's egg, capable of piercing even roofs. The most affected of the southern cities of Russia can still be considered Kerch, where streets have turned into rivers, courtyards have become lakes, cars and houses are flooded, water has disappeared from the taps, and power supply has disappeared. In addition, due to the high humidity, a huge number of insects, mosquitoes, aphids, cicadas and ladybirds appeared. It turned out that the latter can form real flocks and, oddly enough, even bite. Tourists try to maintain a sense of humor and optimism and write in the comments:

Invasion of ladybirds in the south. They are everywhere and there are a lot of them, like mosquitoes. And you know what? They bite! Yes Yes. Not strong, but disgusting. Hope this is not part of the infectious attack, but God's message!
All this inevitably forces one to think, if what is happening is really a message, then whose: God, the Universe, the planet of the Earth, or the work of human hands? Everyone answers this question differently. Scientists explain that cyclones and anticyclones are to blame for the weather cataclysms over Russia. So, the so-called blocking anticyclone, which does not allow the west-east transport of air, is responsible for the abnormal heat over the central part of the country. In the south, there were two factors at once. Firstly, due to the general increase in the temperature of the Black Sea by 2 degrees over the past 40 years, the movement of heat in its upper layers has increased, as well as the volume of moisture evaporation. Secondly, a cyclone passed over the Black Sea, on the border of which a so-called "top" was formed, scooping up this moisture-saturated air onto land, where it rested against the mountains, condensed and fell to the surface in powerful showers.

Thus, the natural origin of cataclysms is evident. However, many are now alarmed by the phrase "blocking anticyclone". All Russians remember what a nightmare happened in 2010, when, due to a similar anticyclone, the heat hovered over most of the country for almost two months. How many forests then burned down, how many people died due to complications of diseases against the backdrop of endless heat. It never happened, and here it is again. Again, a blocking anticyclone hangs over Russia in 2021, and the country and its population are languishing in the heat. And again one can come across theories that it is our geopolitical adversaries who are allegedly using climate weapons. We don't know if this is really so or not (most likely not), but let's play a little with conspiracy theory and make the assumption that we really became victims of the "attack".

What are climatic (meteorological) weapons? It is considered a hypothetical weapon of mass destruction, designed to destroy economics an individual country or a group of countries through targeted impact on weather, climate and natural resources. The dubious fame of the pioneers in this area was earned by the Americans, who made torrential rains during the Vietnam War. But even after that, it was the United States that was the main suspects due to its HAARP ionosphere research system, located in Alaska, which was considered capable of controlling the weather. True, in 2013 this program was closed, and in 2015 the facility with all the equipment was transferred to the University of Alaska and is now open to the public. So, the Americans are innocent in our today's problems? In fact, on the territory of Alaska there is another object of a similar purpose called HIPAS (High Power Auroral Stimulation), the secrecy of which has not been removed, and another one in Puerto Rico. So there is still room for conspiracy theories.

But let's get to the main point. And why would the United States even theoretically need to create an abnormal heat over Russia? Who in their minds would pump billions into making us just hot?

If you think about it, then some motives, if desired, can still be discerned. Thus, the unbearable heat of the summer of 2010 led to a crop failure in our country. And Russia, if anyone has forgotten, is one of the largest grain exporters. Due to the poor harvest, Moscow was forced to impose an embrag on its exports, which led to a shortage and an increase in food prices in the Middle East and North Africa. And this, in turn, became one of the main prerequisites for the aftermath of the "Arab Spring", which led to the change of the ruling regimes that seemed unshakable. The main beneficiaries of a series of coups d'etat in the region are the American democrats, who have got their hands on the "color revolutions" around the world.

And now 2021 has come. The US Democratic Party is back on top. The coronavirus pandemic has dealt a heavy blow not only to industrial production in all countries, but also to agriculture. In 2020, the main food exporters tried to keep it for their own needs. Prices for agricultural products all over the world are starting to rise again, and here again a blocking anticyclone hangs over Russia, which dries up crops, and in the southern regions, on the contrary, floods with water and beats with hail. It is unlikely that by the end of the year the harvest will please us pleasantly, and then a new wave of hysteria around COVID-19 and its new strains has begun. What could follow all this? Again an embargo, and then another regional redistribution?

It is clear that all this is pure fantasy based on ignorance of the true goals of the American projects HAARP and HIPAS and a free interpretation of global climatic and geopolitical changes. But still there is something to think about at your leisure.
Ctrl Enter
Noticed oshЫbku Highlight text and press. Ctrl + Enter
We are
They lied to us for 70 years? Who was Lenin really?
Where is Russia going?
Reporterin Yandex News
Read Reporterin Google News
13 comments
Information
Dear reader, to leave comments on the publication, you must sign in.