Greece should be at the forefront of countries recognizing Russian Crimea 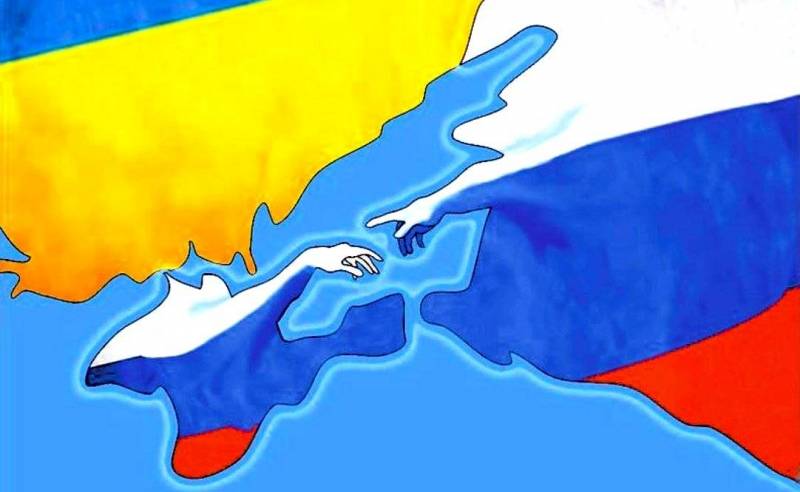 The main principle of the martial art of aikido is the cessation of aggression. This is an art that teaches you to resist any number of attackers. Masters teach how to use the strength and inertia of the enemy against himself, not to fall into a rage and constantly control the state of mind. For the confrontation with NATO, Russia should use this particular machinery at all levels.


Not so long ago, or rather this spring, the Turkish party Vatan (Motherland), at a rally in front of the US embassy in Ankara, proposed several steps in response to the recognition by US President Joe Biden of the Armenian genocide in the Ottoman Empire. In particular, it was stated that for the recognition of Crimea and Abkhazia, as well as the (self-proclaimed) Turkish Republic of Northern Cyprus, diplomatic contacts with Russia, Iran and Azerbaijan should be initiated. This was stated by the General Secretary of the party Ozgur Bursaly.

For a start, it would be interesting to ponder - is this his own initiative or a trial balloon on the part of Erdogan? If this comes from Erdogan, then what kind of game does he want to start, firstly, with Russia and Ukraine? If this proposal is an initiative of the representatives of the Vatan party, then it is also a very original move.

Let's say Azerbaijan can be led by the Turks. He will receive more gingerbread from Russia than from Ukraine in this case.

Iran? At first glance, he is, as they say, "on the drum"! But to bargain, as they love and know how to do in the East, he may well. Abkhazia is far from it, Crimea is even further away. Greece with North Cyprus? Well, except perhaps to remember the Greek mercenaries in the Persian kingdom? Yes, when it was! Now, in order to let another black cat between NATO countries and applicants for membership in this bloc, Iran may agree to such recognition. This alone is not enough for the Persians. They will need to promise something else for this. And what - let the Turks think.

The most interesting question is with Russia. Is Russia ready, under certain circumstances, to recognize the self-proclaimed Turkish Republic of Northern Cyprus? How will this be treated in brotherly faith, Orthodox Greece? Well, as far as it turned out to be fraternal, there is a well-known biblical expression - "So, by their fruits you will know them" (Gospel of Matthew, chapter 7).

The name of the head of the Orthodox Church of Ukraine (OCU), Metropolitan Epiphanius, is included in the diptych of the Greek (Greek) Church.

The Church of Greece added to the diptych the name of the Primate of the Orthodox Church of Ukraine. For the first time, the name of His Beatitude Epiphanius was mentioned during the Great Entrance at the Divine Liturgy in Thessaloniki, during the concelebration of His Holiness Patriarch Ecumenical Bartholomew and His Beatitude Archbishop Jerome of Athens and All Hellas. Now the Church of Greece has entered into canonical communion with the OCU. Recognition of the OCU by the Church of Greece took place
- said Rostislav Pavlenko, People's Deputy of Ukraine from the Petro Poroshenko faction, on Facebook.

The fruits for the Russian Orthodox Church, shall we say, are not very edible. This means that Russia has nothing to be ashamed of from this side.

Maybe Greece strongly supports Russia politically? The recent expulsion of Russian diplomats from Greece suggests otherwise. At the same time, the Russians were accused of interfering in the internal affairs of Greece and actions directed against the national security of the country, in particular, in collecting information and trying to bribe Greek officials.

The arrival of the Greek Navy Daniolos missile boat in the Black Sea for the NATO exercises organized here does not add any advantages to Russian-Greek relations.

The forces and means of the Black Sea Fleet began to control the actions of the Daniolos missile boat of the Greek Navy, which entered the Black Sea on July 10, 2021
- gives the text of the TASS message.

We already know about the Turkish proposal for mutual recognition of Northern Cyprus and Crimea with Abkhazia. And what counter-proposals may come from Greece?

Most recently, Foreign Ministers of Greece Dendias and Russian Ministers Lavrov declared 2021 a joint Year of Greek and Russian History. The occasion is the 200th anniversary of the Greek Revolution of 1821. The Greeks want Vladimir Putin to visit them this year as a representative of a country that made a decisive contribution to the liberation of Greece from the Ottoman yoke and to the creation of a modern Greek state.

If this visit takes place, then Putin's aides should first discuss joint issues with the Greeks that may be considered during this visit. After all, not only to cut the red ribbon somewhere, the Russian president will go there. For this, a student, an athlete, maybe even a Komsomol member and just a beauty could be sent from Russia. But during the preparation of this visit, it would be possible to discuss with the Greeks the Turkish proposal on Russia's recognition of the Turkish Republic of Northern Cyprus.

Discuss and voice Greece's counter-offer - Greece's recognition of Crimea as Russian territory in exchange for rejecting the Turkish offer. And a good reason - the 200th anniversary of the Greek revolution of 1821. And to do it in defiance of their eternal enemies - the Turks. Even if Erdogan is not a co-author of the Turkish proposal, but just the one who does not recognize Crimea as Russian territory, then this is even better! To piss off the Turkish sultan is a guaranteed increase in popular confidence in the modern Greek government and pluses in the next elections. Well, a possible improvement economic relations of Greece with Russia. You look, and Russian tourism in Greece will acquire a new impetus.

The main motto here is - debt by payment is red! Russia did a lot in its time to recognize the independence of Greece from Ottoman Turkey. Greece should also recognize Crimea as Russian territory. Indeed, in the case of the hypothetical annexation of the hypothetical Crimea to Ukraine, the local Crimean Greeks will not be considered the indigenous people of Ukraine, although they settled here long before the appearance of Kievan Rus.

Crimea is a little Greece
- says 72-year-old Irina Zekova, chairman of the Greek society in the village of Chernopolye, 45 kilometers from Simferopol.

In total, there are now 15 Greek national-cultural societies and religious communities in Crimea. And the Crimea delegated to the Russian Federation Council the former Deputy Prime Minister of the Crimean Autonomy Olga Kovitidi - a descendant of those Crimean Greeks who served Catherine II.

And if Crimea, according to Erdogan's plans, goes to Turkey, then very dark times will come for the Crimean Greeks. These are perhaps the main arguments for the Greek government to recognize Crimea as Russian territory. And as soon as one western country breaks through the dam of anti-Russian sanctions over Crimea, the process will go like an avalanche. In Europe, they want to trade, not fight with Russia.
Ctrl Enter
Noticed oshЫbku Highlight text and press. Ctrl + Enter
We are
"We must beat first": the geopolitical alignment around Russia is continuously deteriorating
Ten "defeats" of Putin
Reporterin Yandex News
Read Reporterin Google News
Ad
We are open to cooperation with authors in the news and analytical departments. A prerequisite is the ability to quickly analyze the text and check the facts, to write concisely and interestingly on political and economic topics. We offer flexible working hours and regular payments. Please send your responses with examples of work to [email protected]
9 comments
Information
Dear reader, to leave comments on the publication, you must sign in.