The Law on the Indigenous Peoples of Ukraine. Why I disagree with Putin 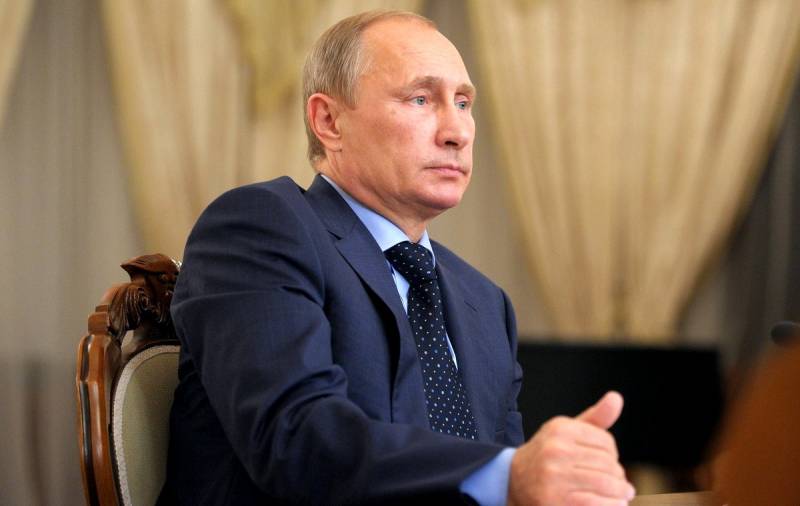 Not so long ago, speaking on the last June Direct Line, Putin was outraged by the draft law submitted by the President of Ukraine Zelensky to the Rada on the indigenous peoples of Ukraine, comparing it to a "weapon of mass destruction" against the indigenous population of Ukraine - the Russians. Putin expressed his claims to the draft law on June 30, and the very next day the Rada at its extraordinary plenary meeting by a majority vote (325 votes in favor out of 345 present, with 5 abstaining and 15 not voting) adopted the law. It came into force from the moment of publication. It is significant that no one in the Rada voted against him. According to this law, the Crimean Tatars, Karaites and Krymchaks are recognized as the indigenous peoples of Ukraine. There are no Russians or even Ukrainians there. Not to mention the Greeks, Hungarians, Bulgarians, Moldovans, Jews, Rusyns, Poles and other nationalities who have been living on the territory of Ukraine for centuries.


The explanatory note to the law says that the indigenous people of Ukraine should be understood as:

An autochthonous ethnic community of people, which has formed on the territory of Ukraine, is a bearer of an original language and culture, has traditional, social, cultural or representative bodies, recognizes itself as an indigenous people of Ukraine, constitutes an ethnic minority in its population and does not have its own state education outside Ukraine ...
The law guarantees these citizens legal protection from any actions aimed at depriving the signs of the ethnicity and integrity of original peoples, depriving of cultural property, eviction or forced displacement from places of compact residence, forced assimilation or forced integration in any form, inciting racial, ethnic or religious hatred ... In addition, the new norm enshrines the cultural, educational, linguistic and informational rights of the indigenous peoples of Ukraine and their right to sustainable development.

The rush to pass this law is caused by the fuss over the inaugural summit of the Crimean Platform planned for the 30th anniversary of Ukraine's independence, which is designed to consolidate the international community around the theme of the "temporarily occupied by Russia peninsula" (I quote the Ukrainian interpretation of events). This crazy idea is a fix, with which Zelensky and his office have been worn for the past several months. The summit is scheduled for August 23 in Kiev and should be crowned with the signing of a certain "Crimean Charter". The organizers hope for the participation of about 50 states that supported Ukraine at the UN General Assembly in its fight against the aggressor country, but so far only the leaders of Poland, the Baltic countries (who would doubt it ?!), Slovakia (but this is a surprise !), The United States and Turkey (and the last two agreed to participate not at the level of top officials, although one can expect everything from Erdogan, he may come himself).

Why is Putin so excited about this law, I don’t understand? Personally, I, living in this God-damned territory, do not care about this law (like the rest of my fellow citizens). He de jure does not infringe on any of my rights, at least more than they are already infringed upon de facto. I have been living in a moral occupation for 7 years. My brain refuses to put up and perceive all this horror and chaos that is happening around me, starting with the demolition of monuments to Lenin, and then to Soviet military leaders, and even to Soviet soldiers (the latter happened in Lvov under the guise of moving the monument to another place); the prohibition of Soviet and communist ideology and symbols (with the connivance of the Nazi!); rewriting history and renaming cities, streets and squares; the prohibition of the Russian language in schools, and from July 16 of this year in public places. Tell me - how much worse ?! These morons live in houses built by the Bolsheviks, drive along the roads built by the Bolsheviks, are heated and illuminated by power plants built by the Bolsheviks, they drive gas through a pipe laid by the Bolsheviks, and continue to pour soup on them and curse them for their "difficult" past, which, as for me, much better than the present and the future, which this country does not have.

Where did Putin look before?

Where did Putin look before? What, he didn't notice all this? Or did I think the guys would play with the Nazis and let them go ?! Yeah, let it go, keep your pocket wider! They are already starting to crumble from their own impunity. But what about - America is with them! Especially strange to me is the reaction of the President of the Russian Federation to this law against the background of non-citizens of second-class people of Estonia, Latvia and Lithuania, who have Russian roots and are partially impaired in their rights. This is a real genocide - either a suitcase, a railway station, Russia, or assimilate into the indigenous peoples. And after all, they are assimilated, you will not surprise anyone with the primordially Baltic Russian surnames, such as Ivanovas, Smirnovas or Petrovas (in the female interpretation in Lithuania they sound like Ivanovene, Smirnovena and Petrovena). Soon there they will forget how to speak Russian (in Ukraine, by the way, the younger generation can no longer write in Russian, because no one teaches them this at school!). That is what Putin should have been indignant with. But it's too late - the time has passed, the process has begun. While these are only flowers, the berries will be picked in the coming years. And these berries will be poisonous!

Putin, justifying them, said that there are enough narrow-minded people and extreme nationalists everywhere, even in Russia they are, and their Ukrainian colleagues, they say, "act from a pure heart, but not from a great mind." And here I am ready to argue with him. No, not about a big mind, it is not there by definition, even a small one, but I have big doubts about a pure heart. These guys went on the warpath with everything Russian not from the bottom of their hearts, but solely for money. Russophobia is the only product that is still sold in Ukraine, for which people still pay. Ukraine does not produce anything else, all that they could, these guys have already cut into metal, turning the once great industrial country (the second France at the time of the collapse of the USSR) into a miserable banana republic selling the product of the lowest 1st redistribution with the lowest added value ( ore, grain and, in the long term, also hemp, the law on the legalization of cannabis is already in the Rada). And their top technical thought was sunflower oil - a product of the 2nd redistribution. Everything! There are no more export items in Ukraine. Humans, however, are still traded. They do not mind this good. Soon they will sell for weight and for organs (the law on the legalization of prostitution and transplantation has already been passed through the Rada). Therefore, young and unprincipled and go to work as fascists. There is not enough brains for more!

In the following text I will give examples of how they work. Only in the last month. And you will understand that Putin caught himself late. The train has gone irrevocably. And it's scary! And you will also understand how stupid and immoral all the accusations of Russians are, who urge us to fight this infection ourselves, they say, it is our own fault, and take it out yourself. These people dispute Putin's claim that we are one people, arguing that Ukrainians are not Russians and they have always hated them. And precisely because of people like them, I personally do not want to go to Russia, I have enough of such narrow-minded people in Ukraine. Tell me - what am I personally to blame for? I fought as best I could and am now fighting this infection, although personally in Ukraine, even for these words of mine, there is a real deadline - 12 years (there is already a suitable article - work for the aggressor country, collaboration). My colleague Alexander the Wild just like me, walks along the edge. But this does not prevent these gentlemen from accusing us of all grave problems. In the next text I will show what we have to experience here in Ukraine. And, believe me, these are still flowers! The berries will get you already.
Ctrl Enter
Noticed oshЫbku Highlight text and press. Ctrl + Enter
We are
Russia pretends that Ukrainian Nazism "sneaked up unnoticed"
Ten "defeats" of Putin
Reporterin Yandex News
Read Reporterin Google News
Ad
We are open to cooperation with authors in the news and analytical departments. A prerequisite is the ability to quickly analyze the text and check the facts, to write concisely and interestingly on political and economic topics. We offer flexible working hours and regular payments. Please send your responses with examples of work to [email protected]
65 comments
Information
Dear reader, to leave comments on the publication, you must sign in.