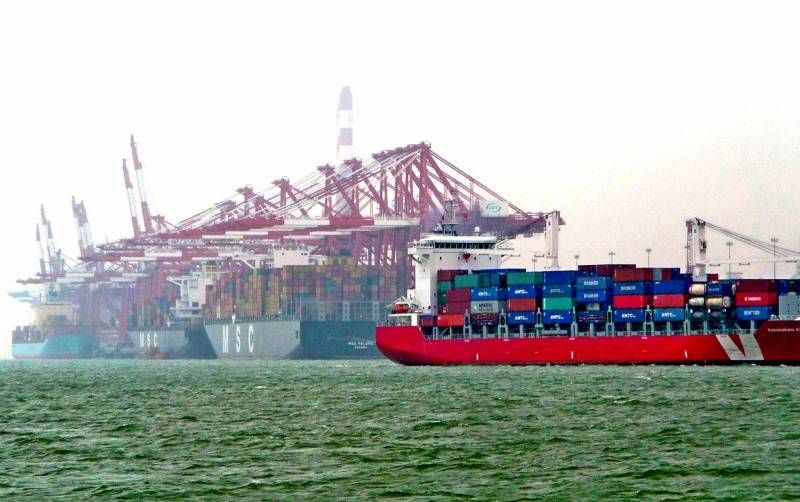 World economy may face a real shortage of Chinese-made goods and components, as well as a significant increase in their cost. Experts warn that we will all have to live indefinitely under the "coronavirus regime" and feel its consequences on our wallets. So, future New Year's gifts will cost everyone much more expensive than usual. But why, despite the emergence of various vaccines, is the problem of pandemic restrictions still so acute?


The culprit was a new, Indian, strain of coronavirus. The so-called delta variant of SARS-CoV-2, having changed, became much more dangerous and returned back to its "homeland", in China. According to British doctors, the likelihood of contracting the "Indian" coronavirus has increased by 40%. The asymptomatic period in this strain, when the sick person infects others, without knowing it, has increased significantly. In early June, the largest megacities of southern China, located along the sea coast, began to close again for lockdown. In the city of Guangzhou, the capital of Guangdong province with a population of 18 million, eating places are restricted, gyms and subway stations are closed. Its residents are prohibited from leaving the village unless absolutely necessary, and for this it is necessary to do at least 2 negative tests for coronavirus. After visiting the "red" zones in the city, you also need to do a test.

There are enough reasons for such strict restrictions. The authorities need to take the epidemiological situation back under control as soon as possible.

At first, Guangdong is one of the most industrialized provinces in the PRC. There are generously represented enterprises operating in the automotive industry, petrochemicals, electronics and IT, pharmaceuticals, biotechnology, electrical appliances and specialized equipment, cellulose, textiles and food. This region is objectively one of the largest contributors to China's GDP.

SecondlyGuangdong Province is an important logistics center through which Chinese trade flows around the world. The following routes open from the port of Guangzhou: European, North American, African, Mediterranean, the way to neighboring South Korea and Japan. It is also from this port that the Arctic route from Asia to Europe through our Northern Sea Route should start. Due to the high workload of Guangzhou, many container traffic has long been transferred to Shenzhen, to the Eastern Port (Yantian Port), from where cargo flows go to the United States and Europe, and to Western ports (Shekou Port and Chiwan Port), focused mainly on the Mediterranean and Asian direction. There is also a Hong Kong port, but it is more expensive due to high overhead costs. Carriers prefer to use it for handling dangerous goods due to more flexible local regulations.

And now this whole scheme, debugged over decades, collapsed in some one and a half years. First came COVID-19, which paralyzed the normal activities of the Chinese (and not only) industry. After about a year, production volumes around the world began to gradually recover, and there was an exuberant demand for products and all kinds of goods and components from the Middle Kingdom. This boom led to a very real shortage of containers, as well as delays in deliveries to enterprises in the United States and Europe. Accordingly, their costs and the final cost of manufactured products have increased. Then came the memorable "Suez incident" with the giant container ship Ever Given, which blocked 12% of world trade for almost a week. And when it seemed that everything was already working out, a new strain of coronavirus returned from India to the south of China, to the most industrialized regions, which are at the same time the main logistics hubs.

Thus, 24% of all Chinese exports go through Guangdong province, and the Indian "delta" hit exactly this key point. Negative consequences were not slow to affect immediately. Due to measures to contain the spread of coronavirus infection, restrictions have been imposed at the Nansha terminals in Guangzhou, Yantian and Shekou in Shenzhen. And this, for a minute, is the fifth and third largest container ports in the world, respectively, whose terminals are now operating at only 30% of their capacity. Traffic jams immediately appeared: the total transit handling time for containers increased up to two weeks, railways are overloaded, and the movement of cars is limited. The cost of freight has risen sharply, unofficial quotes at the moment may exceed historical ones by 5-10 times. Chinese expert Zhang Zhiwei, chief economist at Pinpoint Asset Management, comments on the situation as follows:

I think the risk of supply chain disruption is on the rise and export prices / transport costs are likely to rise further. Guangdong Province plays a critical role in the global supply chain.
There is every reason to believe that the "Guangdong crisis" will directly affect the United States, since a significant part of the cargo suspended in South China ports was intended specifically for the North American market. By the way, the “Suez incident” mainly affected European consumers. According to Zhiwei's forecasts, a relapse of the coronavirus pandemic in China could negatively affect the rest of the world:

Combined with the pandemic in India and Southeast Asian countries ... rising goods and shipping costs, this rise in Covid cases in Guangdong could contribute to higher inflationary pressures in other countries.
This situation once again underlines the global importance of the Chinese economy, as well as the need to reduce dependence on it. It remains to be seen what kind of pandemics lie ahead for humanity.
Ctrl Enter
Noticed oshЫbku Highlight text and press. Ctrl + Enter
We are
Peace enforcement operation. Russia inflicts a preemptive strike on Kiev
US Global Economy: An End That Sneaks Noticeably
Reporterin Yandex News
Read Reporterin Google News
3 comments
Information
Dear reader, to leave comments on the publication, you must sign in.