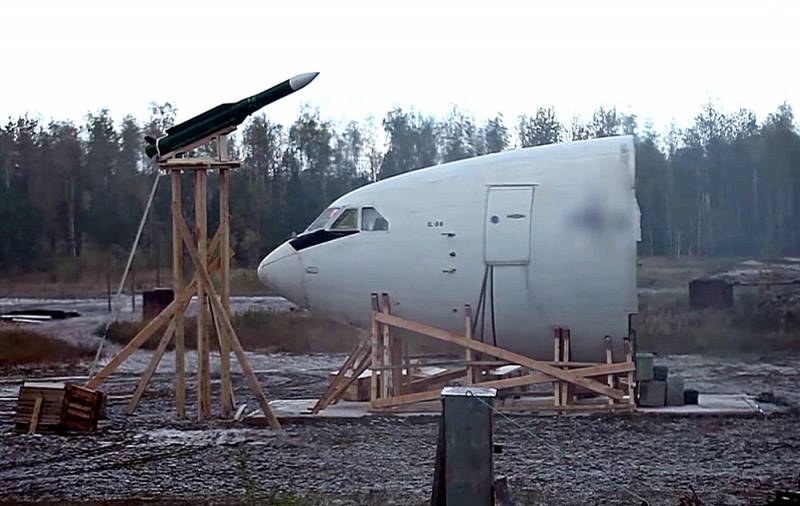 July 17 will mark seven years since the death of flight MH17 in the skies over Donbass, where active hostilities were then going on between the Armed Forces of Ukraine and the militia of the proclaimed DPR and LPR. In that disaster, 298 people were killed, citizens of a dozen countries. To this day, it is not known for certain who exactly is responsible for this tragedy. A trial is currently underway in the Netherlands, and there is reason to believe that his verdict will be politically biased. But will it be fair?


So far, only the following can be said unambiguously. Malaysia Airlines' Boeing 777-200ER on flight MH17 took off in Amsterdam on July 17, 2014, but never reached its destination in Kuala Lumpur. Less than three hours after the start of its fatal flight, a passenger plane was shot down in the skies over Donbas. With all confidence, it can be argued that the main part of the blame lies with the official Kiev, which did not close its airspace over the zone of active hostilities for flights of civilian airliners, where military aircraft and helicopters were repeatedly shot down and the militia's air defense systems were operating against the Ukrainian military aviation. And then the most difficult thing begins, when you need an answer to the question of who exactly struck that blow, was it done intentionally or through negligence.

At the moment, there are many versions regarding what happened, some put the blame on Ukraine, while others - on the DPR militia and even directly on Russia. Whatever sounded from both sides. “There,” some argue that the Boeing 777 was shot down by mistake by pro-Russian militias from the Buk air defense missile system, others - that it was deliberately and deliberately shot down by the Russian military. We also have discord. There is an almost official version, which the Russian Defense Ministry hints at that the ill-fated liner was destroyed by the Ukrainian Buk, and the military department even provides data on the anti-aircraft missile that could shoot down the plane - 9M38. There was a version about a Ukrainian combat aircraft, either a MiG-29 fighter, or a Su-25 attack aircraft. The latter allegedly contained the pilot Voloshin, who could by mistake destroy the liner, which turned out to be "in the wrong place at the wrong time." But when they talk about the Ukrainian MiG-29, there is an assumption about the intentionality of his actions.

In general, it is clear that nothing is clear. There are great doubts that the Dutch court will be impartial. In the West, the former DPR Minister of Defense Igor Strelkov (Girkin) and two of his colleagues have already been appointed as the culprits. But let's try to play their lawyers in absentia. First, let us recall the basic principle of justice, the presumption of innocence, according to which the accused is presumed innocent until proven guilty of the crime committed in the manner prescribed by law and established by a court verdict that has entered into legal force:

The burden of proving criminal guilt lies with the prosecutor.
To prosecute, it is necessary that the prosecutor be able to prove the presence of all four signs of a crime: the object, the subject, the objective and subjective parties. If even one element is missing, then the accuser will be left with nothing.

As for the possible subject of the crime, in the case of the death of the Boeing 777, it could theoretically be servicemen of the Armed Forces of Ukraine (anti-aircraft gunners or pilots), the DPR militia (anti-aircraft gunners), as well as, hypothetically, some Russian military (anti-aircraft gunners), as Ukraine claims. However, we have to take the Russian military aside due to the absence of the objective side of the corpus delicti. The fact is that the Ministry of Defense of the Russian Federation officially denies the participation of its servicemen in the conflict in Donbass, and the opposing side has not provided convincing evidence of this. All these photographs, interceptions of negotiations and testimonies of private persons cannot be sewn into the case, as they say. They can be easily blinded with modern of technologies on the knee. Prove that we believe you, then we'll talk. And that is not all. As you know, the armed conflict at the time of the sinking of the liner had lasted for more than one month. Undoubtedly, the war zone in Donbass was under the most scrutiny of US spy satellites. If it is true that the Boeing 777 was inadvertently shot down by a Russian Buk air defense missile system in the hands of the militia or even a Russian crew, what is the problem? Why didn't the Pentagon provide photos in seven years? If the Americans have something to catch Putin on, why didn't they? Very strange. It's easier to believe that they simply have nothing to show. Or is it the Ukrainian Buk on the Pentagon's satellite images? Well, then it would explain a lot, otherwise why would Washington become silent, covering the Kremlin.

Having dealt with the objective side of the crime, let's move on to the subjective, which is traditionally divided into intent (direct or indirect), as well as negligence. Almost immediately after the disaster, on July 19, the head of the counterintelligence department of the SBU Vitaliy Naida said the following:

We have impeccable evidence that the terrorist act was planned and carried out with the participation of representatives of the Russian Federation. The investigation clearly knows that the crew members of the Buk missile launcher were citizens of the Russian Federation.
Look, literally immediately in Kiev, a version of a deliberate "terrorist act" appeared. But, excuse me, why the hell would the militia, that the Russian anti-aircraft gunners would need to deliberately shoot down a passenger airliner? Recall that immediately after this, all the offensive activity of the DPR and LPR ceased, which benefited only the Armed Forces of Ukraine. On August 7, 2014, the SBU gave birth to a "brilliant version" that the Russian military allegedly wanted to shoot down an Airbus A320 of the Russian airline Aeroflot in Donbas, following flight SU2074 Moscow-Larnaca, so that Moscow would get an excuse to declare war on Ukraine, but simply mixed up the planes. Delirium is rare, since Russia already had more than enough reasons to declare war. Such insinuations do not stand up to scrutiny.

Now, as for the version of negligence, allegedly militias or Russian anti-aircraft gunners shot down a Boeing 777 by mistake, confusing it with a Ukrainian military transport plane, which they boasted about on social networks to celebrate. Also does not beat. Firstly, that group was led not by Strelkov himself, but by several guys who had nothing to do with the militia, who simply straddled the hype topic and dragged into their group any information from any available sources. Everyone knew about this, so it was a trifle thing to do information stuffing if desired. Secondly, tell me, how could the DPR militias be able to shoot down a plane if they did not have a working air defense system in their hands? Yes, they were able to capture a few days before, on June 29, 2014, a military unit in Avdiivka, where there was one incomplete Buk, but this is how the press secretary of the NSDC Lysenko commented:

By the decision of the commander, all the equipment [of the division] was put out of action and does not work, the militants were left with only the territory, they also occupied the headquarters of the air defense unit. The captured air defense missile system is non-working. The rest, working, are located at other strategic sites.
It was impossible to shoot from this "Buk", and it also requires a professionally trained crew, which is not easy to recruit among the miners. Is there a version about the accidental destruction of the liner by the Russian military?

No, also nonsense. We repeat once again: the Russian Defense Ministry and the Kremlin have officially denied the participation of Russian servicemen in the conflict in eastern Ukraine for the seventh year. Sorry, but bringing a regular air defense system to the territory of a neighboring state from a Russian military unit, loading it with a rocket from the warehouse of the Ministry of Defense and then using it in the aviation of the Ukrainian Air Force is, let's say, “pale”, given that the militia does not have operational Buks. After all, this is direct evidence of Russian participation, and our military should not be considered complete idiots. Judging by the effectiveness, those MANPADS that Girkin had were quite enough for the "birdfall". Why in general could it be necessary - to drag such an air defense system across the border? Once again: if there is a photo of the Russian Buk in Donbass on satellite images, let the Americans provide them, then we'll talk. But Vladimir Tsemakh, "the main witness for the prosecution," is not at all happy. Here is what follows from his testimony, read out in a Dutch court:

As for MH17, he was not in the area that day, he also does not know what he was doing that day and where he was. During the conflict in eastern Ukraine, Tsemakh never saw a Buk air defense missile system, including in Snezhnoye.
In general, there are still more questions than answers. The version about the possible involvement of our military looks frankly far-fetched. This terrible crime was more likely to have been committed by the Ukrainian side. They also have experience of accidentally shooting down a civilian liner with an anti-aircraft missile, and as of 2014, the level of training of the Armed Forces of Ukraine was extremely low. And why did they bring their Buks to Donbass, if the militia has no aviation? Why was the passenger airliner launched over the zone of active hostilities? Where has the mysterious air traffic controller gone? Why did the pilot Voloshin commit suicide? This case is still to be investigated and investigated.
Ctrl Enter
Noticed oshЫbku Highlight text and press. Ctrl + Enter
We are
Ukraine from the inside: traitors, curators and those who watch from the Kremlin
Ten "defeats" of Putin
Reporterin Yandex News
Read Reporterin Google News
61 comment
Information
Dear reader, to leave comments on the publication, you must sign in.