Fast reactors: how Russia ended up ahead of the rest 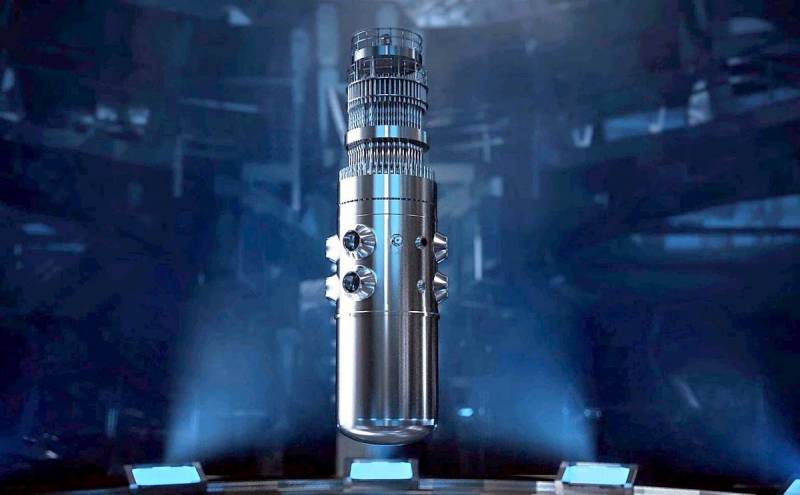 The implementation of a unique project in the field of energy has started in Russia. The construction of a pilot demonstration power unit called BREST-300-OD with a fast neutron reactor using a lead coolant has begun in the Tomsk Region. In fact, our "gas station country" has begun to create Technology closed nuclear cycle. How did this become possible, and what does this mean for the domestic and global energy sector?


With all due respect to the now fashionable "green" energy, it is not able to completely replace the traditional one. The latter is also not a panacea, since the reserves of fossil fuels for it (coal, gas, oil) are depleted. Nuclear power with the usual thermal neutron reactors has good prospects, but their operation also requires the rare and expensive uranium U-235. However, there is an option with the so-called "closed fuel cycle", where the stake is placed on fast reactors that can process natural U-238 and thorium. What kind of technology is this, and why is it the future?

During the operation of a conventional nuclear reactor, a heavy nucleus of uranium, plutonium or thorium releases several "extra" neutrons during fission, which leads to the effect of induced radioactivity. In Russian VVER reactors, this leads to the accumulation of tritium, a heavy hydrogen isotope, in the water carrier. After that, it has to be isolated through complex and expensive manipulations. The new promising domestic BREST fast breeder reactor solves many problems at the same time.

At first, not water is used as a carrier, but liquid lead circulating at a temperature of 1751 ° C. The big advantage of molten metal is that it practically does not absorb neutrons and does not pick up induced radioactivity. As you know, lead is a very radiation resistant element. At the same time, it is chemically passive in contact with air or water, therefore, possible explosions during abnormal depressurization of the reactor circuit are excluded. This is extremely important for the safety of modern nuclear power. Even if the reactor is damaged and the working medium comes out, it will simply slowly flow out, cool and solidify, clogging the damage in the external circuit by itself. There will be no radiation horrors like the disaster at the Chernobyl nuclear power plant.

Secondly, the new reactor will be able to operate on steam with temperatures up to 600 ° C. Compared to conventional VVERs, which have a critical point of 374 ° C, this will add an additional efficiency that can reach an incredible 40-45%. In the future, the efficiency may increase even more if a closed-cycle gas turbine is connected to the reactor instead of a steam turbine.

Thirdly, fast turbine reactors, due to the peculiarities of their design, reproduce nuclear fuel themselves. Inside BREST, uranium-238 will absorb free neutrons and turn into an isotope of another chemical element - plutonium-239. And this, by the way, is the stuffing for nuclear weapons. Under optimal conditions, fission of one uranium-235 nucleus will make it possible to obtain 1,25 nuclei of the new weapon-grade plutonium-239 from uranium-238. This means that with each operating cycle of a fast neutron reactor, up to 20-25% of new fissile material is formed inside it. Sounds fantastic.

Note that the Russian Federation is really ahead of the rest of the planet in the field of such advanced energy technologies. Neither the USA, nor France, nor Japan, having begun experiments with liquid sodium as a carrier in fast neutron reactors, were unable to achieve their stable operation. In the USSR, back in 1968, BOR-60, a fast neutron reactor with a capacity of 60 Megawatts, was launched, and it is successfully operating to this day. Its service life has been extended until 2025. The next generation BN-600 reactor was launched in the Sverdlovsk region in 1980 and is still operational. Its power is 600 megawatts, for comparison, the experimental Chinese CEFR (China Experimental Fast Reactor), launched in 2010, this figure is 45 megawatts. The freshest already Russian fast neutron reactor BN-800 was put into operation in 2015 at the same Beloyarsk NPP. In addition to industrial applications, the sodium-cooled nuclear plant has served as a testing platform for advanced technologies.

And on their basis, near Tomsk, the construction of an experimental demonstration power unit BREST-300-OD with a lead carrier began. In addition to the reactor itself, a fuel cell assembly plant and a spent fuel reprocessing plant will be built within one complex. In the future, a practically closed nuclear fuel cycle is obtained. Not bad for a "gas station country".
Ctrl Enter
Noticed oshЫbku Highlight text and press. Ctrl + Enter
We are
Rosatom has started construction of the world's first safe nuclear reactor
New weapons on the way: What is known about the anti-satellite complex "Burevestnik"
Reporterin Yandex News
Read Reporterin Google News
21 comment
Information
Dear reader, to leave comments on the publication, you must sign in.