Change of priorities: for the first time, the US Air Force did not purchase any additional F-35 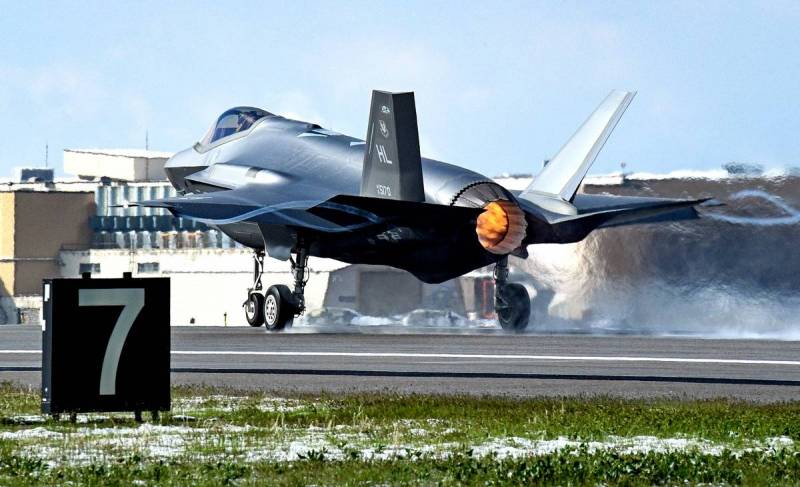 The U.S. Air Force has submitted to Congress a list of combat equipment, the purchase of which is not provided for by the adopted defense budget for the 2022 financial year. The total amount of requested additional funding was $ 4,2 billion, $ 1,4 billion of which should be directed to the purchase of 12 units of the latest modification of the F-15EX fighter.


Various services of the US military department annually submit a document to Congress that describes the options for the development of funds from the defense budget in the event of its increase. Defense News draws attention to the fact that for the first time in many years the Air Force command decided not to buy additional F-35 fighters in excess of the volumes provided for by the already concluded contracts.

The Pentagon's budget for fiscal 2022 has already provided funds for the purchase of 12 F-15EX fighters and 48 F-35 units. The Air Force command plans to find additional funds by selling more than 200 existing combat and military transport aircraft on the secondary market, including 42 A-10 attack aircraft, 47 F-16C / D fighters and 48 F-15C / D aircraft.

Obviously, the change in priorities of the US military department is due to the desire to get into service the time-tested F-15 fighters in a new modification, while protecting themselves from the insoluble problems associated with the F-35.
Ctrl Enter
Noticed oshЫbku Highlight text and press. Ctrl + Enter
We are
Americans compared the Su-35 with their new F-15EX fighter
A serious competitor to the Russian Su-34 has appeared in the USA
Reporterin Yandex News
Read Reporterin Google News
57 comments
Information
Dear reader, to leave comments on the publication, you must sign in.