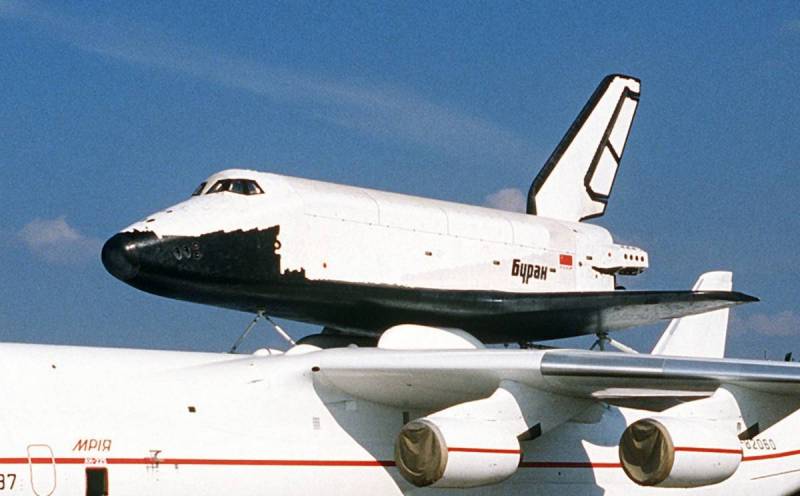 In Russia, work has begun on an updated version of the Soviet "Buran" for servicing orbital stations with it. It sounds very expensive, and it becomes incomprehensible, but what will then be the future fate of other promising programs of Roscosmos, for example, the reusable spacecraft Orel? Does our country need Buran-2 at all, especially in conditions of constant sequestration of the budget of the space industry? What is this, another useless and harmful "projection", or, on the contrary, a step in the right direction?


Olga Sokolova, General Director of the NGO Molniya, said that this is not a joke:

Over the past year, we have made very serious progress in terms of developing a new civil aerospace complex. Up to this point, there were some separate developments, but there was no clear task. Now the task has been set and the development of a civilian reusable complex with an orbital aircraft is in full swing.
And what kind of task is this, and why is the head of the structural unit of the defense concern Kalashnikov so pressing on the civilian nature of the project? Let's figure it out.

Let's take into account the geopolitical background against which work on a modern analogue of Buran has been resumed. One of the main News In recent months, this is a fundamental decision of the Russian leadership to withdraw from the International Space Station project. That one has practically served its purpose, and with its further operation, the lump of technical problems will continue to grow. At the same time, a new trend is the creation by the leading powers of their own "gates to space". China is continuously progressing in development Technology construction of orbital stations. The United States, together with its closest allies, are designing a near-lunar station visited, which will serve as a springboard for the development of an earth satellite and will become a transshipment base for flights to Mars and the asteroid belt. Albeit with a significant delay, but Russia also went by the way of opening its own national orbital station.

And then a lot of problems arise. Its first module will be launched in four years, and the Russian station will gradually begin to be assembled in orbit. But what are we going to fly there? The question may seem a little strange for a country that served as the main "cab" for the ISS. Roscosmos has its own "Soyuz", a proven and reliable one, but the head of the state corporation Rogozin himself recognized the endless modernization of old equipment as destructive for the development of technologies. There is also a modern design of the reusable spacecraft "Eagle". However, it was designed for long-distance flights to the Moon and its use for the needs of the national space station would be too expensive and ineffective. According to Dmitry Olegovich himself, Russia needs a reusable winged manned ship, similar to the Soviet Buran, capable of landing on the runway:

I set this task to our engineers. The Energia Corporation and other teams will now offer such options for space technology.
It is not surprising that the technical solutions were found at the NGO Molniya, which in the Soviet period was engaged in the development of Buran. But wouldn't it be expensive for the sake of periodic flights to the national orbital station to revive a huge amount of half-forgotten technologies and lost production? The industry of an entire superpower worked for the Soviet Shuttle. Is the modern Russian Federation capable of such ambitious tasks, if we take into account the constant sequestration of budget expenditures? Or is it still worth choosing simpler solutions?

Let us remind you that Buran was launched into orbit by an Energia super-heavy launch vehicle. We have nothing of the kind now and is not expected in the foreseeable future. But, apparently, this time Roscosmos may take a different path. Back in 2012, NPO Molniya resumed work on aerospace systems designed for suborbital flights. It is about the "air launch" technology.

The idea is not at all new, it was once taken up in the USSR and in the West, but it is still very relevant. The advantages of this technology include the ability to save on the construction of expensive infrastructure, such as cosmodromes, the environmental friendliness of the fuel used by the carrier aircraft, as well as the greater energy efficiency of the system, because the spacecraft overcomes the low dense layer of the atmosphere without spending fuel. The disadvantages of the "air launch" include the limitation on the carrying capacity of heavy aircraft: An-225 lifted 247 tons, An-124 - 120 tons. In our reality, you can forget about the Ukrainian "Mriya" and do something only with "Ruslan". The math is simple: a rocket capable of placing up to 2 tons of payload into orbit itself weighs from 100 to 200 tons. As a result, satellites can be displayed in this way, of course, but there are simpler methods that everyone prefers to use.

But the launch weight of the Soviet "Buran" reached 105 tons, that is, the ship could fit on the "hump" of a heavy aircraft, and it itself is a useful load. If you look at the parameters of the project from NPO Molniya, it follows from them that the winged spacecraft should start from a carrier aircraft, enter orbit, reaching an altitude of 105-120 kilometers, and then independently land on the airfield. It looks quite realistic and is no longer as expensive as if you had to create a super-heavy launch vehicle. Still, is it worth throwing so much money into a civilian project?

If you remember, we are in detail told about the American mini-shuttle to the X-37B Orbital Test Vehicle (OTV) and its possible purpose. If desired by the Pentagon, this dual-purpose spacecraft from a "research" can turn into a space fighter, destroying military and reconnaissance satellites and space stations of the enemy, as well as producing orbital bombardment of the earth's surface with thermonuclear bombs. Then we wondered what would be more rational: to build an expensive anti-space defense system over a huge country, or to create a symmetrical space threat for a potential aggressor?

Perhaps we were right in our reasoning, and "Buran-2" will also be a dual-use project. At the same time, Roscosmos is even going one step ahead of the United States. Recall that among the problems standing in the way of the creation of a full-fledged orbital bomber by the Pentagon, we pointed out the relatively modest size of the X-37B, which can fit no more than three thermonuclear bombs with a body kit, and made the assumption that in the future the Americans will go by increasing the size of orbital UAVs, making them no longer "mini", but full-fledged "Shuttles" capable of years conduct combat patrols offline. Apparently, the Russian "Buran-2" will immediately be full-size, with a spacious cargo compartment.

Well, if everything really is that way, then in the future, real "star wars" can begin in near-earth space, when space UAVs of the opposing ones will maneuver, track down and try to destroy each other.
Ctrl Enter
Noticed oshЫbku Highlight text and press. Ctrl + Enter
We are
Space shield of the Motherland: the West is not in vain afraid of Russian inspector satellites
New weapons on the way: What is known about the anti-satellite complex "Burevestnik"
Reporterin Yandex News
Read Reporterin Google News
75 comments
Information
Dear reader, to leave comments on the publication, you must sign in.