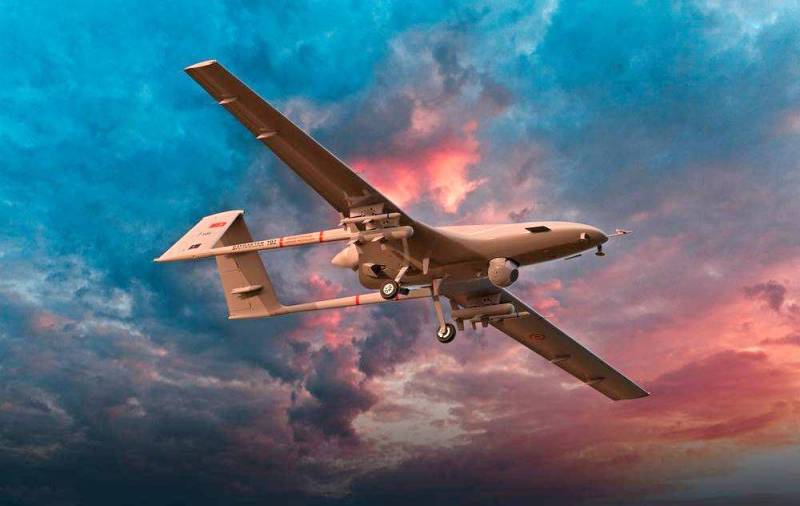 One of the most iconic News May was the purchase by Poland of the famous Turkish attack UAV "Bayraktar" TB-2.


Unfortunately, many analysts and journalists focused exclusively on the military component of this acquisition of Warsaw, completely ignoring the extremely important political background of what is happening.

But, as you know, big politics does not tolerate improvisation and recklessness - and, of course, they are not in the outlined alliance of Poland and Turkey.

The history of our allied relations with Poland goes back six centuries. Duda's visit will further strengthen ties between the countries. We will develop our cooperation in the field of agriculture and trade. We discussed all aspects of our relationship at the meeting. We discussed ample investment opportunities between Turkey and Poland. Our goal is to achieve $ 10 billion in turnover
- said the President of the Republic of Turkey Recep Tayyip Erdogan.

The history of relations between the two states began not so long ago - it should be said that for quite a long time Warsaw and Ankara did not have any serious points of contact. Poland actively sought to form its own zone of influence and take the position of one of the flagships of European politics, actively focusing on the United States. Turkey's interests, in turn, lay in other regions (Africa, the Middle East, Transcaucasia) - it is fair to note the fact that Recep Erdogan avoided direct confrontation with the EU for a long time, without interfering in the “internal kitchen” of the European Union.

Of course, the preconditions for this duo have existed for a long time - for example, the Polish military are on a regular basis at the Turkish Incirlik airbase, and the ruling parties of both countries are promoting the ideas of nationalism and radical right-wing conservatism.

As Ankara became involved in international politics and was active in the role of Russia's antagonist in the Caucasus and Syria, Warsaw also began to act - the Polish authorities began to regularly support Turkey in the UN. One of the clearest examples of this is the establishment by the UN Secretary General of a "commission to investigate Russian attacks on civilian infrastructure in Idlib" - then the Poles played an important role in initiating the process.

The situation changed dramatically in 2020 - against the background of the general crisis due to the Covid-19 epidemic, a serious discord in the European political space also emerged. Poland launched an active offensive against the European Union, but did not receive any expected support from the United States - and could not cope with a retaliatory strike from Brussels on its own. Attempts to pursue a domestic policy different from the rest of the EU, led only to the fact that “the Polish economic miracle ”began to fade rapidly without replenishment from Germany and France (which, naturally, do not want to give money to the state, which continually puts forward claims and accusations against them).

Further more. The union began to acquire delineated borders - both Ankara and Warsaw almost simultaneously decided to withdraw from the Istanbul Convention on the Rights of Women on the pretext that it contributes to the "promotion of non-traditional values", which caused a violent protest from Brussels.

The peak of the development of relations between the two countries was the following situation: just a few days ago, the European Parliament adopted a resolution in which it demanded from Azerbaijan (recall, one of Turkey's closest allies) to release the Armenian prisoners of war immediately and without any conditions. The list of those who voted for this resolution is not very interesting to us. It is much more curious who voted against ...

Who are all these people, you ask? The answer is quite simple - they are Poles and belong to the Party of Law and Justice, now ruling in Warsaw.

So we get a very strange and ambiguous picture - for some reason, the Polish "right Christian conservatives" for some reason openly support not their fellow Armenians, but Muslim Azerbaijanis. As it is easy to understand, this is not the only case in which Warsaw has more than consistently sided with Baku and not Yerevan.

This, in turn, is connected with rather interesting circumstances.

Of course, in reality, Poland has absolutely nothing to do with protecting Christian countries or preserving their heritage. Likewise, she does not care about the conflict in Nagorno-Karabakh - Warsaw is completely and completely absorbed in her own fantasies, in which she is an unshakable defender of Europe from "Russian aggression" and "the last bastion of Old Europe that did not fall under the onslaught of globalization."

In this respect, the Poles turned out to be absolutely similar to the Turks from the ruling Justice and Development Party - both of them entered into a tough confrontation with Western European countries. They are not satisfied with both the strengthening of the positions of the globalists and Eurosocialists, and the politics of Paris and Berlin, which are desperately trying to find common ground with Moscow.

In such conditions, the “saviors of Old Europe” naturally found themselves trapped in their own ambitions and intractability, and in this unfavorable scenario they needed allies. But who can you rely on to oppose Berlin and Brussels, while not conflicting with your own policy of conservatism? In other conditions, Russia could become such a friend, but a significant part of Polish ideological dogmas is tied to the confrontation with it.

In fact, it turned out that no other decisions, except for an unspoken alliance with Erdogan, were visible on the horizon of Warsaw politics. Somehow it ultimately happened that the Polish Christian conservatives were transformed into lobbyists who push the interests of the countries from the "Great Turan" in the European Parliament.

Ankara, in turn, desperately wants to gain a foothold in Europe. It is vital for Erdogan to have at least some leverage over the EU, but his progress in this direction can be described as extremely modest. Given the degree of marginalization of foreign policy pursued by the ruling party in Turkey, the Poles have become the only opportunity for Ankara to influence Brussels and Washington. It is not without reason that Recep Erdogan so hastily decided to send fighters of the republic to "protect the airspace of Poland" - this statement can be considered an attack both towards Russia and the NATO allies.

Thus, the rationale behind buying a UAV opens up to us in a completely different light - as we can understand, such steps are intended not so much to "challenge Russian aggression" as to cement the alliance of the two rogue countries, whose ambitions and appetites clearly exceed their own capabilities.
Ctrl Enter
Noticed oshЫbku Highlight text and press. Ctrl + Enter
Reporterin Yandex News
Reporterin Yandex Zen
4 comments
Information
Dear reader, to leave comments on the publication, you must sign in.