Why Russia should wait with the integration of Belarus 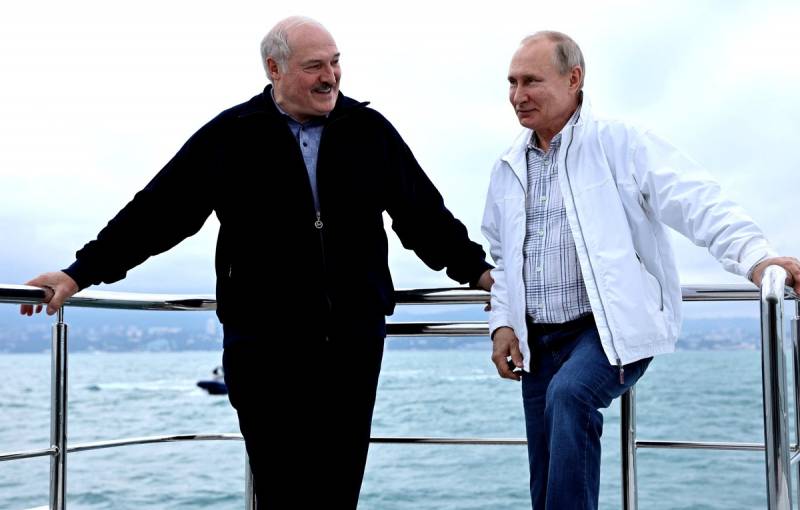 The international scandal caused by the resonant detention of Roman Protasevich with his companion by the Belarusian special services put this country in de facto isolation and closed its hypothetical road to the West. (In any case, under President Lukashenko). Official Minsk has no special prospects, except for real integration with Russia within the framework of the Union State and voluntary renunciation of part of its sovereignty. But should Moscow try to take advantage of the vulnerable position of its difficult partner, and if so, should it be done right now?


For decades, President Lukashenko has skillfully used his status as our only ally in the western direction and knocked out for himself the relying (and not always relying on) bonuses and preferences. From the actual fulfillment of the obligations undertaken under the agreement on the creation of the Union State of the Russian Federation and the Republic of Belarus, Alexander Grigorievich always skillfully avoided, nodding to the Kremlin either at Europe or at China as alternative partners. However, the door to the West was closed for him personally last year after the European Union and the United States refused to recognize the results of the presidential elections in Belarus. And now Lukashenka has hammered it into nails with his own hands with the story of Protasevich. If you look at the map, Belarus is now surrounded on all sides by hostile states, and only from the East remains a friendly Russia, where the Kremlin is clearly rubbing its hands. Gotcha, my dear! But let's try to think without unnecessary emotions, is it worth taking Belarus right now?

On the one hand, the alignment looks extremely tempting to just miss such an opportunity. Consider that the Kremlin can seize a whole new state with a hardworking population of almost 10 million people. Heavy industry has survived in the country, agriculture is developed. There are export goods that bring foreign exchange earnings: oil products and potash fertilizers. Due to its convenient geographical location, Belarus will be another outpost of the RF Ministry of Defense in the western direction, from where a corridor to the Kaliningrad region opens. And the Belarusians are our people who grew up in the same culture and speak Russian. Tempting, you won’t say anything. But…

On the other hand, such integration, for example, as a new federal district within the Russian Federation, will be extremely negatively perceived in the West, as well as among certain strata of the Belarusian society itself. It would seem, what do we care about the reaction of the European Union or the United States? In theory, none, but let's not forget that not a single neighboring country, except Russia, has recognized the legitimacy of the re-election of President Lukashenko for another term. Moreover, Lithuania has its own alternative "President of the Light", with which you can shake off the dust at any moment and push forward again. If the West didn’t recognize the legality of Alexander Lukashenko’s rule, they don’t recognize either the documents he signed or the subsequent Anschluss of Belarus. This means that the real Union State will be under EU and US sanctions from the very beginning.

And this is serious. About possible economic sanctions against Minsk for the "Protasevich case" have already said in an interview with France Presse, the EU High Representative for Foreign Affairs and policy security Josep Borrell:

On Monday, [EU] heads of state and government asked us to propose sectoral sanctions. <…> Some immediately come to mind - for example, the export of potash fertilizers and the transit of gas purchased from Russia.
That is, the most important articles of Belarusian exports may fall under the restrictions and risk of secondary sanctions. And through Belarus, oil goes to Poland and other countries through the Druzhba pipeline. Flights through Belarus are prohibited, at the same time European airports are closed for Belarusian companies. The country is actually in an air blockade, and the administration of French President Macron is talking about a total transport blockade. For the economy of a small country, this can be a heavy blow. But that's not all. Now Minsk has broken the last plates with Kiev, de facto recognizing Crimea as Russian. It should be reminded that until recently Belarusians flew to the peninsula through Ukraine in principle, so as not to spoil relations with their neighbors. The head of Belavia, Igor Cherginets, commented on this position as follows:

There is probably no need to hide, there should be political recognition of Crimea as [part of] the Russian state. There will be a political decision - we will look.
And now Alexander Grigorievich asked his colleague Vladimir Vladimirovich "to think about how the Belarusians can get to Crimea." He’ll come up with something. So, Lukashenko's readiness to give his airlines permission to fly to the sanctioned Crimea with the permission of Vladimir Putin, and not Vladimir Zelensky, is the actual recognition of the peninsula as part of the Russian Federation, which Minsk has been avoiding all this time. Wonderful. But this will come at a cost, too. Most likely, this will cost Belarus the loss of trade with Ukraine, which is estimated at $ 5 billion a year. Undoubtedly, more sanctions will be thrown in the West. And after all, someone will have to pay for all this, but who? Probably the only ally from the East, and who else.

It turns out that instead of “pawing” at the expense of Belarus, Russia today will receive another financial yoke on its neck. Stop! Nobody is dissuading from the need to create a real Union State of our two countries. But, perhaps, first it is worth holding new elections in Belarus, the results of which will be recognized in the West? And then the signatures under the interstate agreements will be put by a person who does not have such a train of scandals behind his back as Alexander Grigorievich. To wait for the results of the consideration of the "Protasevich case", while toughly defending the interests of our ally and not allowing him to be "kicked by the crowd", and only then make some political decisions. Or not?
Ctrl Enter
Noticed oshЫbku Highlight text and press. Ctrl + Enter
We are
"We must beat first": the geopolitical alignment around Russia is continuously deteriorating
Ten "defeats" of Putin
Reporterin Yandex News
Read Reporterin Google News
20 comments
Information
Dear reader, to leave comments on the publication, you must sign in.