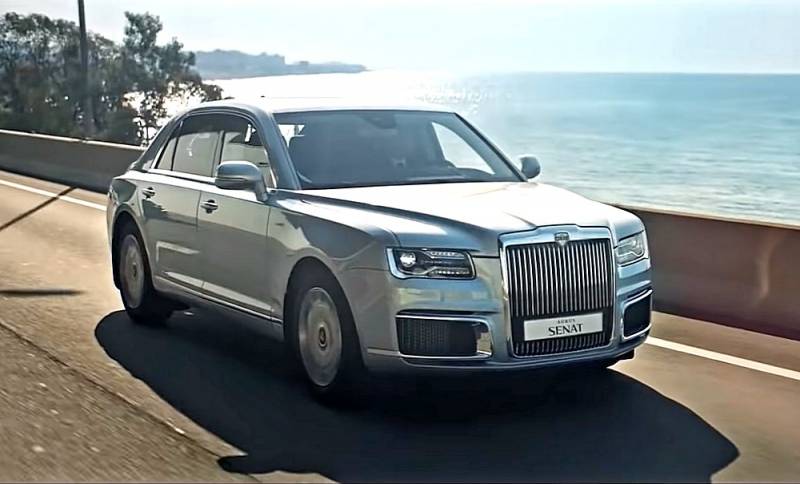 The first serial premium sedan AURUS Senat rolled off the assembly line in a special economic zone of industrial production type "Alabuga" (Republic of Tatarstan). This event has become a landmark for our automotive industry and not only.


Let's start with the fact that for the first time in the history of the Russian car industry, practically from scratch, a line of executive class cars has been created. By the end of this year, it is planned to produce about 300 units of AURUS Senat. At the same time, the plant's capacity in Tatarstan makes it possible to assemble up to 5000 of these machines per year.

Next year, the production of the Aurus Komendant crossovers will start at the same plant. The possibility of assembling the Aurus Arsenal minivan is also being considered.

According to the manufacturer, today the level of localization of "Aurus" is 53%. However, by the end of 2022 it will reach 80%.

But that's not all. The Aurus car is based on the EMP modular platform, developed in Russia and allowing, in addition to cars, to produce motorcycles and even helicopters. Other automakers will also be able to use it as a technical groundwork for the production of models in completely different price segments.

At the same time, Aurus is also not going to "mark time" in place. A Senat with a hydrogen engine has already been created and tested, an electric car is next in line, and this summer the engine from Aurus will be installed on the Yak-18T aircraft for testing. If the latter succeeds, cheaper and easier-to-manufacture automobile engines can be used in small aircraft.

Ctrl Enter
Noticed oshЫbku Highlight text and press. Ctrl + Enter
We are
Russia has become a key hub for motor building in Eurasia
To summarize: what Russia achieved in 2019
Reporterin Yandex News
Read Reporterin Google News
8 comments
Information
Dear reader, to leave comments on the publication, you must sign in.