Brilliant intelligence operation: Who is behind the EU-US spy scandal 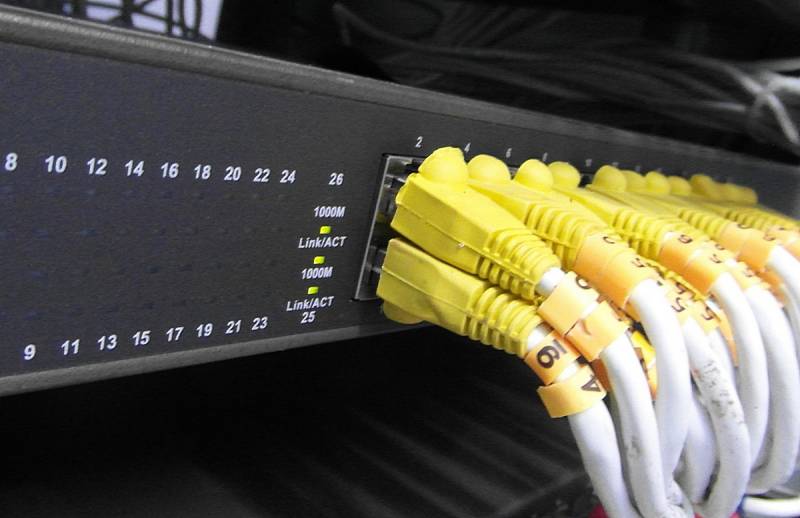 The high-profile scandal that broke out at the suggestion of European journalists, in which the secret services of Denmark and the United States were involved, spying without a twinge of conscience on their own neighbors and allies in the North Atlantic Alliance, at first glance seems to be just a continuation and development of the revelations made eight years ago.


However, this may seem so only at first glance, if you do not try to compare the numerous "coincidences" and other facts that make up a very intriguing "context" of this event. The deeper you delve into them, the more clearly the thought comes that such "accidents" simply do not exist! So what's really going on?

It never happened, and suddenly again ...

As a matter of fact, the first information that "Big Brother's long ears" have long been sticking out behind the backs of the leading politicians and representatives of the state authorities of some countries of the Old World, back in 2013, was voiced by the great "ripper of the veils" and "revealer of secrets" Edward Snowden, who, with his revelations, brought to a nervous tic more than one high-ranking US intelligence officer. It was from him that the information published by some Western media came that the American National Security Agency (NSA), having connected its colleagues from the Danish counterintelligence FE (Forsvarets Efterretningstjeneste) to an extremely delicate case, listens with might and main to the most confidential talks of top leaders and representatives of the political elite of a number of European Union states. How? Well, just technically, it was easier to carry out this event, given access to certain restricted facilities.

The “key to success” in this situation was a deep-sea communication cable, which, by a happy (for cunning spies) accident, passed through the harsh waves of the Baltic just across Danish territory. The local counterintelligence officers, of course, were obliged to observe the security of such an important element of the pan-European information infrastructure, protecting it from enemy encroachments. And so they did. However, in parallel, they themselves connected to the communication line and began to "milk" it for various information that interested the overseas "partners" behind this entire operation. They calmly and on completely legal grounds rented an inconspicuous warehouse somewhere near Copenhagen, which soon turned into a repository of top-secret data, flowing into Washington. Everything is decorous, noble, cultural and in the best traditions of the "world democratic community" ...

Of course, not all the conversations and messages that went through the line, which transmitted enormous amounts of information every minute, were recorded, of course - from this, the ears of the "listeners" would swell up and their heads. The fact of the matter is that the objects of their close attention were quite specific subscribers, who were isolated from the general stream by telephone numbers and special codes. Tellingly, the Danish-American "cooperative" showed particular zeal in tracking confidential negotiations that were taking place in Berlin. Chancellor Angela Merkel? "Write" is unambiguous! Foreign Minister (now, by the way, the President of Germany) Frank-Walter Steinmeier? Interesting too! However, in the same way, politicians and key government officials of France, as well as neighboring Norway and Sweden, were “worked out” according to previously approved lists. It is likely that they were not the only ones - the cable served the whole of Europe.

In 2013, when information about all this "surfaced" thanks to Snowden, in the United States, of course, "made big eyes." Barack Obama began to argue that yes, something like this was once possible and practiced, but he personally gave the command "to stop this indecent" and no one is listening to anyone else. Denmark generally pretended to be offended innocence, denying everything at once. It was only in Forsvarets Efterretningstjeneste that a large-scale and secret check was started with the involvement of computer specialists and outside analysts, called Operation Rogoz. In the end, as expected, all Snowden's "slander" was fully confirmed - which was described in great detail in a top secret report of fifteen sheets, which in 2015 lay on the table of the top leadership of Denmark, and, according to some information - Germany. FE head Thomas Arenkil and a number of counterintelligence agents with a smaller caliber were given a savory kick, advising in the future to be interested exclusively in the vacancies of janitors, but the case was hushed up ... Only recently this very report somehow fell into the hands of journalists.

No one will deny the professionalism, persistence and dedication of the European "feather sharks" (and the current scandal is the result of a joint investigation by German and French newspapermen from the Süddeutsche Zeitung and Le Monde, Swedish and Norwegian TV broadcasters from SVT and NRK, as well as representatives of other media), however secret reports just like that from the depths of the corresponding safes and other protected storage facilities do not "pop out". In addition, a more unsuccessful and inconvenient time for the disclosure of this information than the present moment simply could not have been imagined, even with all the desire! "On the nose" a grand summit, at which US President Joe Biden is to meet with the heads of the EU countries to "strengthen the transatlantic unity." That's just how the whole event will look now - in light of the fact that the current head of the White House was vice president of the United States just at the moment when the NSA was "frolicking" in Denmark, gutting "priceless European allies" about their secrets and secrets? Did not know? I could not help but know - the position is not the right one. But exactly after this meeting, which risks turning into a rather unpleasant pastime, Biden will have a conversation with Vladimir Putin, to which he should start, on the advice of his own analysts, "fully armed."

Pay attention to an extremely important detail - the scandal of not recent times of Donald Trump was pulled into the light of day, but just one that directly (and painfully!) Hits the reputation of the current head of the United States. Coincidence? I will not focus on the already obvious points, such as the current place of residence of the "troublemaker" and a great expert on the dirty deeds of the NSA, Snowden. Yes, yes, just in Russia. Let's concentrate better on more interesting points.

Recently, Norway has shown unprecedented trust and hospitality towards the United States. To our great regret, they are mainly used by representatives of the Pentagon. The deployment of American B-1 strategic bombers at the Orland airbase there, as it turned out, was only "flowers". As it became known recently, a completely unprecedented agreement was signed between Washington and Oslo, according to which American soldiers have the right to build any objects on Norwegian territory that will be a "no-go zone" for everyone except themselves. No representative of the Norwegian authorities will be able to inspect these bases, and, in addition, the military shipments of "equipment and supplies" being delivered there. The US Army will also be able to transfer to and from Norway any number of its own military personnel, as well as civilians with American passports, at any time. Moreover, all of them are from now on completely outside the jurisdiction of Oslo, no matter what they did during their business and off-duty hours. Looks like an occupation, you say? Well, the Norwegians are no strangers ...

However, it is much more alarming here that the United States has the opportunity to create facilities in Norway that may well contain nuclear, chemical, biological weapons - or anything at all! Perhaps after the current scandal in Oslo they will think about it? At least, the Minister of Defense of Norway Frank Bakke-Jensen has already expressed outrage at the blatant fact of espionage and demanded an explanation. By the way, his colleague from another country, which was "under the hood" of the NSA and the Danish FE - Sweden, also reacted to the shocking materials in the media.

The head of the local defense department Peter Hultqvist called the actions of neighbors and overseas "allies" "absolutely unacceptable" and also longs for "an exhaustive explanation of what happened." Yet quite recently this country announced the creation of a "dual military alliance for defense against Russia" together with Finland and even talked about intentions to nevertheless become a NATO member. Maybe now the agility of the local politicians in this regard will diminish? By the way, Denmark itself, whose Foreign Minister Jeppe Kufud last month was indignant at the "build-up of Russian military activity in the Arctic" and in every possible way welcomed the "increase in NATO's presence", and, above all, the United States in this region, will somewhat temper its ardor where of their own as unseemly deeds? Generally speaking, this scandal serves as a very vivid "background" for all the "revelations of the Kremlin's insidious spy intrigues", which have recently been inflated in Europe to the limits of the most real mass hysteria. As it turned out, there really are spies - only you, gentlemen Europeans, are looking for them in the wrong place.

As far as is known, on the eve of the upcoming June 15 summit in the US-EU format, Brussels proposed Washington "to join forces in decisively countering Moscow's malicious actions." The event was expected to announce the creation of something like the next "united American-European front" directed directly against our country. Will it happen now? Great question. At a minimum, Berlin and Paris have already expressed their extreme displeasure at the completely unacceptable actions of the overseas "allies". In any case, there is no reason to expect a "warm, friendly atmosphere" at this event, overshadowed by a "skeleton" pulled out of the closet in a very timely manner.

I will not say anything about the possible origins of the extremely timely and successful "information leak". And I will not even begin to guess. I simply suggest that everyone, as they say, “put two and two together,” based on whose interests the “suddenly” outbreak of the spy scandal meets the most. All this is very similar to a brilliant intelligence operation, without a mention of which not a single weekly newspaper has been published in the West lately.
Ctrl Enter
Noticed oshЫbku Highlight text and press. Ctrl + Enter
We are
What is behind the explosions at arms depots in the Czech Republic
Ten "defeats" of Putin
Reporterin Yandex News
Read Reporterin Google News
10 comments
Information
Dear reader, to leave comments on the publication, you must sign in.