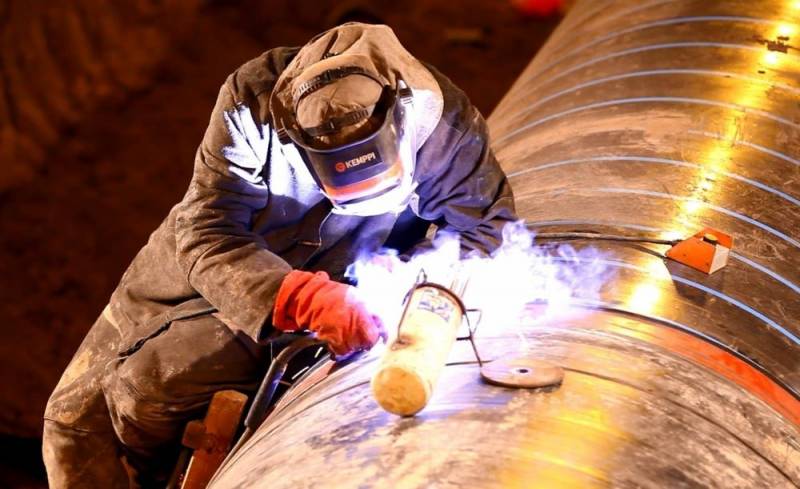 In the first 5 months of 2021, PJSC Gazprom set several records in terms of gas production and supplies of raw materials to foreign consumers. This is stated in a report published on June 1, 2021 in the company's official Telegram channel.

From the message of "Gazprom" it is clear that Russia is pumping (selling) a lot of raw materials to Germany and Italy against the background of the completion of the Nord Stream-2 gas pipeline. In May, historical records were set for the volume of supplies to these countries for this month in previous years. Moreover, both countries are the largest importers of Russian gas at the end of 2020.

However, despite the high demand for raw materials in Europe, the filling rate in local UGS facilities remains at a low level. According to Gas Infrastructure Europe, as of May 30, only 8,1 billion cubic meters were replenished after last winter. m. At the same time, the extraction in cold weather exceeded 66 billion cubic meters m.

In addition, the low rates of reserves replacement are demonstrated by the Ukrainian UGS facilities. In May, it received only 0,34 billion cubic meters. m. This is only 2,6% of the volume spent during the last heating season. Gazprom stated that the backlog in filling Ukrainian UGS facilities increased to 2,3 billion cubic meters. m compared to last year.

Note that according to the navigational resources of TUB Fortuna, it remains to lay at the bottom of the Baltic 5 km of pipes of one of the strings of the Nord Stream-2 gas pipeline in the German EEZ. Since February, despite the vagaries of the weather and attempts at opposition from Poland, the barge has laid over 58 km of pipes in Danish and German waters. Now, with the support of a whole flotilla of supply vessels, it manages to lay 1 km of pipes per day. This indicates that by the end of this week one of the Nord Stream 2 lines will be fully completed.

After that, Fortuna will most likely start helping to complete the construction of another string of the gas pipeline. For more than a month, KMTUS "Akademik Chersky" has laid only 10 km of pipes and it will obviously not be superfluous to help him. Until the end of the construction of this line, it remains to lay 75 km of pipes.
Ctrl Enter
Noticed oshЫbku Highlight text and press. Ctrl + Enter
We are
Russia will more than halve the volume of oil supplies to Belarus
Gazprom forced to record gas prices in Europe
Reporterin Yandex News
Read Reporterin Google News
13 comments
Information
Dear reader, to leave comments on the publication, you must sign in.