Three scenarios for an armed conflict between Russia and NATO 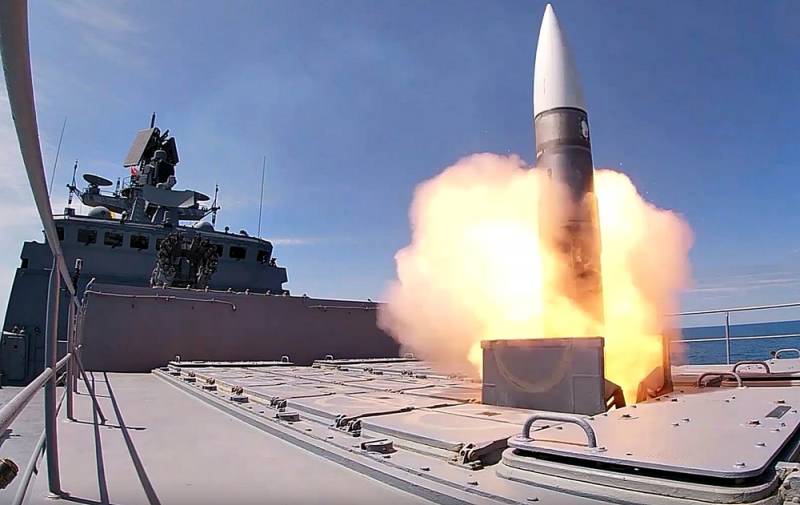 Russia is forced to continue strengthening its western borders. The Ministry of Defense of the Russian Federation announced the creation of an additional two dozen new formations and units. All of this is happening in response to NATO exercises, the frequency and scope of which is growing from year to year. In the summer of 2021, Europe will host simultaneously exercises under the auspices of the United States, the largest since the end of the Cold War, and exercises along the lines of the alliance itself, aimed at practicing the transfer of military convoys from overseas to the Old World. All this looks like preparation for a war with Russia, but let's ask ourselves a question, why NATO should fight with us at all, and if an armed conflict does happen, what will it be?


The question is actually quite interesting. Despite the fact that informational messages from the western borders sound like in the early forties of the last century, as such, there are no special reasons for the war between Russia and the NATO bloc so far. There is no longer any fundamental competition between the two systems, capitalist and socialist. There are no two irreconcilable blocs, we are now the same as them (good or bad is a separate issue), and our so-called "elites" are trying with all their might to become part of the Western. Europe and the United States do not need to seize a new "living space", and the Kremlin itself is happy to sell any Russian resources to them. (For many years now we have been desperately fighting for the right to sell our gas to the EU). If you look at the leading domestic enterprises, they either belong to foreign investors (in whole or in part), or are registered in foreign offshores. So why should Europeans and Americans fight us in general?

This refers to a war in the style of the last century, with millions of troops, tank wedges and air armies. And let's not forget that Russia is the second-strongest nuclear power in the world, which in itself should discourage the desire to arrange another "drang nach osten". The war of destruction in today's reality has simply lost its meaning. But does this mean that an armed conflict between Russia and the NATO bloc is out of the question?

No, the conflict is quite possible, but it will (if, of course, be) limited, with clearly defined goals, and, most likely, will take place on the territory of third countries. Let's look at three areas where the Russian military can still clash with the soldiers of the North Atlantic Alliance.

At first, this is Kaliningrad. The strategic importance of this Russian region can hardly be overestimated, since from its territory our missiles cover the main objects of NATO's military infrastructure. The elimination of this exclave is the primary goal of the alliance, and all its military exercises are frankly worked out to capture the Kaliningrad region. A natural question arises, why are Brussels and Washington not afraid of a Russian "nuclear shield"?

We have no definite answer, but it can be assumed that NATO strategists believe that Moscow will not use its nuclear arsenal against Europe. Recall that Kaliningrad has a very special history of appearing as part of our country, and earlier it was called Konigsberg. For a long time, the West has been consistently working on the preparation of a justification for revising the results of the Second World War. If this ever happens, the pro-Western "fifth column" may try to raise the question of returning to Germany. If the security forces try to firmly restore order, then the NATO bloc can carry out a complete blockade of the Kaliningrad region and "humanitarian intervention" to protect the rights and freedoms of its inhabitants. That is, it is no longer a question of direct military aggression against the Russian region, and whether the Kremlin will consider it possible to use nuclear weapons against its business partners in Europe is an interesting question. It is clear that no one will simply surrender the exclave, therefore an armed conflict between the Russian Federation and NATO is still possible, local and, most likely, without the use of nuclear weapons.

Secondly, there is a non-zero likelihood of a collision between Russia and the North Atlantic Alliance over Belarus. We will remind that until recently in this country mass protests raged because of the ambiguous results of the summer elections. Subsequently, a conspiracy to assassinate President Lukashenko was exposed there. Abroad has its own "President of the World" Tikhanovskaya. If the pro-Western opposition nevertheless seizes power in Minsk, scenarios with the introduction of NATO troops at its request to "ensure human rights and freedoms" are quite possible, and there will certainly be those in the country who will support this. Will the Kremlin again jump on the "Ukrainian rake" and pretend that all this is a purely internal Belarusian affair, and everything is under control? Let's hope that some conclusions were drawn after 2014.

ThirdlyThis is directly Ukraine, where nothing has ended yet, but on the contrary, everything is just beginning. In response to Kiev's outspoken preparation for the violent seizure of the DPR and LPR, Moscow pulled over 100 military personnel to its western border. technique... Despite the fact that in the Kremlin all this is stubbornly called simple exercises, it is obvious that in this way it was supposed to "cover" the unrecognized republics in the event of a threat of their military defeat from the side of the Armed Forces of Ukraine. As a result, the "exercises" ended, most of the troops were withdrawn from the Ukrainian border, but the equipment remained at the training grounds not far from Nezalezhnaya. This was motivated by the need for her to participate in the upcoming exercises "West-2021". If necessary, our army men can be quickly deployed back.

What does NATO have to do with it? Moreover, the current large-scale military exercises in Europe are undoubtedly positioned as the West's response to the deployment of Russian troops along the borders of Ukraine. In the event of an attempt at a large-scale attack by the Ukrainian Armed Forces on the DPR and LPR, the Ukrainian army would have been defeated by a counterstrike from the RF Armed Forces, and then there would have been a great temptation to move further into the territory of Independence. And here the NATO force group deployed in Europe for exercises could act as a "roof" for Kiev. Having in hand a request from Kiev, the North Atlantic Alliance is able to transfer its forces to Independent in order to stop the offensive of the RF Ministry of Defense.

There are probably other scenarios in which the NATO bloc may collide with the RF Armed Forces, for example, in the Baltic states, but this cannot be called a full-scale war of destruction, but rather a redistribution of spheres of influence by force.
Ctrl Enter
Noticed oshЫbku Highlight text and press. Ctrl + Enter
We are
Who actually won the Cold War and what the future holds for the world
"We must beat first": the geopolitical alignment around Russia is continuously deteriorating
Reporterin Yandex News
Read Reporterin Google News
41 comment
Information
Dear reader, to leave comments on the publication, you must sign in.