Why Iran is sending warships to Venezuela 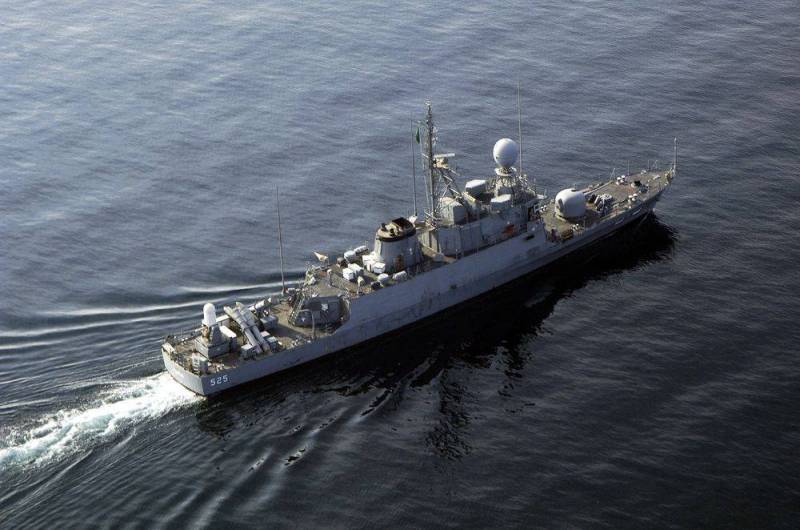 A few days ago, the whole world was stunned by a very unexpected news - The Islamic Republic of Iran has sent two ships of its navy to South America.


This event in itself cannot be called an ordinary one - previously, Iran has rarely demonstrated any capabilities and desire to expand its military presence outside the Middle East. A special piquancy of the situation is added by the fact that one of the ships is the operating base of the notorious Islamic Revolutionary Guard Corps, or rather, its legendary elite Quds unit, which is responsible for conducting special operations outside Iran.

Naturally, this fact caused great confusion and outrage in the United States, which immediately protested what was happening.

So, let's try to figure out why Washington is so fiercely opposed to the presence of Iranian forces in South America?

It would be worth starting this conversation with a small excursion into the history of the last decades. Perhaps for some it will come as a surprise, but serious relations between the Islamic Republic and Venezuela did not emerge today or yesterday - their foundation was laid at the beginning of this century.

After the revolution and the Iran-Iraq war, Tehran desperately needed any new markets and was looking for potential allies - and as such, only rogue countries like Iran, which Venezuela was at that time, looked confident as such.

Further rapprochement between the two states was predetermined - they had enough points of contact, both in the sphere economicAnd political relations closely tied to anti-American rhetoric (which was successfully fueled by sanctions packages from Washington).

We are with Iran forever. As long as we are united, we can defeat imperialism, but if we divide, they will crush us
- once declared Hugo Chavez, the former president of Venezuela.

So, by itself, the events taking place now are not some desperate improvisation that many analysts in the Russian information space talk about so often. By no means, Tehran is acting within the framework of a long-established relationship, and the message of its current actions is closely tied to two key factors: the election of a new president of the Islamic Republic and negotiations on a nuclear deal, which are currently taking place in Vienna.

As many probably already know, presidential elections will be held in Iran on June 18. Victory over them, in essence, is a foregone conclusion - judging by a number of indirect signs, they will be dominated by forces oriented towards some variation of the restoration of the principles of the 1979 revolution in its Khomeinist version. Of course, they also have a negative attitude towards the policy of the current Rouhani-Zarif government, which is oriented towards a "deal" with the West through absolutely any concessions.

A small digression is worth making: Rouhani and Zarif belong to the reformist camp. The main instrument of their foreign policy was diplomacy, through which they for several years unsuccessfully tried to reach agreements with the EU and the United States. This strategy did not pay off: the deal with the West collapsed before it took effect, and the situation in Iran and neighboring countries only worsened.

In turn, the political bloc of "neo-Khomeinists" advocates a policy of forceful pressure. In their vision, Iran's only option for survival lies in resisting external pressure. Opponents of the Rouhani and Zarifa bloc (which also include the Islamic Revolutionary Guard Corps, as well as related structures) put forward the thesis of "active defense". Naturally, such protection of the political and military achievements of the Islamic Republic includes support for radical movements (such as Hamas and Hezbollah groups), the use of force, strengthening the military presence abroad, along with building a self-sufficient economy within Iran itself (and this is also very important in the topic of our conversation today).

It is easy to understand that the sending of warships by the IRGC to Venezuela is one of the pre-election gestures of the new political bloc. It is directly related to the second aspect of the foreign policy of the Islamic Republic - the negotiations on the nuclear deal.

Of course, militarily, this gesture does not pose any threat to the United States (although Washington is trying to play the “terrible threat” card from one frigate and a floating base converted from a tanker) - the real combat capabilities of an improvised naval formation are very, very modest. But you can't talk about the political side of the issue like that - in the current negotiations, such a bright gesture of cooperation with the Maduro regime serves as an excellent argument for bargaining with Western countries. Iran already has many of them: the Houthis (who have sharply intensified hostilities on the border with Saudi Arabia), Hezbollah, control of the Bashar al-Assad regime and the development of the national nuclear industry.

Naturally, it would be naive to believe that the Islamic Republic will confine itself exclusively to theatrical gestures - the cruise of the IRGC ships also has other tasks closely related to Tehran's desire to provide itself both reliable protection from outside encroachments, and to make a significant breakthrough in the field of science and equipment.

It so happened that Venezuela has one of the largest reserves of uranium ore in the world - back in 2006, Iran began active geological exploration in the country, seeking to provide itself with such a strategically important resource at the expense of an ally. Earlier, according to unconfirmed reports, the Islamic Republic has already received uranium from Caracas - and Tehran urgently needs it now, when the scientific and industrial processes of Iran were seriously affected by the attack of Israeli hackers (according to some information, the cyber attacks dealt a strong blow to the Iranian nuclear power industry).

Of course, the transportation of such an important cargo cannot be carried out by the ships of the Iranian civil fleet - moreover, only last summer, the United States seized 4 Iranian cargo ships, which were en route without security to Venezuela. The precedent has been well understood, and Tehran clearly does not want to be negligent in matters of strategic security. It was quite a logical solution to such a serious task to send the best of the best - or rather, the Quds division.

Summing up, we can say that what is happening is clearly connected with much more global processes than the trivial electronic intelligence off the coast of America, of which Washington is so desperately trying to convince us.
Ctrl Enter
Noticed oshЫbku Highlight text and press. Ctrl + Enter
Reporterin Yandex News
Reporterin Yandex Zen
5 comments
Information
Dear reader, to leave comments on the publication, you must sign in.