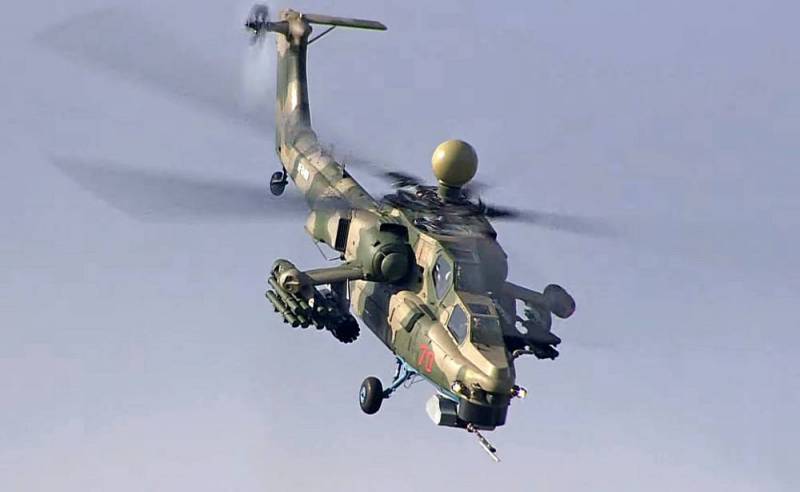 The Russian helicopter industry continues to hold its leading positions in the world. This can be judged by the updated Mi-28NM Night Hunter attack helicopter, which has accumulated experience of military operations in Syria. He will take part in the flight program of the International Aviation and Space Salon - 2021, which will take place on July 20-25 in Zhukovsky (Moscow region).


The Mi-28NM will be able to carry four product 305 helicopter cruise missiles with a range of 100 km on its external sling points, said RIA News" informant in the Russian aviation industry. He specified that this ammunition is currently being tested.

The informant stressed that no other helicopter in the world is armed with such powerful and long-range multifunctional cruise missiles. The use of such ammunition will significantly expand the capabilities of the rotorcraft to destroy various enemy objects, accumulations of manpower and equipment.

The ability to carry four cruise missiles at once puts the Mi-28NM on the same level as front-line bombers by the type of targets they hit.
- explained the informant.

It should be noted that the Mi-28NM is also armed with Chrysanthemum-M anti-tank guided missiles, which penetrate 1,2 m thick armor at a distance of up to 10 km. In addition, the "Night Hunters" arsenal includes "Attack" guided missiles with a laser guidance system, aerial bombs weighing up to 500 kg and other weapons systems. These helicopters can perform a wide variety of missions. By 2028, the RF Armed Forces should receive 100 units of such helicopters.
Reporterin Yandex News
Reporterin Yandex Zen
3 comments
Information
Dear reader, to leave comments on the publication, you must sign in.