In Ukraine, they compared their "Alder" with the Russian MLRS "Tornado-S" 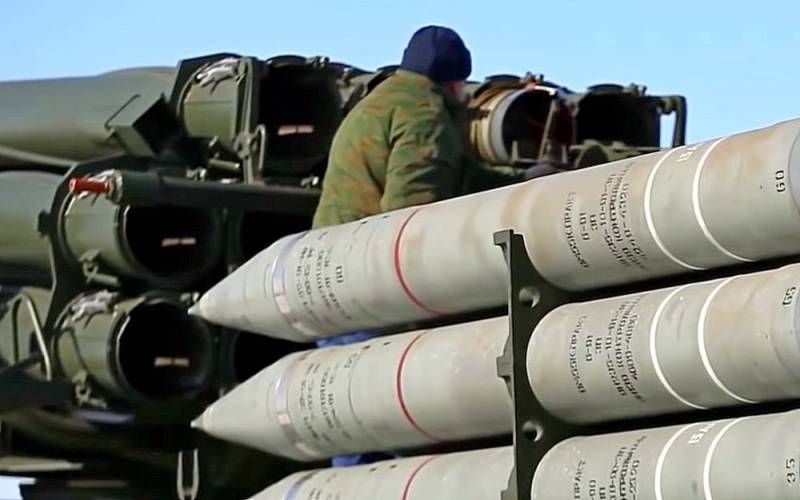 Russian gunsmiths announced a major improvement of their "Tornado-S" MLRS. Therefore, it makes sense to compare it with the Ukrainian "Alder" and similar products of the military-industrial complex of other countries, writes the Defense Express portal from Ukraine.


In 2020, for their MLRS, the Russians developed and tested new high-precision guided missiles (UR) with inertial and satellite guidance systems (but without GOS). Now they are creating another missile launcher, but with a combined homing head (with television and thermal imaging guidance channels) and a semi-active laser system.

MLRS are designed to destroy enemy troops dispersed over large areas, as well as to disable various objects and remote mining of the terrain. 9K515 "Tornado-S" are designed to replace the 9K58 "Smerch". New ammunition enables the Russians to hit multiple targets with one salvo. Each missile can be supplied with the necessary data and the flight of the ammunition can be adjusted after launch. At the same time, the combat vehicle (BM) has 12 tubular guides for 300-mm missiles with individual reloading.

SD "Tornado-C" fly at a distance of up to 120 km, but the Russians promise to increase the range to 200 km. The circular probable deviation (CEP) of the missile from the target is 10 m. For target designation, you can use the Orlan-10 drones and other UAVs. The weight of the rocket is 828 kg, while the warhead (warhead) weighs 150 kg. Warhead can be monoblock (high-explosive fragmentation or thermobaric), as well as cluster with submunitions (fragmentation, cumulative fragmentation, self-aiming, anti-tank mines). A full salvo of one BM with cluster munitions can cover an area of ​​67,2 hectares. Reload time - 36 minutes.

The Ukrainian MLRS "Alder" (caliber 300-mm) was created on the basis of the MLRS "Smerch" and has been in operation since 2018. It includes the modified BM 9A52-2 "Alder" and new UR G-624 weighing 800 kg (MS - 250 kg), with a range of up to 70 km and KVO - 10 m. The UR is equipped with inertial and satellite correction systems and has a gas jet and aerodynamic control. Since 2019, the newest Alder-M MLRS has been tested with the R-624M missile launcher weighing 800 kg (warhead - 170 kg), with a flight range of up to 130 km. A further improvement of the SD was announced by the introduction of a modified rocket fuel (TSRP subclass 1.1). This will increase the weight of the warhead by 6%, increase the thrust impulse by 18% and increase the range by 40% for each missile launcher variant. Therefore, even the basic Alder with new fuel will be able to fly more than 100 km, and some versions of the UR - 200 km.

Comparison of the performance characteristics of the "Tornado-S" with the data of other MLRS shows that the future Russian missile launcher should receive "sniper accuracy" (KVO less than 5 m). However, if the warhead has a weight of more than 100 kg, then this does not make sense and will only lead to a serious increase in the cost of ammunition. It is also unknown how the Russians will increase the range to 200 km. Therefore, it is too early to talk about the increase in the effectiveness of "Tornado-S", before the appearance of this SD.

The firing range indicators of the Tornado-S are comparable to the Alder-M and a number of other samples. The Russian MLRS has the smallest warhead weight (except for the Lynx / EXTRA rocket), a long reload time, the best KVO performance and the number of guides, but does not provide modularity and multi-caliber capability. It should be noted significant progress in China, which has developed three systems, as well as Israel, where there was a modular and multi-caliber MLRS with the highest cost-effectiveness, summed up the media.
Ctrl Enter
Noticed oshЫbku Highlight text and press. Ctrl + Enter
We are
Space shield of the Motherland: the West is not in vain afraid of Russian inspector satellites
New weapons on the way: What is known about the anti-satellite complex "Burevestnik"
Reporterin Yandex News
Read Reporterin Google News
2 comments
Information
Dear reader, to leave comments on the publication, you must sign in.