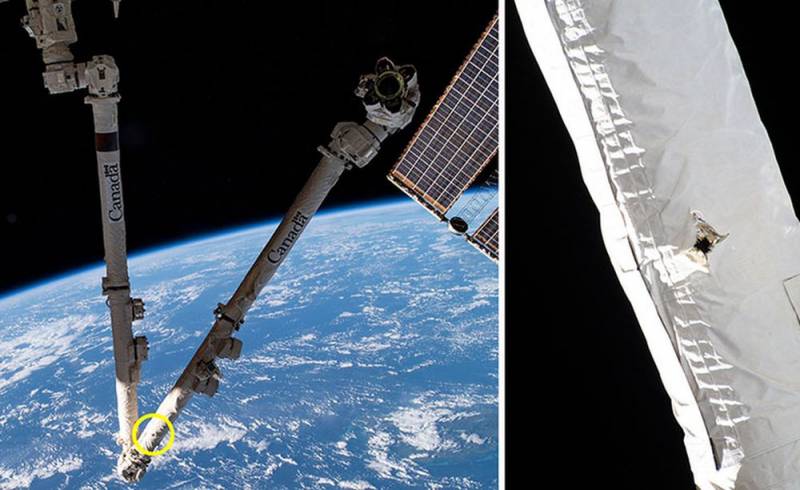 The debris in our planet's orbit poses a threat to the International Space Station. On May 28, 2021, the Canadian Space Agency (CSA) reported that its Canadarm-2 mobile servicing system (manipulator) on the ISS received a hole.


The Canadians clarified that the hole was discovered on May 12 during a routine inspection of equipment. CSA and NASA personnel photographed the area of ​​the manipulator in which the object fell. The blow fell on the heat-protective coating, the site is localized and should not interfere with further work.

Canadarm-2's activities are of great importance. It was sent into orbit in 2001. The ISS was assembled and serviced using a manipulator. It moves equipment and cargo, helps cosmonauts / astronauts work in outer space, and maintains equipment outside the ISS.

Note that the above incident with Canadarm-2 was another such case, when the ISS gets a hole due to passing space debris. Moreover, this manipulator is a very necessary and useful mechanism. For example, at the end of July 2019, thanks to him, the Cargo Dragon spacecraft of the American company SpaceX successfully docked with the ISS.
Reporterin Yandex News
Reporterin Yandex Zen
7 comments
Information
Dear reader, to leave comments on the publication, you must sign in.