Why does Russia need "Pakistani Stream" 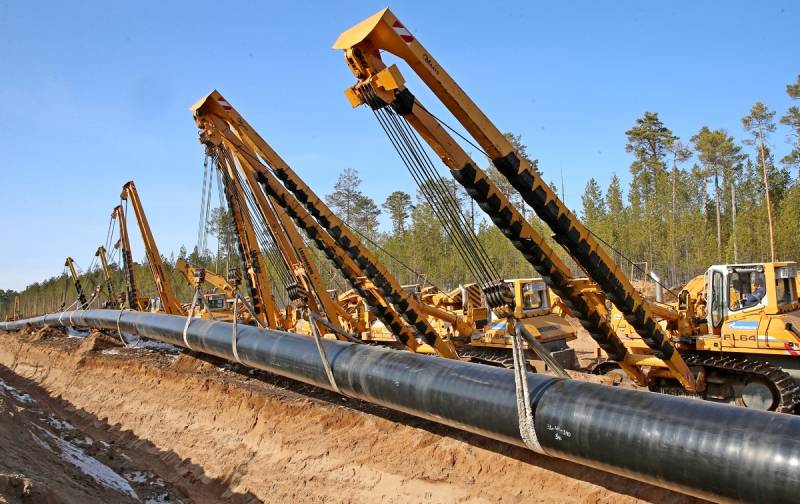 Last news in the Russian economics inevitably made me shudder: Moscow and Islamabad signed an agreement on the construction of the Pakistani Stream gas trunkline. The first thought was the assumption of another adventurous megaproject of Gazprom, which should pass through several openly problematic transit countries. However, unfortunately, or fortunately, our "national treasure" this time is not in business, and everything is a little different than it seems at first glance.


First, you need to decide what the Pakistani gas market is. Due to the rapid economic development of the region, the demand for hydrocarbons is actively growing in Pakistan and neighboring India. The problem for Islamabad is that its own resource base is relatively small. Domestic production is about 41 billion cubic meters per year, and this is not enough for a long time, since a third of the total electricity generation is gas. The country's authorities are trying to solve the problem of the shortage of energy resources in two directions at once.

The easiest way to ensure the import of hydrocarbons was the construction of LNG terminals. The launch of five regasification terminals at once has been announced by 2022. Interestingly, among the participants in this large-scale project, the Gunvor Group company of the notorious St. Petersburg businessman Gennady Timchenko was noticed. However, to deliver "blue fuel" inland, an appropriate infrastructure is required. This is how the idea arose of a main gas pipeline to connect the ports of Karachi and Gwadar on the southern sea coast with the city of Lahore in the north, where power plants and large industrial enterprises are located.

Initially, the project was named North-South, but was later renamed Pakistan Stream Gas Pipeline. Its throughput capacity should be 12,4 billion cubic meters per year, its length - 1100 kilometers, and the cost is estimated at $ 2-2,5 billion. It was supposed to be built by the subsidiary structure of Rostec, the company RT - Global Resources, and the share of the Russian side should be 86%. But then, alas, problems began. Due to the risk of the state corporation falling under US sanctions, it was replaced in the project by a consortium of companies, which included the FSUE Center for Operational Services, the Eurasian Pipeline Consortium, the RF Ministry of Energy, and the Pipe Metallurgical Company (TMK). The total share also decreased from 86% to a blocking stake of 26%. The Russian side is responsible for the design, engineering, construction and selection of Pakistan Stream contractors.

The second direction in which Islamabad intends to cover its growing demand for "blue fuel" is the TAPI gas pipeline. It originates from the giant Galkynysh field in Turkmenistan and should pass through Afghanistan, Pakistan and India, ending in the west of this country. Its throughput capacity is 33 billion cubic meters per year. On its territory, New Delhi has already prepared all the necessary infrastructure, Islamabad has carried out preparatory work, Ashgabat has also practically completed the laying and solemnly made a symbolic joint on the border with Afghanistan. But so far, this problem country is the bottleneck in the implementation of this energy project. Neighbors view the construction of TAPI as one of the important economic steps towards restoring peace and prosperity in Afghanistan. We'll see.

Why are these two projects important for Russia?

At first, "Pakistani Stream" in the future should be connected with the main pipeline TAPI. Thus, a unified gas transportation infrastructure will be created in this country, the co-owner of which will be the Russian side. Yes, 26% is significantly less than 86%, but it is definitely better than 0%.

SecondlyMoscow expects that Russian LNG suppliers will be able to gain a foothold in the Pakistani market, which is currently dominated by Oman and Qatar. This was recently announced by Russian Foreign Minister Sergei Lavrov:

Some time ago, there was a mutual interest in the supply of Russian liquefied natural gas through the companies Gazprom, Rosneft and Novatek. Relevant proposals have been made, and we are awaiting a response from our Pakistani partners.
For domestic LNG exporters, this is an attempt to gain a foothold in the promising Pakistani market. Yes, the Middle Eastern monarchies have a number of competitive advantages, due to their smaller logistical leverage, over the Russian factories in Sakhalin and Yamal, but domestic LNG will be able to “pull” its market share.

Thirdly, increased consumption in neighboring Pakistan, India and Bangladesh will eventually pull Qatari and Omani gas from the European market. This will to some extent improve the position of Russian LNG in the Old World.

Thus, the Pakistani Stream will not bring any super profits, but it will be a step forward to consolidate Moscow's economic positions on the territory of former British India.
Ctrl Enter
Noticed oshЫbku Highlight text and press. Ctrl + Enter
We are
Peace enforcement operation. Russia inflicts a preemptive strike on Kiev
Three years left: Ukraine will be sold in parts
Reporterin Yandex News
Read Reporterin Google News
13 comments
Information
Dear reader, to leave comments on the publication, you must sign in.