Refusal from Russian electricity as a sentence to the Ukrainian economy 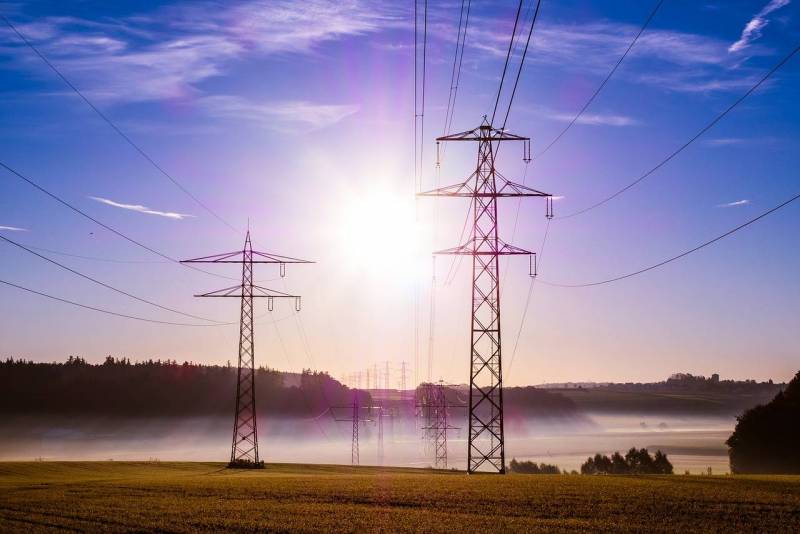 Ukraine has introduced a ban on the purchase of electricity from the Russian Federation and the Republic of Belarus until October 1, 2021. The “young democracy” obviously did not like the “aggressive” Russian and “terrorist” Belarusian electrons. True, the ban is temporary, and already with the onset of the first cold weather Kiev can revise its principles again.


Yes, in spite of the fact that Russia is recognized as an "aggressor" country in Ukraine, we still supply electricity to Nezalezhnaya. True, the supply volumes are relatively small, accounting for about 5% of the total. The main importers of Russian electricity are Finland, Kazakhstan, China and (drum roll) Lithuania, one of the most Russophobic-minded Baltic republics. We are united with it into a single energy ring BRELL, from which Riga, Vilnius and Tallinn are threatening to leave already in 2025. We'll see. By the way, Ukraine also intends to sever the energy connection with Russia, which in the next few years plans to disconnect from the common energy system with the Russian Federation and the Republic of Belarus and join the European one. Strictly speaking, this was the motivation behind the need to stop purchases from countries outside the Energy Community in the letter of the Ministry of Energy to NEURC:

This contradicts the strategic goals of Ukraine in the energy sector (in particular, the synchronization of the Unified Energy System of Ukraine with ENTSO-E [the unified energy system of Europe]) and potentially threatens energy security.
The decision to abandon the purchase of Russian and Belarusian electricity in the expert community is assessed differently. on the one hand, there is a popular opinion that this is a kind of "hype". The restriction is being introduced now, when the hot summer season has actually begun. Electricity consumption has decreased, there is no need to use it for heating. As soon as the cold weather returns, Kiev will lift the ban and resume the purchase. This has already happened more than once. So, last winter in Nezalezhnaya there was a power deficit of 10-15% due to an emergency at the Zaporizhzhya NPP (oh, those "horsemen of the Apocalypse"!), And the Ukrainian authorities, not at all embarrassed, doubled the volume of its imports.

There is also a completely plausible version that the Ministry of Energy of Ukraine is just a tool in the "showdown" between competing groups of local oligarchs. In particular, the cessation of purchases of Russian and Belarusian energy will lead to an increase in its cost for domestic consumers, which will entail an increase in the costs of Ukrainian ferroalloy plants owned by the notorious billionaire and former governor of the Dnipropetrovsk region, Igor Kolomoisky. However, under conditions of artificial shortages, the demand for electricity produced by DTEK, another Ukrainian oligarch, Rinat Akhmetov, will increase. Sounds pretty convincing.

But, on the other hand, it must be borne in mind that the reduction in electricity consumption in Nezalezhnaya is an objective process, an integral part of the de-industrialization that is actively taking place in the country. The former electricity volumes of the “young democracy” are simply no longer needed. De-industrialization has been going on steadily, according to the Ukrainian statistical office, since 2014, economy loses 0,6 to 2,6% of GDP quarterly. In the first two months of 2021 alone, industrial production fell by 4,2%. The production of road transport, bricks and footwear over the past 2020 decreased by 20%, the assembly of electric motors, transformers, metal structures and weapons - by 25%. The output of metalworking machines, steam boilers, grape wines and sugar fell by a third. The once leading backbone industries of Ukraine - coal mining, coke production, metallurgy, mechanical engineering, gas and oil production - are in the most deplorable state, since their enterprises are provided with orders for only 2-4 months.

This is a real disaster, and it is man-made in nature. The most interesting thing is that the Ukrainian authorities themselves arranged it for themselves. The "atomic bomb" for the Nezalezhnaya economy was laid back in 2008, when Kiev in a hurry entered the WTO in order to be there before Moscow. This was done on extremely unfavorable conditions for Ukraine. Then the Agreement on Association and the Creation of a Free Trade Area (FTA) was signed with the European Union. As a result, there was a gradual rupture of cooperation ties with Russia and other CIS countries. At the same time, Kiev itself aggravated its problems by introducing restrictions on the supply of its products to the Russian market. There was a rapid collapse of high-tech exports, and it was not possible to find a replacement in the EU. There are enough Western corporations that can lobby for their interests. A timid attempt to pass a bill on localization in public procurement of mechanical engineering products, requiring to bring the localization of production to the level of 25-40% in public procurement from 2021 and by 40-60% from 2024, failed under pressure from officials from Brussels, who saw this as a violation of the rules of the agreement about "Euroassociation". There is a continuous outflow of the able-bodied population to the border, and the quality of education is declining.

In general, everything looks pretty pessimistic. Therefore, should we be surprised at the general trend towards a decrease in energy consumption in this unfortunate country ruined by its own authorities and oligarchs?
Ctrl Enter
Noticed oshЫbku Highlight text and press. Ctrl + Enter
We are
The Balts have chosen "Ukrainian methods" to fight the BelNPP
What comes out of the Baltic exit from BRELL
Reporterin Yandex News
Read Reporterin Google News
6 comments
Information
Dear reader, to leave comments on the publication, you must sign in.