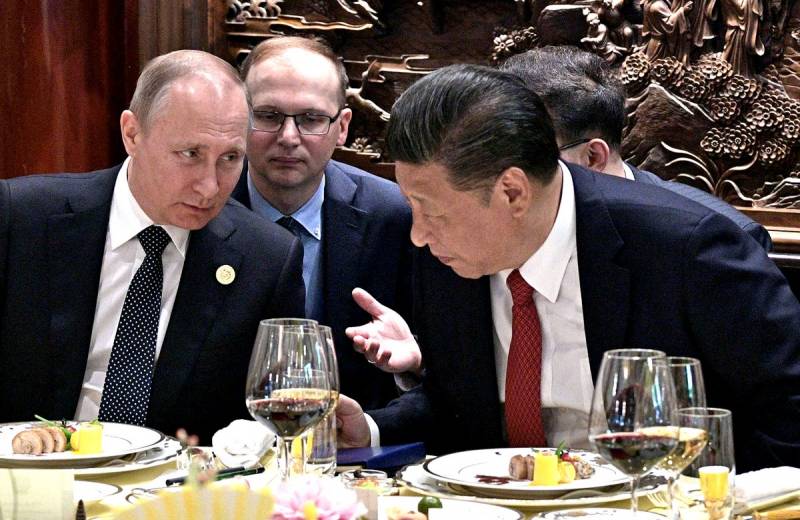 Already in June, Switzerland may host the first face-to-face meeting of Presidents Putin and Biden. At the same time, "Sleepy Joe" himself, as well as the German and French leaders made a number of openly conciliatory statements, which contrasts sharply with the "roll-over" that is now coming from the West in relation to our allied Belarus. What is the reason for such an atypical peacefulness on the part of Washington, Berlin and Paris?


Let's first go through the facts, and then try to understand their background. Let's take a look at the key statements by Biden, Merkel and Macron regarding the Russian agenda in recent weeks.

At first, the American president said that "Russian hackers" were not involved in the recent large-scale cyberattack on the operator of the Colonial Pipeline. It sounds rather unusual considering that sanctions were imposed against Moscow a little earlier and for a much lesser reason without evidence.

SecondlyJoe Biden, who during his presidential campaign sharply opposed Nord Stream 2, suddenly announced that further struggle with it had actually lost its meaning:

It was almost completed by the time I took office. I think that the introduction of sanctions now would be counterproductive from the point of view of our relations with Europe.
ThirdlyWhite House spokeswoman Jen Psaki said Russia had nothing to do with the Ryanair landing incident in Belarus. These are the times. But what about our famous "Petrov and Boshirov"? Is it really possible without them?

FourthlyGerman Chancellor Angela Merkel also stated that there was no evidence of the involvement of Russian special services in the seizure of Belarusian oppositionist Roman Protasevich, who called on Minsk to immediately release both of them.

Fifthly, on the need to revise the sanctions policy French President Emmanuel Macron also spoke to Russia. According to him, restrictive measures have ceased to be effective:

We must <...> define a strategy for the medium and long term, given the fact that security in Europe goes through a demanding dialogue with Russia.
Taken together, all this looks as if the Kremlin has outplayed everyone again, and now everyone wants to be friends with us again. But is it? Does such a drastic change in the Western countries' approach to Russia have a different background? To adequately answer these questions, it is necessary to take into account the general geopolitical context. Who is listed as the main threat to the national security of the "hegemon"? That's right, Russia and ... China.

Quite frankly, it is the PRC that poses the greatest threat to the United States today due to the huge volumes of its economics and powerful military-industrial potential. The Chinese dragon, the brainchild of "globalists", has grown incredibly and poses a danger to its very overseas creators. The problem for the US Democratic Party is that the head of the People's Republic of China, Xi Jinping, in ideological terms, rather refers to their implacable opponents, the "imperials," the Chinese "imperials," with whom the American "empire" Donald Trump staged a trade war. Comrade Xi's terms of office expire in 2023, but in 2018, the Celestial Empire underwent its own "zeroing", and a provision was removed from the country's constitution prohibiting holding the post of head of state for two 5-year terms (familiar, right?). This means that, in fact, Xi Jinping will be able to become the chairman of the PRC for life. The "globalists" no longer have any hope of a peaceful change of power in Beijing to a more pro-Western one. At the same time, the Communist Party of the PRC began to put pressure on its own corporations, whose owners, in an ideological sense, are allies of the American Democrats. Thus, the Chinese authorities harshly laid siege to the founder of Alibaba, Jack Ma, who allowed himself to publicly criticize the authorities.

And then what options for "democratizing" the Celestial Empire remain with Washington? Obviously, if it is not possible to take the PRC under indirect external control and gradually "drive it into a stall," then such a formidable adversary will have to be somehow weakened. It would be optimal if, instead of one powerful China, claiming the status of the world's second superpower, there would appear several smaller Chinas, constantly at war with each other, over which the world community, led by the United States, would assume the functions of an arbiter. For all the complexity of this task, there are certain prerequisites for the collapse of the PRC: there is a huge difference in the level of development and quality of life between the densely populated industrial coastline and the continental hinterland, the presence of such problematic regions as Xinjiang Uyghur, Hong Kong, Tibet, and we will not forget about Taiwan.

Beijing is strong as long as its economy is strong, but it is objectively export-oriented. If the EU and US markets are closed to China, this will lead to a real collapse, so the country's leadership is actively pursuing a policy of developing its own internal market in order to avoid total dependence on external ones. At the same time, the Celestial Empire got into debt. In 2020, the size of public debt to GDP was 66,8%, and this ratio is growing from year to year. To continue sustainable development, Beijing needs active external expansion, where China objectively collides with the interests of the "hegemon" and its allies. It turns out that the US can "besiege" and weaken the Celestial Empire by economic methods. To do this, the Americans need to put obstacles in the way of the development of the "New Silk Road", cut off China from external resources, and deprive allies.

And so we again return to the topic of an unexpected "warming" of relations between the West and Russia. What is our country for Beijing? This is a gigantic empty territory, huge natural resources, which the Kremlin itself is ready to sell to the Chinese at a reasonable price. This is a convenient transit space on the way from Asia to Europe, both by land and along the Northern Sea Route, which the Americans are unable to block. It is a reliable rear in a potential armed conflict in Beijing with its "rebel territories", where Russia can act as an ally and help with arms and military technology... And what, logically, should the "hegemon" and his satellites do?

That's right, try to tear Moscow away from the alliance with the PRC, prevent China from crushing Russia under itself, stop its "turn to the East", get guarantees of the Kremlin's neutrality in the event of some radical scenarios on the territory of its Chinese neighbor. Hence the unexpected "warming" in relations with the West, and "goodies" before the meeting of the two presidents, such as the possibility of allowing the completion and launch of Nord Stream 2 at least half of its design capacity.

However, it is possible that we just outplayed everyone again.
Ctrl Enter
Noticed oshЫbku Highlight text and press. Ctrl + Enter
We are
Ukraine from the inside: traitors, curators and those who watch from the Kremlin
Ten "defeats" of Putin
Reporterin Yandex News
Read Reporterin Google News
15 comments
Information
Dear reader, to leave comments on the publication, you must sign in.