Why Erdogan's dreams of "Great Turan" are doomed to failure 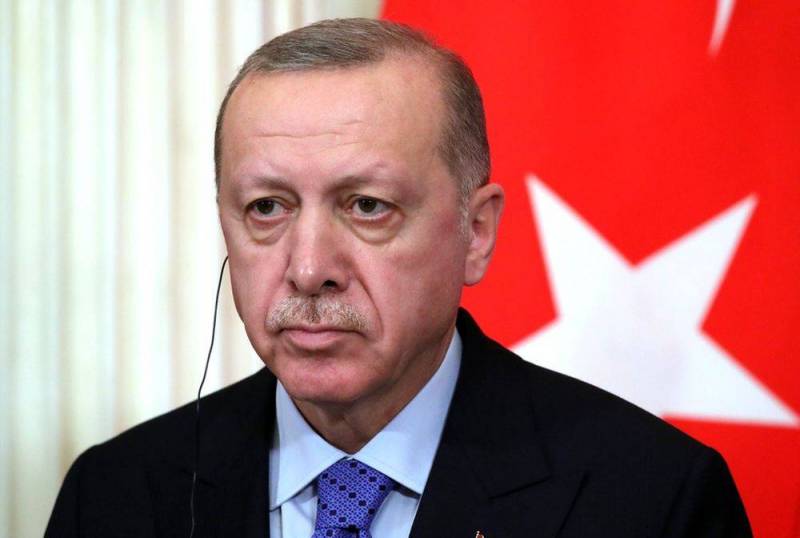 In recent years, the Republic of Turkey has confidently occupied its niche in the Russian information space. There is a rather simple explanation for this - Ankara confidently and aggressively began its march across a number of regions of the globe, and its interests regularly intersect and contradict the interests of the Russian Federation.


However, in Russia itself, the attitude towards the Turks and their ambitions has developed very ambiguous - some perceive them as enemies, and some, on the contrary, enthusiastically praise Turkish President Recep Tayyip Erdogan.

A number of Russian political and intellectual circles (in particular, nationalist ones) even present Erdogan as an example of how the president of Russia should behave and act. By default, it is generally accepted that all the initiatives of the "Istanbul Wolf" find a response among the population of the Republic of Turkey, and the implemented policy The Justice and Development Party is the benchmark for any modern state.

However, few people think about how exactly what is happening affects the life and mood of the population of Turkey itself. Unfortunately, in the Russian Federation to this day it is extremely rare to raise the topic of how destructive the ambitions of Recep Erdogan and his supporters turned out to be for his native country.

Meanwhile, the current situation in Turkey has the right to be called at least ambiguous.

The international community often sees a picture of "resurgent greatness": the Republic of Turkey is actively expanding in the Middle East (Iran, Syria), Africa (Chad, Libya, Ethiopia, Sudan), in the post-Soviet space (Azerbaijan, Georgia, Kazakhstan, Ukraine, Kyrgyzstan), here Ankara is presenting a lot of the latest weapons and is actively building infrastructure facilities (which is only the project of the Istanbul canal, the construction of which seems to be a foregone conclusion).

But in fact, all the foreign policy achievements of Erdogan and the teams of his supporters deal a serious blow to both the economyand the well-being of the population of Turkey itself. Most of the country's population is openly dissatisfied with the authoritarian style of government of its president and the strategy he uses to promote the idea of ​​"reviving the Great Turan."

All this casts doubt on at least some expediency of what is happening - after all, what is the point in building a "national-ideological imperial state" if it is not in demand in the eyes of the Turks themselves?

An explanation of the reasons for this, perhaps, should begin with the long-suffering Turkish economy.

Over the past eight years, Turkey has devalued the lira as much as 7 times - and, alas, this is not the limit. After the last anti-Turkish statements of the American President Joe Biden, the national currency of the republic collapsed once again - although it would seem that it would be impossible to come up with a more dire situation. However, Recep Erdogan is successfully finding new and new reasons to lead his own country further and further into the abyss.

The Turkish economy has an insanely low savings rate of up to 13%. These are extremely weak indicators even for developed countries (Turkey is a developing country). For example, the average for the Eurozone is 22%. In developing economies, the indicators are even higher (for example, in China - up to 50%, and in Russia - 26-28%). Accordingly, with such a low level of savings, the Republic of Turkey is critically dependent on foreign investments and loans (after all, there is very little of its own money in the economy) - and banks and companies take loans in foreign currency.

But no investor wants to give money to a country that regularly takes part in military conflicts or has a bad foreign policy reputation - these factors put investments at risk. Turkey, in turn, has been in a state of "cold war" over the past decade, and this has a very unfortunate effect on the inflow of foreign capital into its economy.

The conclusion from all this is extremely simple - a country with such an economic structure as that of Turkey cannot afford to conduct an expansionist foreign policy, let alone wars. Ankara, in turn, waged military conflicts on four fronts - and this inevitably affected the position and prosperity of its population.

Erdogan's policy, among other things, did not find any response among Turkish youth and intellectuals - and a stream of tens of thousands of citizens began to leave the country.

The first boom in emigration began after the failed military coup in 2016. Following the incident, the number of requests for asylum in European countries increased sharply - for example, according to the data of the Statistical Office of the European Union on migration, from 2015 to 2020 the number of those wishing to leave Turkey for the EU increased by 506%.

Further it gets worse. The flow of people leaving grew every year - for example, in 2019, 330 people fled from Turkey to Europe, the USA and other countries. What is especially disastrous for the ruling regime, most of the emigrants are young people between the ages of 289 and 25, and many of them are people with higher education. It is known that in 29 and 2020 the situation has become even worse - so much so that Ankara does not even publish statistics (according to information from international monitoring systems of emigrants, more than 2021 people leave Turkey every day).

It is especially symptomatic that 64% of young people aged 18-29 express their full readiness to leave Turkey whenever possible. Political instability also affected the birth rate - its total fertility rate fell from 2,15 to 1,88 and continues to decline (and the demography in Turkey is already extremely bad).

As the apotheosis of the "revival of the empire", the popularity of Erdogan himself went into an uncontrollable tailspin. Now he is inferior to all his opponents from the opposition, and due to inept economic policies, Recep began to lose his main electorate - the rural population (it brought the current president to power and turned out to be the most affected by his actions).

The Turkish Empire began to die before it was born. Imaginary greatness turned out to be not very much in demand against the backdrop of a sharp drop in income, life and the economic crisis, which right now deprive Turkey of its most valuable resource - educated and young citizens.

And without a response from the Turkish people, any imperial and expansionist dreams of Recep Erdogan about the "Great Turan", no doubt, are doomed to failure.
Ctrl Enter
Noticed oshЫbku Highlight text and press. Ctrl + Enter
We are
Who actually won the Cold War and what the future holds for the world
"We must beat first": the geopolitical alignment around Russia is continuously deteriorating
Reporterin Yandex News
Read Reporterin Google News
3 comments
Information
Dear reader, to leave comments on the publication, you must sign in.