Belarusian front: why Russia won, and Ukraine and the Baltic states lost 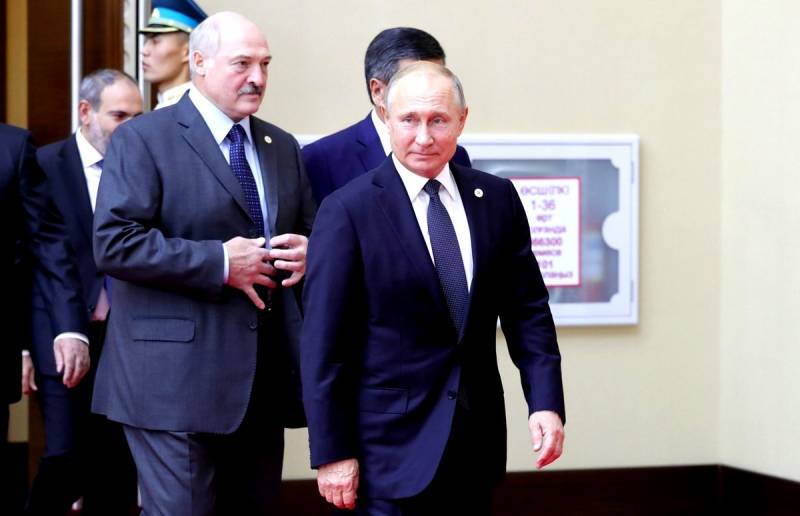 Only a few days have passed since the scandalous detention of the Belarusian opposition leader Roman Protasevich, but already now it is possible to draw certain intermediate conclusions about who won from this controversial story and who lost. If the situation continues to develop in the current vein, then Belarus itself, neighboring Ukraine and the Baltic countries can be attributed to the “losers” already now, and Russia turned out to be the unexpected winner. What gives us reason to believe so?


Why Belarus belongs to the losers is not difficult to guess. After the high-profile presidential elections in 2020 and the harsh suppression of dissent in this country by the security forces, the fourth package of restrictive measures is shining for official Minsk. “President of the Light” Tikhanovskaya actively asked Western leaders to do this, and the EU authorities confirmed their readiness. However, no one was ready to finally beat all the plates with Lukashenka in the West. The maximum that was discussed was personal sanctions against several dozen individuals in Belarus. In a sense, Alexander Grigorievich himself set himself up, creating new problems for himself out of the blue.

What other problems! The West took advantage of a convenient pretext to demolish the "last dictator of Europe" regime, which it did not recognize, and introduced new tough sanctions against Belarus. Our only official ally found itself in an air blockade: Belavia is now prohibited from flying to EU airports, and European companies are prohibited from using the republic's airspace. Such well-known air carriers as Lufthansa, KLM, Air France, SAS, Singapore Airlines, Wizz Air, LOT and Air Baltic have already heeded these recommendations. It is highly likely that this list will only grow. In fact, Belarus was forcibly “cut out” from the general airspace of the Old World. This will create a lot of problems not only for Minsk, but for neighbors from the Baltic states and Ukraine.

Now, in order to fly, for example, from Vilnius to Kiev, the liners will have to make a very decent detour through the territory of Poland. This will lengthen the route and will undoubtedly significantly increase the cost of air travel. The difficulties are not limited to the increase in the costs of air carriers. Thus, the citizens of Nezalezhnaya will lose Minsk as a neutral buffer through which they flew in transit to Russia. Now, apparently, they will have to do it through Poland or the Baltic states, which means additional overhead costs for them.

Let's face it, this can only become the beginning of truly grandiose problems for Belarus and the countries surrounding it. According to the respected information and analytical agency Bloomberg, the West is considering the scenario of a complete trade and transport blockade of the republic:

Existing European sanctions include an arms embargo on Belarus, a visa ban and an asset freeze for individuals and companies involved in this story. This is completely insufficient. The next step is to expand this list of individuals to include important state-owned companies: for example, Belaruskali, one of the world's largest producers of potash fertilizers, which generates a significant portion of the national income.
In practice, the blockade may look like this. First, Lithuania and Latvia may refuse to provide their transit services for Belarusian export products. Secondly, following the urgent recommendations of the European authorities, its western counterpart companies may refuse to cooperate with Minsk. In the first case, Russia can come to the rescue of Minsk. Moscow has long been beckoning "Old Man" to switch to the use of our ports on the Baltic Sea, and recently there has been a significant shift. President Lukashenko allowed himself to be persuaded to transfer half of the total export of oil products to Ust-Luga. The agreement was signed for the next three years with the possibility of extension. At the same time, Minsk in any case will be obliged to pay for the services of Russian terminals, even if it does not use them. But where will he go now? If the Lithuanian authorities continue to follow the current policy aggravation, Klaipeda may lose the rest of the transit flows. However, there is one problem. A special terminal for transshipment of Belarusian mineral fertilizers in Ust-Luga has not yet been built, while negotiations are underway on this issue. Apparently, "Old Man" should have started blowing on the water much earlier, when Moscow offered it and it was time to calmly prepare all the necessary infrastructure.

But what if, for political reasons, Western partners refuse to cooperate with the “terrorist regime” of Alexander Lukashenko? Perhaps this image problem could have been solved by changing the owner of Belaruskali, and then Russia, whose big business has long dreamed of absorbing a Belarusian competitor, can again enter the scene. And in this country there are many industrial enterprises and other interesting assets, on which domestic oligarchs have frankly laid their eyes.

In general, so far it is the Kremlin that looks like the main beneficiary of Minsk's final break with the West. The endless “multi-vector” games are finally over, and President Lukashenka will no longer be able to blackmail Russia with the “European course”. He himself has nailed the door to the EU for Belarus with his own hands. The country headed by him is now isolated from the western direction, and there is no other way but integration within the Union State. Yes, Russia will have to pay for everything, but now "Old Man" will have to really give in return what the Kremlin will urgently ask him for.
Ctrl Enter
Noticed oshЫbku Highlight text and press. Ctrl + Enter
We are
Peace enforcement operation. Russia inflicts a preemptive strike on Kiev
“The dark August night came the one whom the Ukrainians were waiting with horror”
Reporterin Yandex News
Read Reporterin Google News
27 comments
Information
Dear reader, to leave comments on the publication, you must sign in.