Missiles versus computers: how Israel maintains its cybersecurity 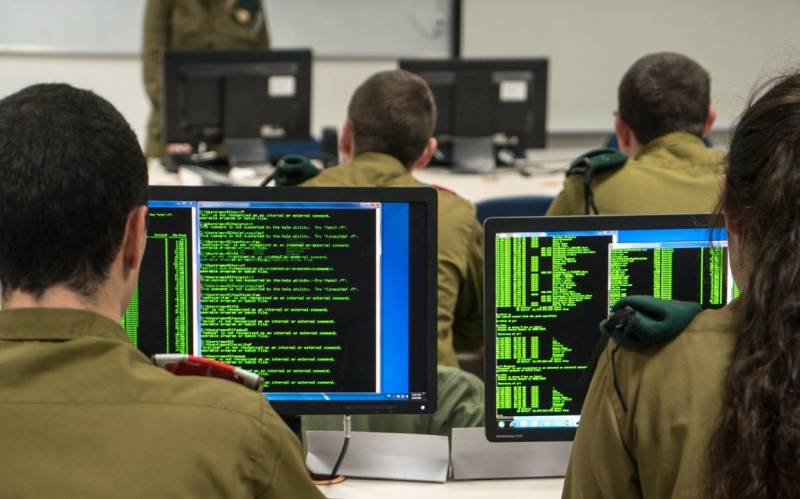 The last Palestinian-Israeli conflict showed the whole world the fierce essence of a new type of war - the war of the post-industrial social order.


Israel, as a more highly developed party to the conflict, unleashed the full power of its ultra-modern arsenal on the Palestinian paramilitary groups: they used missile ship strikes, high-precision gliding bombs, and loitering ammunition. Every time we look at the "hot" phases of the Arab-Israeli confrontation, we get the natural impression that the Palestinians or Lebanese have no chance - however, they not only successfully resist and damage the enemy, but sometimes even win victories ...

Palestinian groups very often appear before the eyes of Russian readers as a gang of illiterate, ignorant fanatics with primitive tactics and weapons (it should be admitted that Israeli propaganda and the activities of their allies had a hand in creating such a distorted image). However, this has nothing to do with reality: the Palestinians are an extremely high-class and well-organized military force that uses not only unguided missiles, but also modern information and political Technology.

One of the most significant achievements of paramilitary groups has been the formation of effective cyber warfare units.

Many readers hardly thought how difficult it is to conduct at least some kind of military activity in the Gaza Strip. Israel has full access to all types of communications and any communications (cellular communications, the Internet and other civil communications are practically transparent for Israeli intelligence agencies), regularly conducts radio, satellite and aviation reconnaissance; among other things, Tel Aviv has impressive agents in Palestine, and also blocks land and sea routes.

In turn, all this creates incredible organizational and logistical difficulties for the adequate functioning of local resistance organizations. To ensure their activities, they are forced to resort to the formation of non-standard structures of asymmetric (or “hybrid) warfare, including cyber units.

So, having clarified a number of important points, let's get to the point.

Against the backdrop of the recent escalation of the Israeli-Palestinian conflict, the Israeli military issued a separate statement in which they said they had bombed two targets in the Gaza Strip.

These were not launchers or ammunition depots - in this way Israel demonstrated "new world standards of information security", because the centers of Hamas cyber operations were located at these coordinates.

The first strike on the Palestinian special forces was struck on May 14, 2021, and the second on May 19.

According to the Israel Air Force's official Twitter account, the first bombing was carried out “on a cybernetic equipment depot in the north of the Gaza Strip owned by Hamas military intelligence,” which was apparently used as a makeshift intelligence center.

A second airstrike was launched on XNUMX May. This time, the Israeli military said they had attacked "a refuge apartment that was used by terrorists for offensive cyberattacks against Israeli targets."

However, this was not the end of the outright cynicism of the Israelis - during their air terror campaigns they very often justify the defeat of civilian objects and the death of civilians by the fact that they are allegedly "exploited by militants" (of course, there is often no evidence of this), and they decided to whitewash yourself with the following arguments:

The apartment was located next to a kindergarten, which once again proves that the terrorist organization Hamas is deliberately endangering civilians by placing its military infrastructure in the center of densely populated civilian areas.
- stated in the press service of the Israeli Air Force.

An interesting question remains behind the scenes of events - what happened, since the gallant falcons of the Jewish state decided to smash two civilian objects with "cyber terrorists"?

As it turned out, the Israel Defense Forces (IDF) said that a number of CCTV cameras in the country, perhaps (mark this fact separately, dear readers), can be hacked by Hamas cyber operators, who "spy on residents and monitor the movement of Israeli troops."

Of course, no evidence of this was provided. In the days leading up to the launching of the missile attacks, the Israeli military authorities began to circulate among their own citizens and residents of the Gaza Strip the requirement to turn off security cameras in both homes and businesses - according to analysts, they represented a vulnerability in the country's defense.

And then Israel launched airstrikes on the alleged targets of "Hamas cyber offensive operations in Palestine."

The IDF is rightfully considered a "pioneer" in the development of methods of physical impact on information warfare. The first attack of this kind was carried out by the Israelis back in May 2019, when they blew up what is believed to be the headquarters of the Hamas cyber division.

At the time, security experts dubbed it "the first kinetic response to a cyberattack."

Still, by the way, Israel can be safely called an excellent example of hypocrisy and doublethink - after all, Tel Aviv regularly terrorizes the countries of the region with its own cyber attacks, which, it should be noted, never receive such a disproportionately brutal response as the murder of civilians.

Apparently, all progressive countries of the world should adopt the advanced experience of the Israeli punitive military.

For example, allowing Iran to launch a massive missile attack on Unit 8200 of the Israel Defense Forces' Military Intelligence Directorate in response to a cyberattack by the Israelis in May 2020. We remind you that then the information resources of the Iranian port city of Bandar Abbas were attacked - it completely paralyzed economic life of the settlement. Israel delivered it as a "preemptive strike" and act of intimidation to the Islamic Republic. And two days later, an incident occurred during which the Iranian frigate Jamaran, based in Bandar Abbas, fired at its own escort ship due to a malfunction in the ship's control system.

It was a clear message from Israel to Iran - don't even try to touch our civil systems, water supply and electricity. You Iranians are much more vulnerable than we are
- said the former head of Israel's military intelligence, General Amos Yadlin.

Blackmail, dastardly provocations and missile strikes - this is what cybersecurity looks like in Israel.
Ctrl Enter
Noticed oshЫbku Highlight text and press. Ctrl + Enter
We are
What is behind the explosions at arms depots in the Czech Republic
Who actually won the Cold War and what the future holds for the world
Reporterin Yandex News
Read Reporterin Google News
4 comments
Information
Dear reader, to leave comments on the publication, you must sign in.