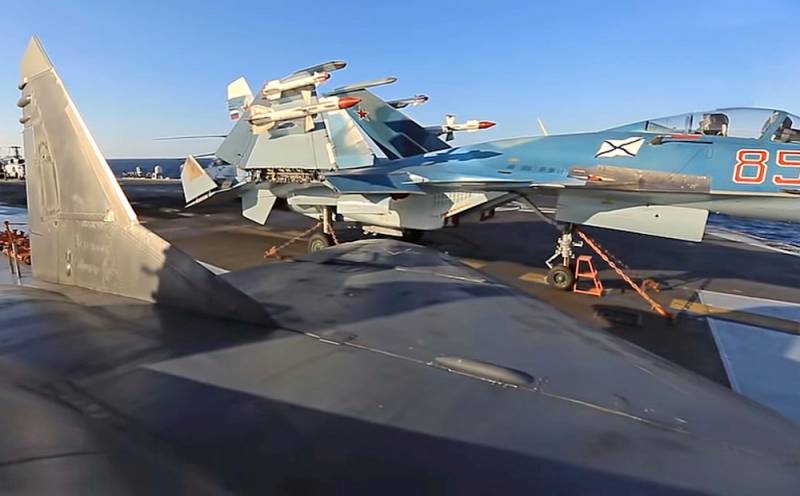 Recently, the military-political leadership of Russia has been making certain efforts to revive the power of the state in key naval theaters. Despite the serial construction of ships in the near and far sea zone, so far the results of these efforts are largely unclear: the Russian Navy is completely inferior in terms of the quantitative indicators of the ship's personnel to any of its potential adversaries (in isolated theaters of operations - Japan, China, Turkey outside the NATO bloc; the United States with satellites at all possible theaters).


Eliminating the acute shortage of large warships will require many years, if not decades, of rhythmic financing of the Navy and strict control of the implementation of shipbuilding programs by the state. However, the question arises: what if a potential adversary does not wait for the revival of the Russian Navy, but decides to take advantage of its current obvious weakness?

And the first thing that suggests itself is aviation. Clarification - Naval Aviation (MA) of the Navy. Despite the fact that in modern Russia the main strike force at sea is considered to be the submarine fleet (primarily multipurpose SSGNs), all major naval powers (as well as the USSR earlier) consider naval aviation, equipped with multifunctional fighters with weapons class "air-to-surface", as well as having very broad capabilities in the organization of air defense and anti-aircraft missile defense of ship formations and naval bases (naval base). Considering the problems with the construction of modern MPLARK ("Sevmash" over the past decade with great difficulty handed over only two submarines of project 885 / M, and the modernization programs of projects 971 and 949A have no doubt already failed), and the need to cover their deployment with surface ships, precisely for the expense of naval aviation could quickly and in many ways compensate for the critical shortcomings of the Russian Navy.

However, it is also no secret to anyone that the Russian Navy's MA for many years has had an extremely small number of aircraft of all types, an insufficient degree of pilot training and, for these reasons, can perform the tasks assigned to it only conditionally. When preparing the GPV for 2011-2020, it would seem that the country's leadership took into account the described situation and realized the need to urgently restore the potential of the Navy MA, planning to purchase 24 MiG-29K / KUB carrier-based fighters, more than 60 units. multipurpose fighters Su-30SM, as well as modernization of the entire fleet of anti-submarine aircraft (over 20 units of Tu-142, at least 30 units of Il-38 and up to 70 units of Ka-27PL). In addition, the Ministry of Defense of the Russian Federation announced plans to dramatically increase the flight rates among sea pilots, who were much inferior to those of their colleagues from the Air Force (VKS). The implementation of these plans, of course, would not have turned the Navy MA into a formidable combat force, but it would have made it possible to solve basic defensive tasks near the naval base at a satisfactory level. However, these were all just plans ... 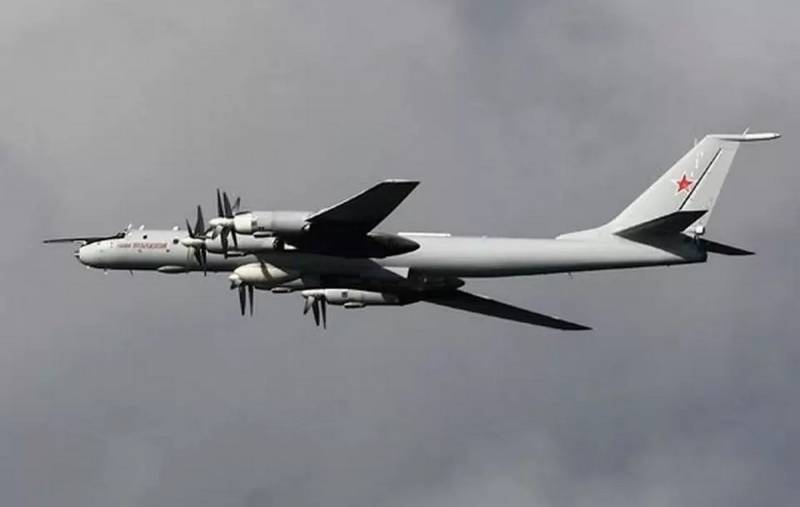 What do we have in fact

And in fact, over a ten-year period of time, 24 MiG-29K / KUB fighters were transferred to the naval aviation (one of them was lost), 28 Su-30SM fighters, 7 units. modernized IL-38N Novella and a little less than 30 units. upgraded Ka-27M. Such an insignificant replenishment over a very long period of time in itself begins to raise doubts as to whether the country's leadership is at all interested at the moment in preserving the MA of the Navy as such. This question involuntarily arises when looking at the future: by 2025, under existing contracts, naval aviation will receive, at best, 21 Su-30SM2 fighters (if they are not transferred in whole or in part to the Aerospace Forces) and a number of upgraded Ka-27Ms. At the same time, there are absolutely no plans for the supply of new or modernization of old anti-submarine aircraft. In terms of auxiliary aviation, it is planned to supply 6 units. amphibians Be-200 in rescue and fire-fighting modifications (by the way, there are reasonable doubts about the implementation of these plans, taking into account the previous experience of Be-200 production). And that's it! Is it worth mentioning that such “generous gifts” will have to be “smeared” with a thin layer over four fleets ...

Hence, it will not be a great exaggeration to say that by 2025 the anti-submarine aviation of the MA of the Navy will actually remain entirely represented only by Ka-27M helicopters with very mediocre combat capabilities. The entire fleet of Soviet-built aircraft - Tu-142 and Il-38 will simply deplete (and in fact have already worked out) its resource, will exceed the maximum service life and will be subject to write-off. Several modernized Il-38Ns can be operated until the early 2030s, but their number and search capabilities will be simply ridiculous against the background of similar capabilities of NATO, China or Japan (and quite possibly Turkey alone) by that time.

The situation will be somewhat better in the land-based fighter component of the Navy's MA, which will probably include up to 50 modern Su-30SM / SM2 machines and a number of Su-27 and MiG-31s. In fact, even now Sukhoi fighters are acting as a "resuscitator" for the aviation of the fleet, allowing at least some degree of seriousness to treat this most important component of the Navy, and in general to believe that "the patient is rather alive than dead." At the same time, carrier-based aircraft will face the uncontested write-off of a small fleet of Su-33s, and the relatively new MiG-29K / KUB, most likely, will finally "go ashore" due to the very vague prospects of our only aircraft-carrying cruiser (this can be judged by the statement of the head of USC A. Rakhmanov dated May 25, 2021). 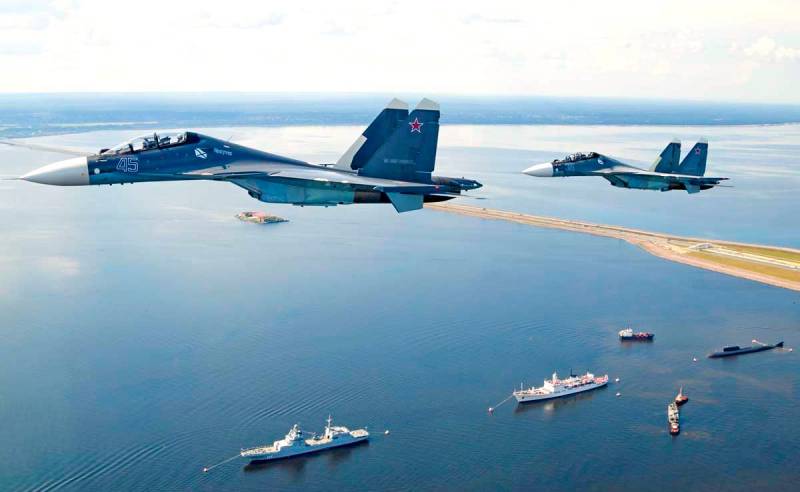 Pair of Su-30SM naval aviation of the Baltic Fleet
But most of all, it is not even the quantity and condition that causes anxiety. equipment, how much training of pilots MA Navy. The fact that the level of their training is by no means the highest has already been noted above and has never been a secret. However, the data published after the recent incident on May 21, 2021 with the Su-30SM MA fighter of the Black Sea Fleet (probably as an insider) about the raid of its pilots caused confusion in the expert community, if not shock. Pilot-instructor, Lieutenant Colonel O.A. Khomyakov, who is at the same time the chairman of the qualification commission of the flight personnel of the MA Black Sea Fleet, and Major S.V. Dodukh, who is the head of the air fire and tactical training of the 43rd Aviation Regiment of the MA Black Sea Fleet, has a flight time of 15 and 3 hours this year, respectively. For 1st class pilots with such serious ranks, these are frankly ridiculous numbers that are simply ashamed to compare with the raid of pilots of our potential opponents. 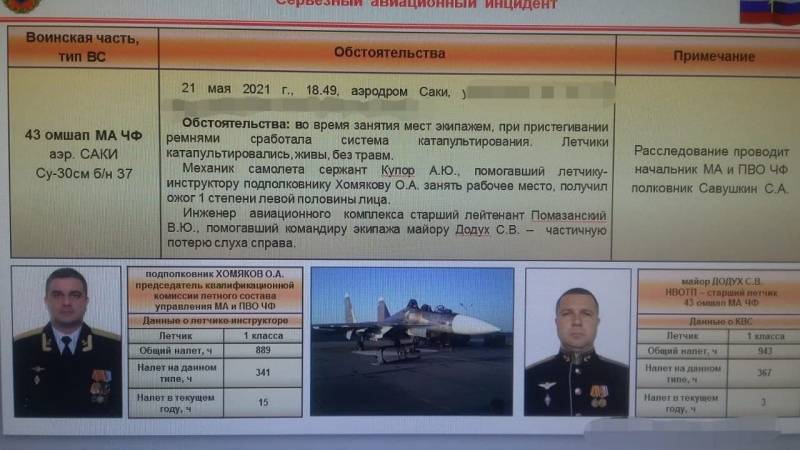 It will be especially appropriate to ask the question about the readiness of the Black Sea Fleet fighter aircraft to adequately respond to the threats that came this spring (and by the way, still come) from the Armed Forces of Ukraine with a similar level of training of our pilots. At one time, the published data on the flight of pilots of the Armed Forces of Ukraine for 2016 within 50 hours a year caused a lot of ridicule in the Russian press, but apparently, at least some Russian naval pilots can only envy such numbers.

It is difficult to fully understand why the problems of the Navy MA remain unresolved for such a long time, because they do not require any exorbitant investments: with estimated budget allocations in the range of 300-400 billion rubles and their rational distribution, the Navy could receive qualitatively different opportunities in the form of its own self-sufficient aviation. Under the current scenario of the development of events after 2025, the aviation of the fleet will have, perhaps, only one reasonable way out - the final disbandment (by analogy with the naval missile-carrying aviation) with the transfer of the remaining aircraft to the Aerospace Forces.
Ctrl Enter
Noticed oshЫbku Highlight text and press. Ctrl + Enter
We are
"The ugliest ship in the Navy." Are the critics of the 20386 project so fair?
The decision was made: frigates and corvettes will become the "backbone" of the Russian fleet
Reporterin Yandex News
Read Reporterin Google News
14 comments
Information
Dear reader, to leave comments on the publication, you must sign in.