NWF funds: the struggle of liberals against statists ended in victory for the latter 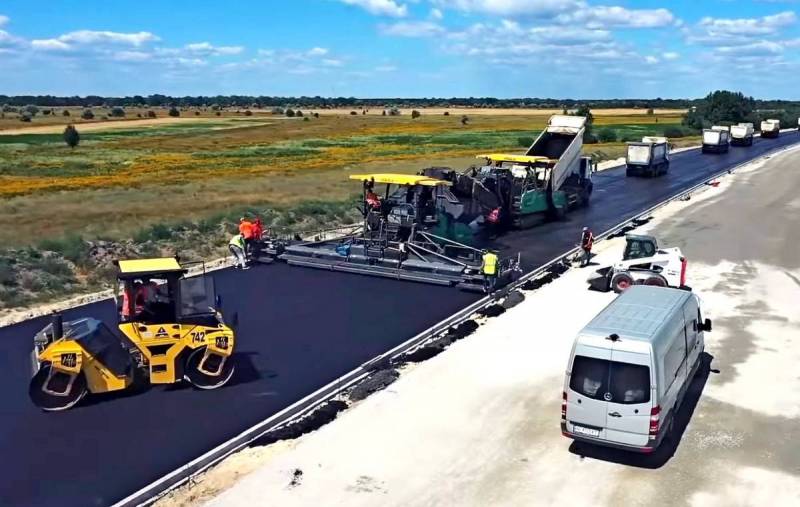 The struggle of systemic liberals with statists for funds from the NWF, apparently, ended in victory for the latter. The money from the National Welfare Fund will go not to “high-yield Western investments,” but to the development of domestic infrastructure. The Russian government has presented seven projects at once, where savings from oil surplus profits will be involved. What are these projects, and who will be responsible for their implementation?


Recall that the NWF accumulates revenues from the sale of Russian oil for export, exceeding $ 40 per barrel. According to the budget rule, they can be spent only if the liquid part of the fund exceeds 7% of GDP. To date, it has accumulated almost 14 trillion rubles. There has long been a serious struggle for the opportunity to "master" this considerable money, it seems that they will still remain in our country, and will not go abroad. It should be noted that the NWF can only act as a co-investor, covering only 20% of the necessary expenses. True, the RF Ministry of Finance recently came up with an idea to increase this share to 40%. The total cost of seven infrastructure projects is estimated at 4,9 trillion rubles, of which the fund will finance 900 billion. So, let's see where the Russian oil windfalls will go from Kudrin's stash?

The first project, in which the NWF is actively participating, is the third stage of the BAM modernization. On the need to expand the capacity of this railway, we are in detail told earlier. At Russian Railways, the cost of the third stage of BAM and Transsib was highly appreciated and considered impossible without attracting additional co-investment, which was directly stated by the deputy general director of the corporation Sergey Markov:

The second project, also related to the development of railway communication in Russia, involves investments in the Central Transport Hub in Moscow and the Moscow Region. The volume of investments from the NWF will amount to 105 billion rubles. This money will be used to build the capital's central railway diameters, new stations, and reconstruct old ones.

The third and fourth projects are also connected with roads, but not railways, but automobiles. The Avtodor company will receive 200 billion rubles from the state, of which 150 will go to the construction of the M-12 Moscow - Nizhny Novgorod - Kazan highway, and the remaining 50 - to the Kazan - Yekaterinburg highway. It is no secret that the Russian authorities expect to integrate the transport infrastructure under construction into the Chinese "New Silk Road", which would become an additional stimulus for development. economics countries and regions through which expressways will pass.

The fifth project involves a large-scale renovation of the St. Petersburg metro park worth 129,3 billion rubles. The company "Transmashholding" of famous businessmen Bokarev and Makhmudov will be engaged in its implementation. At the expense of the fund, 97 billion rubles will be paid, that is, three quarters of the cost of renovating the cars of the Petersburg Metro.

The sixth and seventh infrastructure projects will receive a total of 305 billion rubles. Of these, 150 billion will go to the Housing and Utilities Development Fund, which will have to spend it on the modernization of communal infrastructure in Russian regions. Another 155 billion will go to advance the development of the socio-economic potential of the Angara-Yenisei macroregion. Note that it includes the Krasnoyarsk Territory, the Republic of Tyva, the Republic of Khakassia and the Irkutsk Region. This macroregion has high potential in the development of industry, agriculture, tourism, medicine and education. Foreign business is showing interest in participating in its development, in particular, well-known South Korean companies Daewoo Construction, Samsung Corporation, Posco International, PNSNetworks, SmartClub and others. The desire of the federal center to facilitate the implementation of such regional projects can only be welcomed.

You can also be glad that the funds received from the export of Russian hydrocarbons will finally go to the development of domestic infrastructure, and not to the financial sector of Western countries, which are our direct competitors and adversaries.
Ctrl Enter
Noticed oshЫbku Highlight text and press. Ctrl + Enter
We are
Peace enforcement operation. Russia inflicts a preemptive strike on Kiev
Three years left: Ukraine will be sold in parts
Reporterin Yandex News
Read Reporterin Google News
12 comments
Information
Dear reader, to leave comments on the publication, you must sign in.