The European Union is preparing an air blockade of Belarus 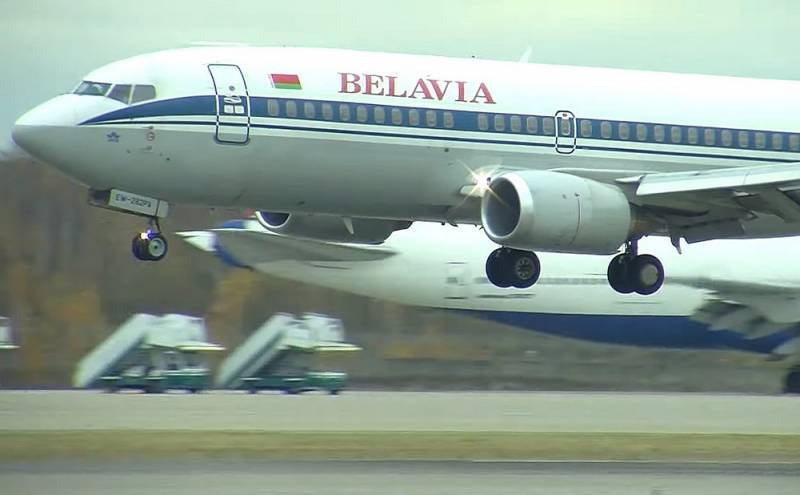 On Sunday, May 23, a passenger liner of the Irish company Ryanair, en route from Athens to Vilnius, was forced to land at the Minsk airport. The plane landed due to reports of mining on board. After the landing of the liner, the Belarusian law enforcement officers arrested the former editor-in-chief of the telegram channel NEXTA Roman Protasevich, who was in the cabin.


The European Union reacted negatively to such actions of the Belarusian authorities. According to Bloomberg, Brussels is preparing tough measures against Minsk, which may include a de facto air blockade of Belarus.

Brussels is considering the option of a complete suspension of flights of European companies' liners
- notes the American edition.

Thus, aircrafts of Air Baltic, Avia Solutions and Wizz Air companies no longer fly into the Belarusian territory. In the future, it is likely that the Belarusian carrier Belavia will be banned from flying over European countries and being served at EU airports. London has already introduced a similar restriction. Other countries on the continent are expected to follow suit.

In turn, the President of Ukraine Volodymyr Zelenskyy announced the termination of all flights with Belarus.
Ctrl Enter
Noticed oshЫbku Highlight text and press. Ctrl + Enter
Reporterin Yandex News
Reporterin Yandex Zen
26 comments
Information
Dear reader, to leave comments on the publication, you must sign in.