Did Poland need Bayraktars to contain the counterattack of Russian motorized riflemen? 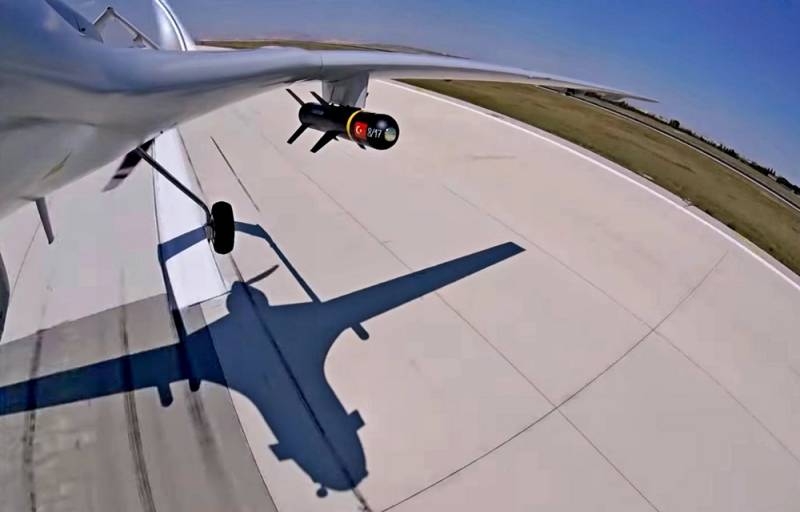 Turkey continues to actively expand its weapons in the Old World market. Following Ukraine, Poland decided to buy Bayraktar TB2 ("Bayraktar") drone UAVs. Which NATO countries will follow her example, and against whom are the Turkish drones actually directed?


The decision to acquire Bayraktar was made by Warsaw at the very top, and the deal will be personally witnessed by Presidents Recep Erdogan and Andrzej Duda. The first 24 attack UAVs will arrive in Poland next year. Curious are the wording with which this deal was commented on by the Minister of Defense of the Republic Mariusz Blaszczak:

The army will receive weapons that have not yet been in service with the Polish Armed Forces, proven weapons, effective weapons, weapons that scare off the aggressor.
"Aggressor"? It is interesting what kind of "aggressor" the North Atlantic Alliance needs to scare away. If we recall the entire short history of the use of Bayraktars, then these drones have always acted precisely as a weapon of aggression. First, they were used by Turkish invaders and invaders against the government army of Syria, then by Turkish punishers against the Libyan National Army of Field Marshal Khalifa Haftar. The last place of their application is the war in Nagorno-Karabakh, which is also very ambiguously assessed by both sides. There, the strike UAVs turned out to be a "weapon of victory" that ensured the Azerbaijani army a convincing advantage over the Armenian one and ensured victory.

Why are Bayraktars so good?

These are operational-tactical medium-altitude drones with a combat radius of 150 kilometers. The devices can both be controlled from the ground, and, if necessary, act autonomously. The armament of the UAV is represented by four laser-guided UMTAS anti-tank missiles or Roketsan MAM-C, MAM-L corrected high-precision gliding bombs. They make it possible to hit moving targets at a distance of up to 8 kilometers. In fact, one Bayraktar functionally replaces an attack helicopter, of course, with less ammunition. The drone allows the operator to safely conduct reconnaissance and issue a command to destroy a target, for example, armored vehicles, with an anti-tank missile. At the same time, it costs several times cheaper than a combat helicopter, and when it is destroyed, the lives of the pilots are not lost. It is much cheaper to buy a new UAV and train its operator than to train two pilots for years and build a rotorcraft. True, with all the obvious advantages listed, there are also serious disadvantages, which we will talk about further.

So what goals is Warsaw pursuing by acquiring the Bayraktar party from Ankara?

Firstly, the Polish Ministry of Defense is clearly interested in getting acquainted with the widely advertised Turkish attack drones. This will be a valuable experience in modern warfare. Perhaps Warsaw itself will think about the production of such UAVs in cooperation with partners from NATO.

Second, it is explicit political signal to Moscow. Poland demonstratively joins the "anti-Russian club of UAV fans". In Syria and Libya, our country sided with the government army of the SAR and implicitly - the LNA of Haftar, and they were beaten by Turkish attack drones. In the conflict in Nagorno-Karabakh, the "Bayraktars" successfully destroyed the armored vehicles of the Armenians, who are our allies in the CSTO. Then Ukraine, despite all the financial difficulties, found an opportunity to purchase Turkish UAVs. And now Poland is buying Bayraktars. The direction of this "message" to the Kremlin is quite obvious.

However, there are certain doubts about the practical benefits of Bayraktars. The only modern Russian-Polish border runs along the Kaliningrad region. Only the lazy is not talking about the fact that Poland can represent a springboard for the North Atlantic Alliance for conducting a military operation against our exclave. This is understandable, but it is not clear how the Bayraktars will help in that Warsaw. The fact is that Turkish attack drones are good, but only against a technically weaker enemy. Russia, whoever says anything, is one of the world leaders in the development of air defense and missile defense systems. The most dense and powerful air and missile defense system of all our regions has been created over the Kaliningrad region. Well, where is there to meddle with a slow-moving Turkish UAV? They will be swept away and not even noticed.

There will be no practical benefit from the "Bayraktar" to Poland against the Russian exclave, only an imitation of intentions. But, in fairness, we note that Polish attack drones will still be able to perform certain tasks.

It is easy to see that Warsaw made the decision to acquire them after the Ministry of Defense of the Russian Federation began to expedite the formation of the 18th Guards Motorized Rifle Division in the Kaliningrad Region. In the event of aggression from the NATO bloc, this small but mobile army will be able to make rapid throws across the territory of neighboring countries of Eastern Europe and the Baltic states. This is where the Bayraktars with their anti-tank missiles can be useful to Warsaw as a means of deterring the Russian counterstrike. The key question is who in this case will be the real "aggressor" and who will be the defender.
Ctrl Enter
Noticed oshЫbku Highlight text and press. Ctrl + Enter
We are
The logic of the war for Ukraine requires the Kremlin to create and recognize Novorossiya
Why Turkey hesitates to support warlike Ukraine
Reporterin Yandex News
Read Reporterin Google News
9 comments
Information
Dear reader, to leave comments on the publication, you must sign in.