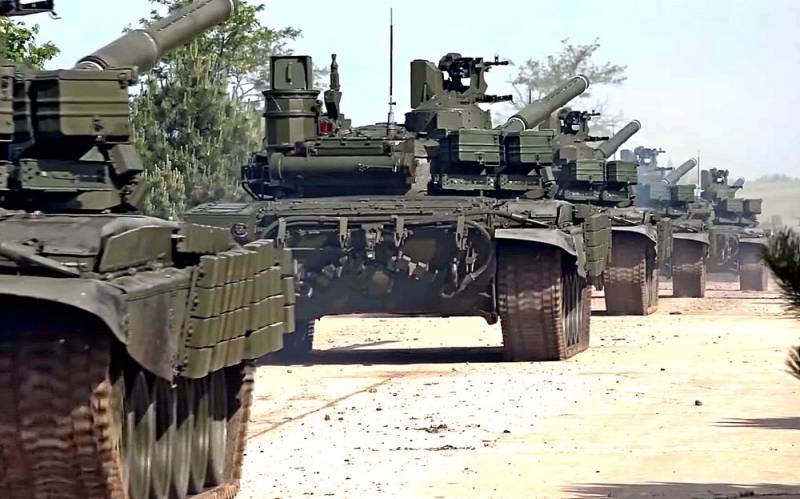 As part of the agreements reached earlier in Sochi between Vladimir Putin and Serbian President Aleksandr Vucic, the Serbian side received tanks and armored vehicles from Russia free of charge.

In total, 30 BRDM-2MS armored personnel carriers and 30 modernized T-72MS tanks were shipped from Russia to Serbia for a total of 75 million euros.


In November last year, the Serbs have already received from the Russians the first part of the "gift" military equipment in the form of 11 tanks and 10 armored personnel carriers, which was gratefully recalled by the Minister of Defense of Serbia. He also mentioned that the Serbian military will take part in joint exercises with Russian military personnel at the Oresac training ground.

We want to work with everyone ... and be able to learn from the best, and Russian special forces and members of Russian units are certainly like that.
- stressed the Serbian minister.

The Russian Ambassador noted the importance of military cooperation between Moscow and Belgrade and expressed confidence that Russia will help Serbia to increase its defense capability and strengthen its state sovereignty.
Ctrl Enter
Noticed oshЫbku Highlight text and press. Ctrl + Enter
We are
Russia will send the military to the Republic of Congo
Serbia intends to conduct joint exercises with Russia more often
Reporterin Yandex News
Read Reporterin Google News
13 comments
Information
Dear reader, to leave comments on the publication, you must sign in.