Poland, following Ukraine, is armed with Turkish drones that have proven themselves in Karabakh 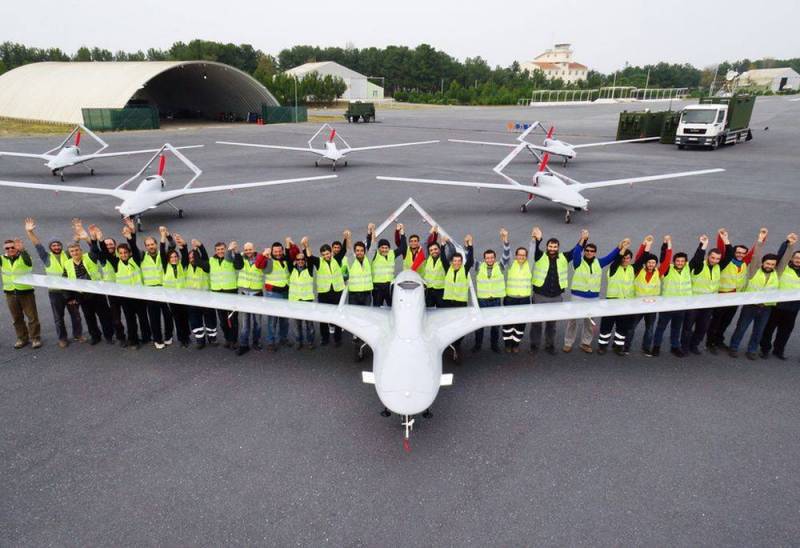 Warsaw made a decision to purchase the Turkish combat drones Bayraktar TB2, which proved to be good during the military conflict in Nagorno-Karabakh - Turkey sided with Azerbaijan, supplying Baku with its UAVs. Earlier, the Turkish drones were acquired by Ukraine.


In total, the Poles will buy 24 such aircraft, which will be armed with anti-tank missiles. According to the head of the Polish military department Mariusz Blaszczak, Poland will also be supplied with all the materialtechnical provision for "Bayraktars". Thus, according to Reuters, this Eastern European country will become the first NATO member state to purchase Turkish unmanned systems (with the exception of Turkey itself).

According to the Polish Minister of Defense, Bayraktar TB2 "have proven themselves in wars." The signing of an agreement for the purchase of Turkish-made combat drones may take place in the coming days during the visit of Polish President Andrzej Duda to this country.

According to Turkish sources, Ankara has taken the fourth place in the production of unmanned aerial vehicles in the world. Bayraktars are produced at the Baykar defense enterprise, owned by the Turkish leader's son-in-law Selcuk Bayraktar. Turkish UAVs have already been purchased by the military of Ukraine, Libya, Qatar and Azerbaijan. Recep Erdogan noted in March that the Saudis are also showing interest in buying drones.
Ctrl Enter
Noticed oshЫbku Highlight text and press. Ctrl + Enter
We are
"We ourselves bought S-400 from the Russians": Turks do not believe in the success of Bayraktar in Donbass
Bloomberg: Russia may not have an "antidote" to Turkish drones
Reporterin Yandex News
Read Reporterin Google News
5 comments
Information
Dear reader, to leave comments on the publication, you must sign in.