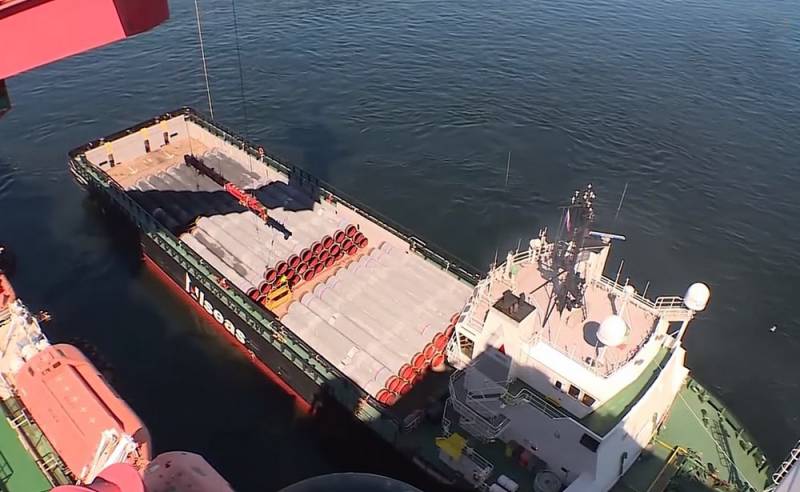 Russian ships continue construction of the Nord Stream 2. The barge "Fortuna", after the completion of the pipe-laying in Danish waters, began work near the FRG. As of Sunday 23 May, the ship has about 13 km of pipes left to lay.


Project regulator Nord Stream 2 AG previously released information that from May 22 to June 30 in economic In the German zone in the Adlergrund area, work will continue on the laying of the Russian gas pipeline. At the same time, the construction of the SP-2 is proceeding according to the schedule determined by the German Federal Administration for Waterways and Shipping.

Fortuna is laying pipes at an average speed of about 1,5 meters per day. According to the Swedish Institute of Hydrology and Meteorology, stable weather will continue in the near future, and the ship may finish scheduled work in early June.

The Fortuna pipe-laying barge is assisted by nine ships, four of which monitor the security zone around the barge - in German waters it has decreased to 1,25 miles. The ships are on duty in the work area and supply Fortuna with everything it needs.

Meanwhile, the Akademik Chersky pipe-laying ship is completing the construction of line A, which has managed to lay 8 km of 85 pipes over the past month. According to the updated work schedule, Akademik Chersky will be able to complete the construction of the gas pipeline in section A by the end of September.
Ctrl Enter
Noticed oshЫbku Highlight text and press. Ctrl + Enter
We are
NATO military forces appear in the Nord Stream 2 construction zone
The fate of Nord Stream-2 again became dependent on Denmark
Reporterin Yandex News
Read Reporterin Google News
1 comment
Information
Dear reader, to leave comments on the publication, you must sign in.