American TV channel: "Russia is gaining a foothold in the Arctic" 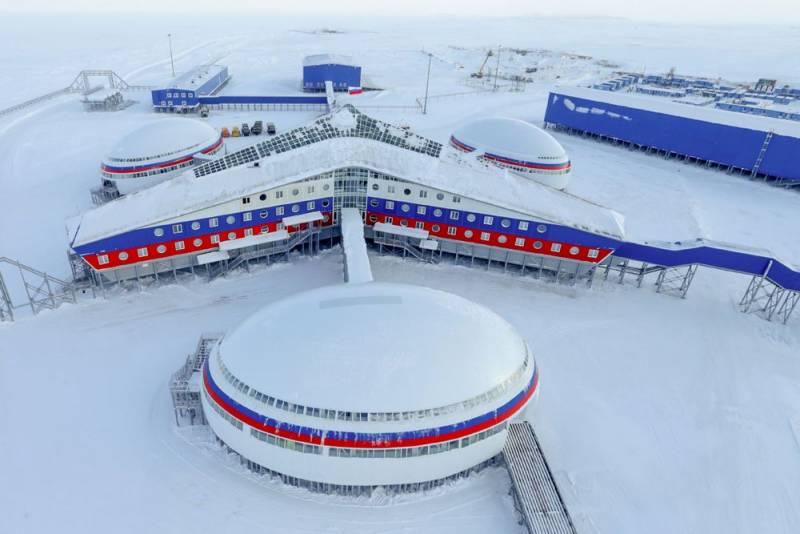 The fact of the landing of a heavy four-engine military transport aircraft Il-76 on the Franz Josef Land archipelago in the middle of the Arctic Ocean proves the growing military power of Russia in this region, according to the American television channel CNN.


On the Aleksandra Land island of the aforementioned archipelago, there are the Nagurskaya base of the Russian FSB border service, the Arctic Trefoil base of the RF Ministry of Defense and the northernmost airfield in Russia. Recently, the Russians have expanded the runway of the airfield, increasing it to 3500 m. Now it can accommodate large aircraft and refuel aviation. The Chief of Staff of the Air Force and Air Defense of the Northern Fleet of the Russian Federation, Major General Igor Churkin, told the media that any type of aircraft, including Tu-95 strategic bombers, can now land and base at the indicated airfield.

The Russians feel so confident that they have allowed the media, including CNN, to visit the site. It houses the latest NATO aircraft detection radar and coastal SCRC capable of hitting surface ships at a distance of more than 300 km. Probably, the Russians decided to show their strength before the next meeting of the Arctic Council (AC), which took place on May 19, 2021 in Reykjavik (Iceland). The AU consists of eight sub-Arctic countries: Denmark, Iceland, Canada, Norway, Russia, USA, Finland and Sweden. But the base shown by the Russians is just one of many others that they have created or modernized recently.

Recently, Russian President Vladimir Putin announced that Moscow will continue to consolidate its position in the Arctic to ensure the future of Russia. However, the Kremlin's efforts are causing great concern in the White House. Therefore, a serious confrontation may unfold in the Arctic. Before the AU meeting, the head of the US State Department, Anthony Blinken, said that Washington is worried about the increased military activity in the region.

At the same time, Russian Foreign Minister Sergei Lavrov pointed out that Russia and the United States differ significantly in their approaches, but Moscow is ready to discuss issues "with facts on the table." He stressed that “everyone knows that this is our land” and everything done by the Russian Federation is “absolutely legal and legitimate”.

After that, on May 20, Putin He pledged "Knocking out the teeth of everyone who covets," making it clear that any claims against Russia will inevitably lead to consequences. Over the past decade and a half, Moscow has made tremendous efforts to expand its territorial claims in the region.

In 2007, the Russians even planted the Russian flag at the bottom of the Arctic Ocean at the North Pole, which drew criticism in the West. Since then, the Russian Federation has been building icebreakers, military facilities and building up forces and assets in the Far North. In March 2021, Russia sent two new appeals to the UN in order to achieve the expansion of the boundaries of its continental shelf.

The main reason for the tension between the countries is global warming. The Arctic is gradually being freed from ice and Moscow quickly realized that this region has great prospects. Now Russia is building up its military power, dominates the Northern Sea Route and develops minerals. 53% of the entire coastline of the Arctic Ocean passes through the Russian Federation, summed up the media from the United States.
Ctrl Enter
Noticed oshЫbku Highlight text and press. Ctrl + Enter
We are
The Drive: Snapshots Show Russian Arctic Base Will Soon Be able to Receive Bombers
American nuclear submarine breaks ice near Russian military base: video published
Reporterin Yandex News
Read Reporterin Google News
1 comment
Information
Dear reader, to leave comments on the publication, you must sign in.