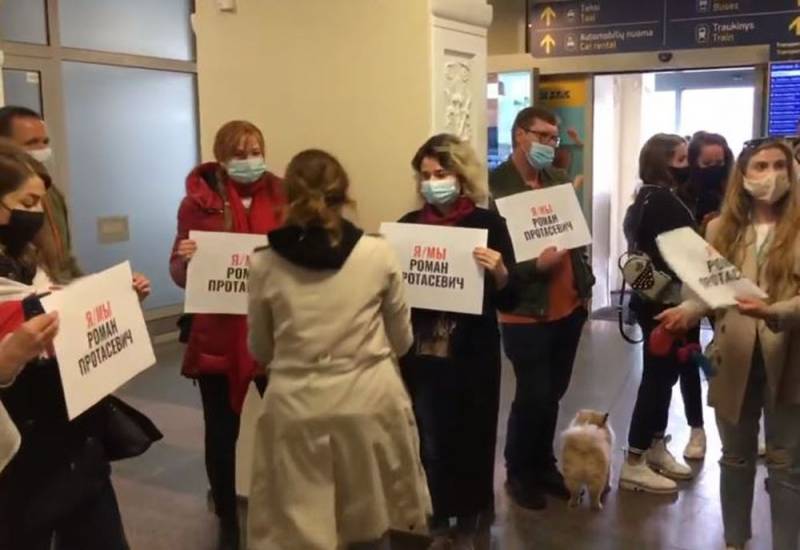 On May 23, 2021, a Ryanair airliner, flying from Athens to Vilnius, made an emergency landing at the Minsk National Airport. During the flight in the airspace of Belarus, the aircraft crew received a request for an urgent landing in connection with the possible mining of the aircraft.


The Belarusian authorities, guided by concern for the safety of people on board the airliner, allowed the landing. For escort, on behalf of President Alexander Lukashenko, a MiG-29 of the Air Force of the Republic of Belarus was sent. After the completion of the relevant procedures, when the airliner flies along the route, the fighter on duty will have to escort him out of the Belarusian sky.

All 123 passengers were sent for re-examination in the transit zone of the air harbor. The sappers began to survey the side. After a while, the press service of the airport clarified that the data on mining was not confirmed, but they could not tell when the plane would be able to continue its flight.


After that, the Belarusian media reported that Roman Protasevich, who was put on the wanted list (included in the Belarusian “List of Organizations and Individuals Involved in Terrorist Activities”), ex-editor in chief of the Telegram channel NEXTA (recognized as extremist in Belarus) was on board. He was detained by law enforcement officers on suspicion of organizing mass riots and group actions that grossly violate public order, as well as inciting social hatred.

The Belarusian opposition accuses the country's authorities of carrying out a special operation to "forcibly" turn a passenger plane near the border with Lithuania and "kidnap" a person.
Reporterin Yandex News
Reporterin Yandex Zen
61 comment
Information
Dear reader, to leave comments on the publication, you must sign in.