Kiev has set a condition for Moscow to meet two presidents 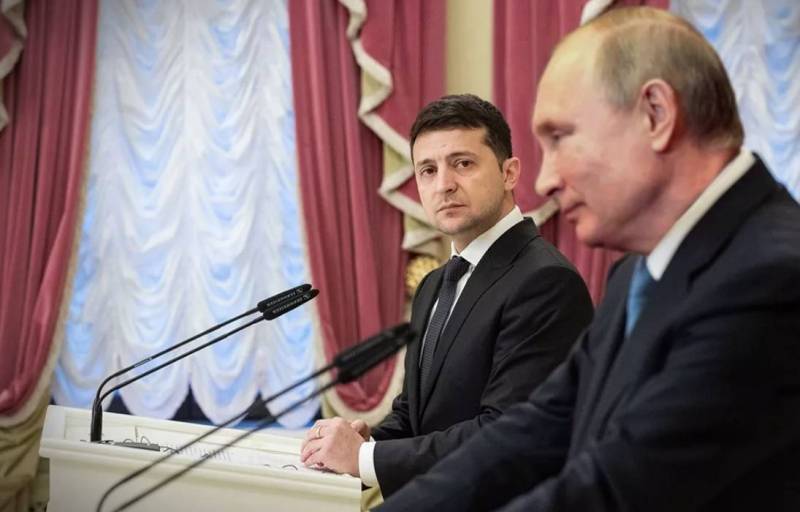 President of Ukraine Volodymyr Zelenskyy spoke about the need to meet with his Russian counterpart to discuss issues of bilateral cooperation, as well as the settlement of problems in the east of the country. At the same time, the Ukrainian side put forward a number of conditions on the topics of the upcoming negotiations.


Ukrainian Foreign Minister Dmitry Kuleba noted that the main topics of conversation between the leaders of the two countries should be Donbass and Crimea - he said this in an interview with the Ukrainian radio station Novoye Vremya. Discussion of the LDNR problem and the "return" of Crimea thus became the conditions for the upcoming summit.

Kiev has not yet named the exact date of a possible meeting between Zelensky and Putin, noting that it will take place only if Moscow agrees with the voiced topics of negotiations. Kuleba clarified that the meeting “is being born rather hard,” and promised during the dialogue to firmly uphold Ukraine's national interests.

Earlier, Zelenskiy offered to organize a meeting with Putin in Donbass, but the Russian president noted that this was impossible. Russia is not a party to the conflict in Ukraine, and Kiev should first of all contact with representatives of the LDPR militia, and then with third countries. At the same time, the Russian leader stressed that he was always ready to receive his Ukrainian counterpart in Moscow.

Volodymyr Zelenskyy also put forward a proposal to hold similar negotiations in the Vatican.
Ctrl Enter
Noticed oshЫbku Highlight text and press. Ctrl + Enter
We are
Ukrainian Foreign Minister: "Zelensky intends to talk with Putin on the topic of de-occupation of Crimea"
Ukrainian general: the attack on the Donbass will result in huge losses
Reporterin Yandex News
Read Reporterin Google News
14 comments
Information
Dear reader, to leave comments on the publication, you must sign in.