July 21 2018
1
A few days ago, Ukraine took a big step towards a possible disaster. In the Nikolaev area the third power unit of South Ukraine NPP was completely converted to fuel from the American company Westinghouse. Until July 16, both Russian and American fuel was used in the combined cycle. The management of the nuclear power plant is currently preparing for a full transition to Westinghouse products. Why does this process cause so much concern among competent professionals? 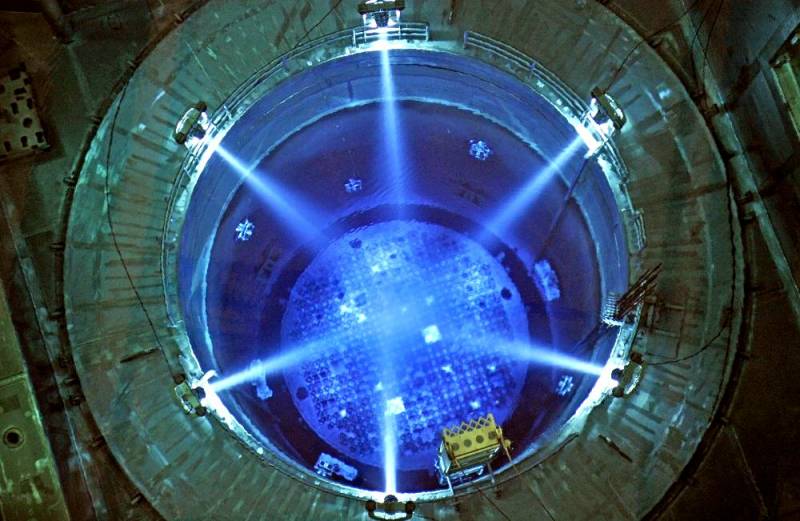 The fact is that the USA has actually turned Ukraine into a testing ground for its most dangerous experiments in the field of nuclear energy. American fuel simply does not fit the design of Soviet and now Russian-style reactors. At the same time, such reactors work perfectly to this day in a number of European countries - the Czech Republic, Hungary and Bulgaria. Westinghouse, with the support of Washington, set the goal of squeezing Rosatom from the nuclear energy market of these countries. However, Prague, Budapest and Sofia would by no means allow the Americans to experiment with their nuclear power plants. Only "independent" Kiev turned out to be capable of this. The Westinghouse experiment with fuel rod adjustments in Nezalezhnaya has been going on for several years:

Why has Westinghouse been bringing fuel to VVER for so long? Because it is very difficult

Further more. While maintaining the Maidan regime, it is extremely likely that Russian VVER reactors will be replaced by American AP1000 reactors. Thus, for political reasons, Kiev will become dependent not on Moscow, but on the sharks of Western capitalism. At the same time, prices will not decrease in any way, but rather, they will regularly grow, since you should not count on charity from American partners.

Moreover, unlike the Russian side, Westinghouse refuses to commit itself to the reprocessing and disposal of spent nuclear fuel, leaving it the most independent. Since Ukraine does not own this by technology, the American company Holtec International for American loans near Chernobyl is building an ISFSF - a large repository of spent hazardous waste. For the first time in history, radioactive waste will not be stored underground, but on its surface. Moreover, this company does not have experience in such activities. Experiment so experiment. Most likely, the ultimate goal is to turn Ukraine into a radioactive dump of all "developed" countries.

Interestingly, Westinghouse fuel is produced using Russian uranium as well. However, it is not suitable for Rosatom reactors. Therefore, the structures of the Russian corporation withdrew their guarantees from the maintenance of reactors, and the cunning Americans are responsible only for the compliance of the fuel rod with the working area, everything else remains at the peril and risk of Kiev:

This scheme does not exclude design basis accidents, for which no one except Ukraine will be held liable. Westinghouse categorically refused to take it upon itself

Action breeds opposition. The US entry into the traditional Rosatom market prompted a retaliatory movement of the Russian nuclear industry to the West. In 2016, a contract was signed for the supply of Russian fuel for the Swedish Ringhals nuclear power plant. Moreover, Rosatom began to produce fuel cells according to American standards, the so-called "squares", instead of the traditional "hexagons".

More than two hundred Swedish-style reactors worldwide. In addition to an adequate price for fuel cells, working with Rosatom is attractive to Western nuclear power plants for the removal and reprocessing of spent fuel. Sweden, followed by other countries of the European Union, will be spared the need to build expensive underground storage facilities for radioactive waste. As a result, American nuclear scientists themselves risk being left without traditional markets.
Ctrl Enter
Noticed oshЫbku Highlight text and press. Ctrl + Enter
We are
The Chinese put Rosatom from Ukraine
Super icebreaker "Leader" is only the beginning
Reporterin Yandex News
Read Reporterin Google News
Ad
The publication is looking for authors in the news and analytical departments. Requirements for applicants: literacy, responsibility, efficiency, inexhaustible creative energy, experience in copywriting or journalism, the ability to quickly analyze text and check facts, write concisely and interestingly on political and economic topics. The work is paid. Contact: [email protected]
1 comment
Information
Dear reader, to leave comments on the publication, you must to register.
I have an account? Sign in