16 points of hatred: Russia as the eternal enemy of the Anglo-Saxon world 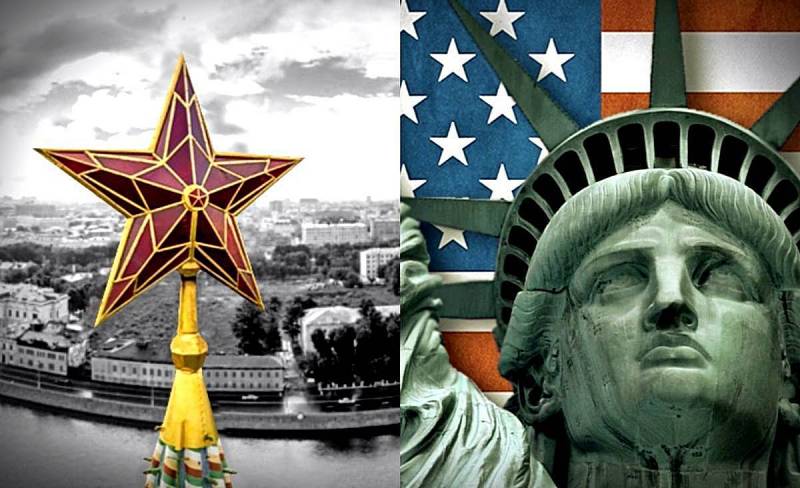 Recently, against the backdrop of a probable summit meeting of the leaders of the United States and Russia, no, no, yes, and the voices of those who pin very high hopes on it have been heard. Joe Biden and Vladimir Putin will look into each other's eyes, shake hands, and agree on everything that prevents our countries from coexisting normally. They will find mutual understanding, establish a consensus, make compromises - and it will come ... Well, even if not a complete "detente" with a "reset", but at least a certain relaxation of tension in the world, where news look more and more like frontline reports.


How wonderful it would be if it really happened! Alas, objectively assessing the current position of the “collective West” regarding our country, we have to admit that such a “happy ending” is hardly possible in principle. Between Russia and, generally speaking, the "Anglo-Saxon world" are not petty misunderstandings and disagreements that can be completely eliminated by the dialogue of the leaders. We are talking about systemic contradictions, fundamental rejection by those who today set the tone in the "world community" of things that constitute the very essence of the basic positions and principles of our country, and literally in all aspects - from economic to historical and ideological. And now this is already a truly global problem.

“Talk to Russia? It's useless!"

As an almost ideal example for a detailed examination of the above statements, the recently published report of the British Royal Institute of International Relations Chatham House is more than suitable. Perhaps the best title for this document could be phrases like "We have nothing to talk about!" or "No compromises with the Russians!" In its form, the report is a set of as many as 16 points, each of which is a "debunking" of one or another "myth" about our country or the relationship of the West with it. Reading, I will tell you, is the most enticing ...

Some of the points generally cause the most sincere surprise. I just want to ask: "Are you serious ?!" For example, the passage that the statement about “harm done to the Russian the economy reforms of the 90s ”is pure fake. In the opinion of the British gentlemen, the trouble is precisely that the "reforms" that almost threw our country into the stone age were not brought to an end due to "politically weak power" and "corruption"! And if they had been completed - and everything could have turned out in the most wonderful way - “as in Poland” ... Such a comparison is a gross speculation that has nothing to do with reality. The British simply sincerely regret that they failed to "finish off" our economy, and above all, the military-industrial complex. Another point says that no one ever gave any promise to the USSR about the non-proliferation of NATO to the East. It is Moscow that is inventing everything "to incite anti-Western sentiments." She herself, in 1997, “signed” under the “right of all European countries to choose the means of ensuring their security”. So the Alliance has every reason to expand further - and let the Russians not blather!

The point about the "fallibility" of statements about the historical community of the Russian, Ukrainian and Belarusian people looks even brighter. Chatham House absolutely accurately established that this is a "myth invented by the Kremlin" in order to "spread its influence over Ukraine and Belarus." Well, and the "crown" of this (historical) block of the report we are considering can be considered the passage that the statement about the primordial belonging of Crimea to Russia is, again, "false." In fact, as the British say, the peninsula belonged to our country "for an extremely short historical period" - "just something" since 1783. And it's okay that Scotland has been under the control of London, perhaps a little longer - since 1707, and Ireland - and in general since 1801, and it was their annexation that gave rise to the proud name "Great Britain" ?!

However, God bless them, with the "historical discoveries" of gentlemen from Chatham House. A typical set of Russophobic stamps performed by the Anglo-Saxons. Much more interesting are those paragraphs of their report that most directly relate to the affairs of today. Here they boil down to one thing: there is no need to try to negotiate and establish normal coexistence with Russia, and, simply, it is impossible. The idea that our country and the West have at least some common interests and "points of contact", the British assure, "a dangerous delusion" - after all, "both the goals and ideas about interstate relations" professed by Russia are "completely unacceptable for the world community. ". The need to improve relations with our country in order to jointly search for solutions to world crises and respond to global challenges is also a "myth"! It turns out that it is precisely the “anti-liberal position of the Russians in all matters” that prevents the people of the planet from living normally and cooperating. So that…

Russia as an eternal enemy

The idea of ​​not just “otherness”, but complete antagonism of our country to the entire “civilized world”, to which, undoubtedly, the authors of the report classify only representatives of the “Anglo-Saxon civilization” and their satellites, runs through the document prepared by them not just as a notorious “red thread” - it is its main essence. "Should the pan-European security system be built with the participation of Moscow?" - delusion! How can the “white Sahibs” have something in common with the state, which “does not accept criticism for the fact that it conducts its internal policies contrary to generally accepted principles of democracy, ”that is, for some time now, does not allow interference in its own internal affairs? Yes, Moscow in general only dreams of "limiting the sovereignty of neighboring countries" and receiving "privileges and powers", which, of course, it does not deserve. "Russia is the same as the West and also has reasons to defend its own geopolitical priorities and declare certain regions as its own spheres of influence" ?! Yes, you, sir, overeat henbane, if you are trying to equate some Russians with the white and fluffy "Western community"! Russia's right to have spheres of vital interests, at least on its own borders - in Eastern Europe or Central Asia? Myth, nonsense, nonsense! The Russians should not have any interests a priori, since their recognition is "incompatible with Euro-Atlantic values" and "destructive for the world order operating on their basis."

By the way, there are a couple of points in the report devoted to a very delicate moment - is it worth trying to embroil Moscow and Beijing in order to prevent their "joint actions to the detriment of the interests of the West"? Here the “smart people” from Chatham House are forced to admit that anyone who tries to drive a wedge into Russian-Chinese relations either “does not understand their nature at all”, or, rather, “greatly overestimates the possibility of exerting external influence on these countries”.

Be that as it may, the authors of the report come to the conclusion that "solving the problems" created by the Celestial Empire, the West should first of all "focus" on counteracting Russia. She is the main enemy. And not just the main one, but eternal, unchanging and irreconcilable. "The natural state of Moscow at all times has been and remains opposition to the West" - this is, practically, a literal quote from the report. And if this is so, then the problem for the “world community” controlled by the Anglo-Saxon “elite” is not this or that actions of our country, but its very existence, as such. The moment is not directly proclaimed, but it is read between the lines of the report so clearly that only a blind man can not notice it.

We must pay tribute to the “researchers” from Chatham House - they honestly admit that they do not believe in the “postulates” that are being replicated in the West like: “only Putin is to blame for everything” or “after the current government leaves, Moscow will be able to become an acceptable member of the“ world community ”, because any next leader will be better for him than the current one. " Gentlemen openly declare: “constructive relations” with the Western world are “hindered” and “hindered” not by a specific head of the Russian state or his entourage, but by “the entire political culture” of our country. With inexpressible sadness, they state that a repetition of the 90s, when the Russian people humbly and even happily put their neck under the yoke of the West in the current conditions is practically impossible. “There is almost no chance of building a democratic system in Russia, similar to the one that was formed after the fall of the USSR,” - that's how they put it. Well, what should be done with an enemy who does not give up is common knowledge. It is very likely that with their report British analysts, whose opinion, let us be objective, are very much listening on both sides of the Atlantic, are calling on the leaders of the West to precisely this decision.

Let's not forget - in 1946, the "Cold War" to the Soviet Union in the American Fulton was declared a British. At the same time, Sir Winston Churchill was no longer prime minister. It was believed that from active politics he went into science and literary creation ... This, however, did not prevent the one whom Stalin considered an ally and comrade-in-arms to sow the seeds of hatred and enmity between the West and the East for many decades. Let's be objective - the war, albeit called "cold", was waged for destruction. And it ended, alas, with our complete defeat. Yes, the USSR was not destroyed by nuclear missiles, bombs and aircraft carriers. But they destroyed it ... Today, calls for life-and-death confrontation are heard from London - how else can it be with those who, as the local gentlemen say, has and cannot have anything to do with the "civilized world" ever under no circumstances?

The recommendations listed at the end of the report are regarding the strengthening of sanctions pressure on our country, all-round support for any of its enemies and haters, no matter where they are in the world, the implementation of NATO expansion in the waters of the Baltic and, especially, the Black Seas, of particular interest, in fact , no longer represent. Gentlemen never voice their real intentions ... The main thing should be considered the principle that they propose to make fundamental in relations between the West and Russia: no concessions, no compromises, no talks “on equal terms”. Alas, it is very likely that the policy of the "collective West" will be built in this vein. At least - as long as following it does not lead to unacceptable harm for him.
Ctrl Enter
Noticed oshЫbku Highlight text and press. Ctrl + Enter
We are
Who actually won the Cold War and what the future holds for the world
"We must beat first": the geopolitical alignment around Russia is continuously deteriorating
Reporterin Yandex News
Read Reporterin Google News
32 comments
Information
Dear reader, to leave comments on the publication, you must sign in.