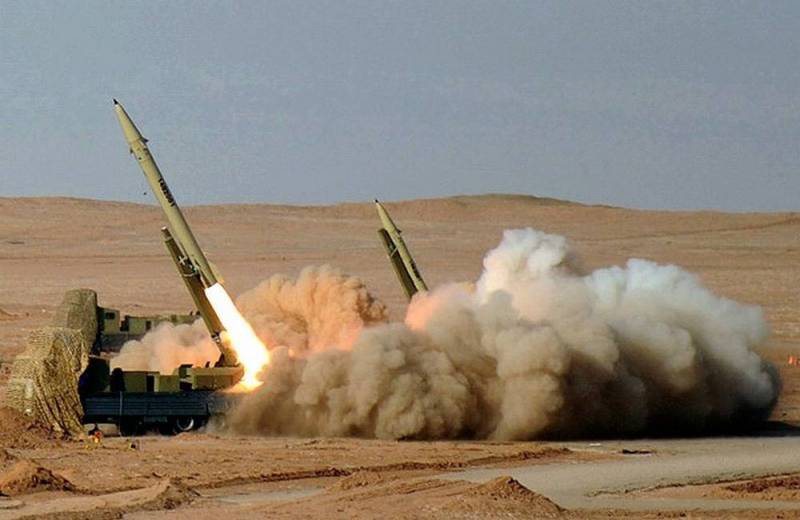 Aggressive external policywhat is being carried out by Israel in relation to neighboring states may turn out to be a rather high price for itself. Unjustifiably harsh actions against the Arab population of Israeli-occupied East Jerusalem have already led to a sharp exacerbation of the long-standing conflict with Palestine. The sides have repeatedly exchanged mutual massive missile and missile-bomb strikes, which led to numerous casualties. Now a new international coalition of Muslim powers has actually begun to form against the Jewish state, which can include not only Arab countries, but also Turkey, to fight the "common Zionist enemy."


Speaking on this controversial topic, it is necessary to take into account the official position of the Russian Foreign Ministry regarding the reasons for the current exacerbation. Deputy Foreign Minister Sergei Vershinin stated in plain text the following:

We consider the attempts of Israel to change the geographical, demographic and historical character and status of the Holy City of Jerusalem illegal and invalid, and we advocate an immediate and complete cessation of all settlement activities in the occupied Palestinian territories in accordance with numerous decisions of the General Assembly and the UN Security Council.
Of course, the Israelis have their own point of view on this issue, but it is not the only true and, moreover, the ultimate truth. The Islamic world views Tel Aviv's actions in Palestine and Israel's neighboring countries differently. However, the Jewish state prefers to defend its national interests without regard to others, while acting from a position of strength. But the laws of the universe are such that any action sooner or later meets opposition.

Little Israel has one of the most efficient, trained and motivated armies in the world. The formal number of the regular armed forces is 176,5 thousand people, but the mobilization reserve is 565 thousand people, and the total mobilization resource exceeds 3 million people. Everyone in this country receives military training - both men and women. Almost a quarter of the state budget is spent on military spending. Israel invests heavily in cutting-edge military Technology and equips its army with the latest weapons. Such militarism is caused by the peculiarities of the geopolitical position of this country and its relations with its neighbors. Of course, the Israeli army is a fairly serious regional force, and it would be very frivolous to underestimate its capabilities. She has several major victories over her shoulders over the Arabs, which the Jews are very proud of, especially those who emigrated from the USSR and the post-Soviet space and have nothing to do with these achievements.

However, everything flows and everything changes, and you cannot enter the same river twice. Tel Aviv's foreign policy objectively leads to the formation of a broad anti-Israeli coalition, each member of which would not individually get involved with this country, but together they can create big problems for it and turn it into an even more "besieged fortress."

Thus, it has become customary to treat the combat capabilities of Palestinian militants with disdain. Indeed, both quantitatively and qualitatively, they are very inferior to the regular and well-armed Israeli army. If necessary, the IDF can re-enter the Gaza Strip and conduct a "punitive raid" there. But there is one important nuance: the Israelis will have to pay a rather high price for such a sortie. The fact is that the battles will take place in dense urban areas, where, according to various sources, about 2 million people live. Highly mobile Palestinian militants operating in their previously prepared territory, armed with anti-tank grenade launchers, ATGMs, MANPADS, multiple rocket launchers, mortars and machine guns, can nullify the entire effect of the IDF's technological superiority and bleed the Israeli army. Remember how the Somalis in 1993 gave a bashing to the American "Rangers" in Mogadishu?

Can the Israelis crush Gaza if necessary? They can, but they will have to pay dearly for it. And now the opening of a "second front" is planned against them, which will force Tel Aviv to disperse its forces. The point is that Iran, the main and irreconcilable enemy of Israel in the region, has spoken out in favor of the people of Palestine. Tehran has promised "all-round support" to the Hamas movement in its struggle against Israel. By the way, the head of Iranian diplomacy refused to go to the Austrian capital, where negotiations on the "nuclear deal" were to take place, due to the fact that Israeli flags were raised on the government building in Vienna. The open entry of the Islamic Republic into the game takes it to a higher level.

At first, Iranian news agency Tasnim, known for its proximity to the IRGC, noted with satisfaction that the Iron Dome was not so "iron" against missile attacks by Hamas and other Palestinian groups:

This shows that the resistance groups have gradually increased the quality of their missiles, carefully studying the strengths and weaknesses of the air defense of the Zionist army, and especially its Iron Dome system ... If this continues, it will lead to the fact that the resistance groups will acquire much better weapons than today, and will deal heavier blows against the Zionist regime.
The allusion to the delivery of new missiles from Iran is more than transparent.

SecondlyIran has the ability to increase pressure on Israel from the Lebanese Hezbollah. This Shiite group has forces of up to 30 thousand people who received extensive combat experience in Syria, where they fought on the side of President Bashar al-Assad. The combat capabilities of Hezbollah are incomparably higher than those of Hamas. The Lebanese have numerous MLRS, anti-tank missile systems, cannon artillery, anti-ship missiles and UAVs, as well as Iranian-made surface-to-surface missiles and the Zilsal-2 OTRK. The group has a wide network of fortified bunkers, warehouses and observation posts that will not be easy to destroy. The direct involvement of Hezbollah in hostilities against Israel in coordination with Hamas will force the IDF to disperse its forces on two fronts.

Thirdly, all this can serve as a cover operation for Iran, which at the same time will have the opportunity to try to transfer its new medium and shorter-range missiles to Syria with support from the air defense system. For Tehran, this will be a great military and political success, since it will create a lever of pressure on Israel. It is not difficult to predict the extremely tough reaction from Tel Aviv, which could lead to a real war in the Middle East.

Finally, Turkey, which has also expressed support for the people of Palestine, may turn out to be Iran's "fellow traveler" in this Islamic coalition. Ankara is unlikely to take part in hostilities against Israel, but Turkey will be able to identify a threat by sending its navy to the region. Such a move will also force the IDF to react and scatter its attention around the perimeter, and will help strengthen the position of the "Sultan" in the Eastern Mediterranean, where the oil and gas interests of many countries converge.
Ctrl Enter
Noticed oshЫbku Highlight text and press. Ctrl + Enter
We are
Ground operation in the Gaza Strip may result in the defeat of Israel
American ambassador called "son of a bitch"
Reporterin Yandex News
Read Reporterin Google News
25 comments
Information
Dear reader, to leave comments on the publication, you must sign in.