In the United States disclosed data on the ground hypersonic complex 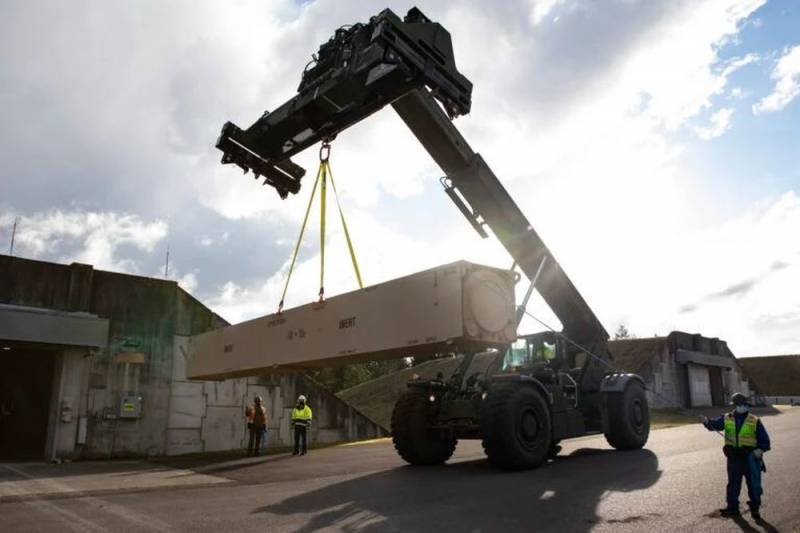 The US Army has finally provided the official range of its future Long Range Hypersonic Weapon (LRHW), the range of which fell under the INF Treaty, writes the American Internet publication The Drive.

Long-range hypersonic weapons provide capabilities over a distance of 2775 km
- said a spokesman for the army, as reported by Breaking Defense.

For comparison, now the most long-range ground system in service with the army (ATACMS) can hit targets at a distance of up to 300 km.

In simple terms, the LRHW consists of a large launch vehicle and a hypersonic gliding warhead. The carrier raises the ammunition to a specified height and deduces it at a specified speed. Then undocking occurs, after which the highly maneuverable warhead continues to fly independently to its target in the atmosphere at a speed of more than Mach 5. The combination of speed and maneuver makes it very difficult to detect, track and intercept. 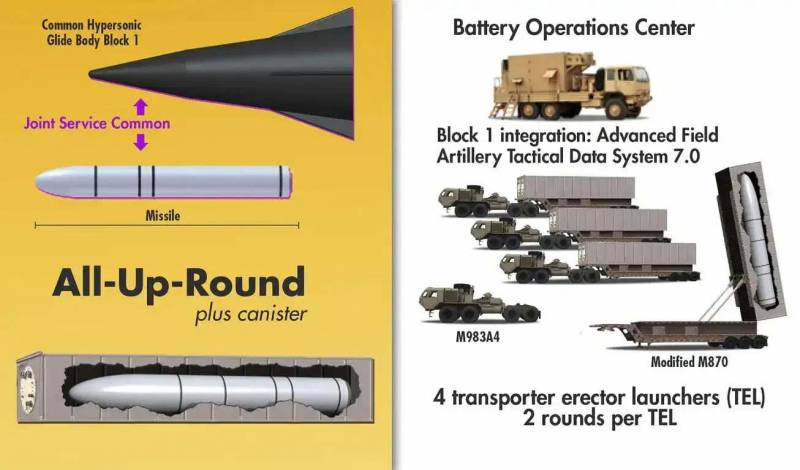 In 2018, it became known that the army, navy and air force were working together to create hypersonic weapons. LRHW is the military component of this program. IRCPS is the Navy's Medium Range Rapid Strike System. In 2020, the Air Force announced that it was ditching its hypersonic segment, the HCSW, in favor of the AGM-183A Air-Launched Rapid Response Weapon (ARRW). The LRHW and IRCPS systems use the same base missile and gliding warhead. There is only adaptation for launching from the required platforms (soil complexes, surface and submarine launchers).

Donald Trump withdrew the United States from the INF Treaty in 2019, ostensibly over the deployment of banned ground-based missile systems by Russia. However, work on the components of the aforementioned hypersonic weapons in the United States has been carried out for several years. In 2017, the Navy conducted its first test launch. The INF Treaty did not impose restrictions on the development or deployment of cruise or ballistic missiles for ships or submarines.

The White House hid information, since the INF Treaty explicitly prohibited the deployment of ground-based cruise and ballistic missiles with a range of 500 to 5000 km. The agreement did not explicitly prohibit the research and development of land-based weapons with prohibited ranges, provided that no actual testing of such weapons was carried out. But the missile for the Navy and the army are one and the same.

As indicated by Breaking Defense, LRHWs will be deployed in the Asia-Pacific region. From the American island of Guam, missiles will be able to reach Taiwan. This will enable them to be used in response to China's invasion of the island. If the missiles are deployed in Japan or the Philippines, they could strike the Chinese mainland. The presence of such missiles in Japan will allow targeting objects in the DPRK and in the Russian Far East.

The army is currently hoping to have a prototype battery ready to begin combat testing the LRHW sometime in fiscal 2022. This unit is expected to form the core of limited operational capabilities as early as 2023. The US Army, after revealing the data, is taking a step towards striking over long distances. The military has also made it clear that the Americans are indifferent to the restrictions imposed by the INF Treaty, the media summed up.
Ctrl Enter
Noticed oshЫbku Highlight text and press. Ctrl + Enter
We are
New weapons on the way: What is known about the anti-satellite complex "Burevestnik"
Hypersonic Weapons: Russia Confidently Holds Leadership
Reporterin Yandex News
Read Reporterin Google News
2 comments
Information
Dear reader, to leave comments on the publication, you must sign in.