War between Armenia and Azerbaijan may resume: on the reasons 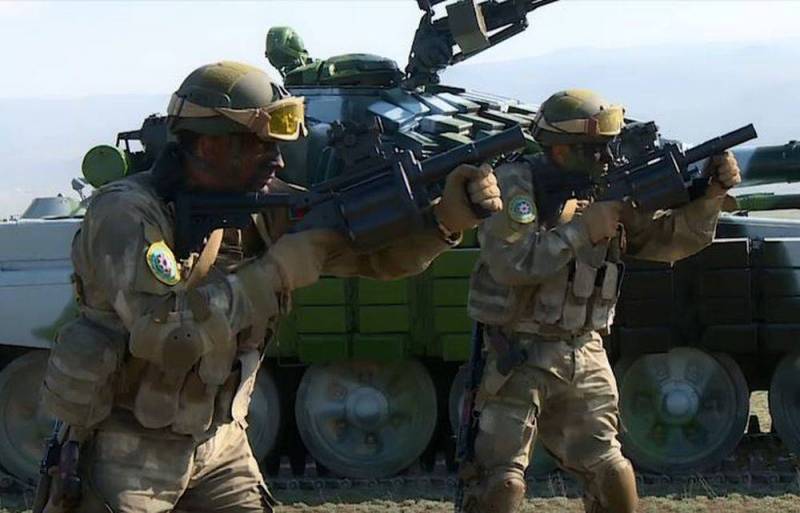 On May 14, 2021, the National Assembly of Armenia unanimously approved a resolution on the "crisis situation in the border regions" (Syunik, Vayots Dzor and Gegharkunik regions). This happened after Azerbaijani servicemen were seen in the area of ​​Lake Sevlich on May 12.


Yerevan really fears a renewed war with Baku. The thing is that due to the conflict between the countries, no border delimitation was carried out for three decades. After the war in Nagorno-Karabakh, the soldiers of both states had the opportunity to "wander back and forth" in the adjacent territories, which can lead to various incidents. If in the north of Armenia everything is more or less clear with the border, in the south no one knows exactly where it lies.

Now Armenians accuse Azerbaijanis of violating the state border of Armenia. According to the Ministry of Defense of Armenia, the servicemen of Azerbaijan tried to move their posts in the areas of the cities of Vardenis and Sisian in the south of Armenia. At the same time, a number of experts expressed to the Internet publication Gazeta.Ru their opinion both about what is happening and about the reasons for a possible new confrontation.

Director of the Caucasus Institute (Yerevan) Alexander Iskandaryan believes that a conflict between the countries can occur at any time, since there is no clear division of territories between the two states.

There are problems almost along the entire line of contact between Armenians and Azerbaijanis. And of course there is no international border there.
Iskandaryan said.

He explained that Yerevan's tough reaction to Baku was caused by the fact that the Azerbaijani military entered the Armenian lands, which even according to Soviet maps belong to Armenia and have nothing to do with Azerbaijan. Iskandaryan fears that incidents will be repeated.

Political scientist Gran Mikaelyan specified that now "canonical maps" of the General Staff of the USSR of the 1970s are used to determine the boundaries. He added that the incident took place on an unequipped site, "only the absence of military obstacles led to the advancement of Azerbaijani forces."

In turn, the expert of the Valdai International Discussion Club Farhad Ibrahimov stated that the border between Armenia and Azerbaijan should follow the line that existed at the time of the collapse of the USSR (the 1988 border line differs from the above-mentioned General Staff maps). He recalled that Baku has repeatedly called on Yerevan to sit down at the negotiating table and work out a mutually acceptable solution. Now Azerbaijan is serious about resolving the border issue.

But in Yerevan every time they brushed it off, believing that all this is "empty talk"
- specified Ibragimov.

He stressed that the Azerbaijani Armed Forces did not penetrate 3,5 km deep into the Armenian lands, but "are located on the territory that, in accordance with all documents, maps and agreements, is Azerbaijani and has nothing to do with the Syunik region of Armenia." Ibrahimov expressed doubt that the CSTO can somehow help Armenia, since the trilateral agreement of November 10, 2020 provides for the definition of borders.
Ctrl Enter
Noticed oshЫbku Highlight text and press. Ctrl + Enter
Reporterin Yandex News
Reporterin Yandex Zen
3 comments
Information
Dear reader, to leave comments on the publication, you must sign in.