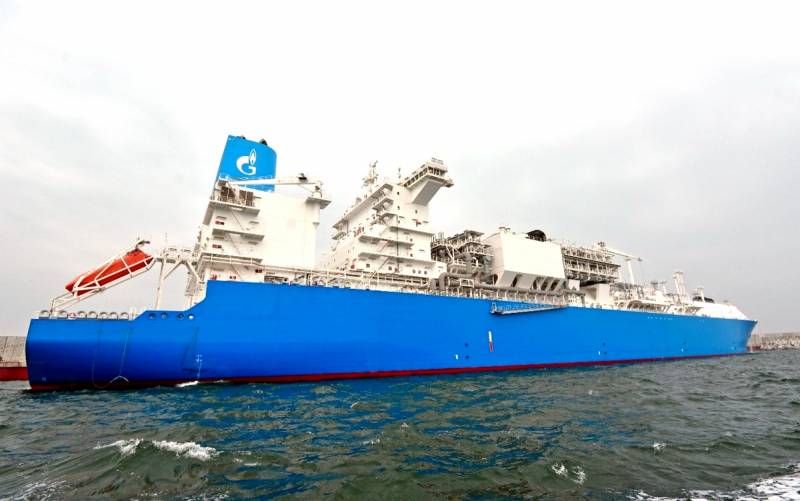 Starting in 2023, the European Union will introduce a special “carbon tax” for foreign companies supplying products to its market. First of all, it will affect the exporters of oil, gas, petrochemicals, metallurgy, fertilizers, and cement, the production of which emits a significant amount of greenhouse gases. This means that the main burden of the new "environmental burden" will fall on Russia. How can our country respond to this challenge?


First of all, it is necessary to point out that the "carbon tax" is the flip side of the "decarbonization" program of the world economics... The leadership of the European Union has set a goal to achieve its climate neutrality by 2050. For this, it is necessary to gradually abandon the use of coal, oil and gas in the energy sector and switch to renewable "green" energy sources. Obviously, this will lead to an increase in the costs of European manufacturers, therefore, equalizing their chances in comparison with “carbon” competitors is possible only through administrative levers, in particular, the introduction of a special tax on importers of products with a high “carbon footprint” in production.

For our country, all this is doubly bad news... On the one hand, Europe, the largest market for the sale of Russian hydrocarbons, will systematically reduce their consumption in the next 20-30 years. On the other hand, additional costs are artificially introduced for exporters of other products. And this can become a very big problem, since up to 40% of domestic exports can fall under the "carbon tax". And we are only talking about the European market, although the United States and China are also thinking about similar protective measures to protect their domestic market and local producers. What will Russia be left with then?

The fact is that our “carbon footprint” is really very large, which is influenced by a combination of several factors. First, Russia's main export commodity is not electric cars or smartphones, but gas, oil and metals. Secondly, during their extraction and production, a lot of electrical and thermal energy is consumed, which is not obtained from "green" sources. Thirdly, energy is also expended when pumping oil and gas through pipelines, from which, according to European experts, leaks can occur. There are no exact methods for calculating the "carbon tax" yet, but according to preliminary estimates, losses of Russian exporters by 2030 may amount to 5 to 50 billion euros. The average figure is 33 billion.

The fee will probably be small initially, but its size and the number of items it covers will only increase. It is estimated that rolled steel producers could lose up to 40% of their profits, pulp up to 60%, and crude oil exporters up to 20%. It is not hard to guess that the state will be forced to meet domestic oligarchs halfway and reduce the tax burden for them: the budget allocations from the mineral extraction tax and the export duty on oil and gas will be reduced. This means that the financial capabilities of the federal center will be reduced even more, and the shortfall from raw materials producers will have to be compensated for by an increase in the tax burden on someone else. (I wonder who?). However, there is no doubt that our government, headed by the former chief tax officer of the country, Mikhail Mishustin, will definitely come up with something.

But, perhaps, we shouldn't be grumbled in vain, and for the sake of an ecologically clean planet is it worth tightening our belts and being patient? Perhaps so. Or maybe not. The fact that the "green world" is simply a convenient pretext for the global redistribution of the world economy is evidenced by one important nuance. If we were talking about finding a real balance between harmful emissions and compensation for the damage caused to nature for them, then it should be borne in mind that CO2 emissions tend to be absorbed by forests. Our country is one of the leaders in terms of forest cover, rightfully considered the “lungs of the planet”. Yes, the Russian industry makes its modest contribution to the warming-box, but the forests absorb these emissions and purify the atmosphere. If everything were fair and purely for the sake of the environment, EU officials would take this factor into account when calculating the “carbon tax” methodology, but they simply ignore it on far-fetched pretexts. Perhaps because in the EU the forest area is relatively small and cannot compete with the Russian.

The "carbon stranglehold" will gradually begin to squeeze the raw-material export-oriented domestic economy in just two years. And what is left for us to do?

There are only three options left. For the transition period, use the mechanism of mutual redemption of CO2 emissions quotas, which make the products climate-neutral on paper. To start a program for the comprehensive reindustrialization of the Russian economy and the introduction of "green" energy sources in the production of products in order to diversify them and reduce dependence on the export of hydrocarbon raw materials. Through negotiations, seek from European officials to take into account the "forest factor" when determining the tax burden. Then, if the volume of emissions is exceeded, domestic producers will be able to compensate for them by planting new forests and restoring burned out forests. This would be a great blessing for our long-suffering taiga.
Ctrl Enter
Noticed oshЫbku Highlight text and press. Ctrl + Enter
Reporterin Yandex News
Reporterin Yandex Zen
23 comments
Information
Dear reader, to leave comments on the publication, you must sign in.