The Split in the United States: Why Retired Military Unites Against Joe Biden 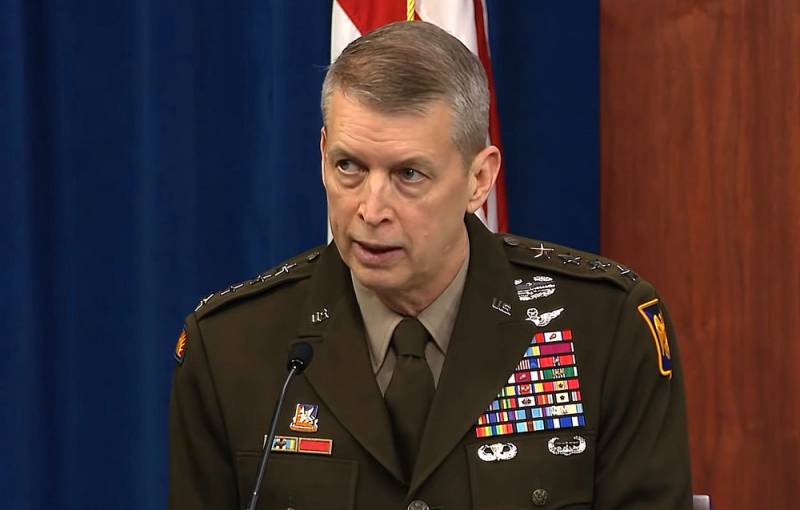 A coup d'état took place in the United States last fall. Through massive presidential fraud and unprecedented psychological pressure from the liberal media, Donald Trump was declared a loser and ousted from power. The Democratic Party, which made this "color revolution" at home, was seriously afraid that the Republican would ask for help from the army and other law enforcement agencies, but Trump did not go to further aggravation political situation in the country and retired to his estate, demonstratively taking the "nuclear suitcase" (naturally deactivated). And now, just a few months after the inauguration of Joe Biden, the military still came to the aid of the disgraced president, however, retired.


An open letter sharply criticizing the policies of the new head of the White House was signed by 124 high-ranking American military personnel, retired generals and admirals. The general message can be described as “the nation is in danger”. We will remind that quite recently, at the end of April, President Joe Biden celebrated 100 days of his stay in power. What did this American "Salvation Union" dislike so much?

Experts call the first three months of Sleepy Joe's rule rather boring, and he began very cheerfully, in just a few days canceling 62 executive decisions of his predecessor Donald Trump. We will tell you more about the consequences of these steps further. Among his actions were such that one can only welcome.

For example, in the first 100 days of Biden's presidency, 200 million injections of the coronavirus vaccine were given. 96 million people, or 37% of the US population, are now fully vaccinated. The fight against the pandemic was put at the forefront by the administration of the Democratic Party. As a result, the number of new diseases and mortality dropped sharply. In the early days, Joe Biden's team began promoting and securing the adoption of The American Rescue Plan, which included a lump sum payment of $ 1400 to each citizen, a soft loan program for businesses and a moratorium on evictions of tenants during the pandemic. This created 1,2 million new jobs and economy The US could grow 7% by the end of 2021.

However, some of the decisions of the new administration were such that they caused discontent among a large part of the US population. Biden stopped construction of the Wall on the border with Mexico and lifted the travel ban for residents of 13 states with a predominantly Muslim population. Migration concessions have led to the fact that every month more than 80 thousand people from Latin America are trying to break through the American border. Temporary shelters for them are overcrowded, people are kept in very difficult conditions, children suffer. The authorities are forced to open new camps for the concentration and detention of illegal immigrants. Earlier, the Sleepy Joe team promised to grant US citizenship to 11 million migrants, clearly intending to expand their electoral base at their expense for a confident victory over the Republicans in the future. Also during the election campaign, the Democratic Party promised to tighten the laws on the circulation of weapons. President Biden also delighted his military by allowing transgender people to serve in the army.

At the same time, the White House took an unexpectedly tough stance in foreign policy. Biden has publicly labeled Putin's Russian counterpart a "killer", and new sanctions have been imposed on Moscow for alleged interference in the 2020 presidential election and a hacker attack attributed to mysterious "Russian hackers." The Democrats upheld Trump's sanctions against Tehran, although lifting them was considered a condition of a new "nuclear deal" with Iran. Also, the previous restrictive measures against China were preserved, and new ones were introduced for "Hong Kong" and "Xinjiang". At the highest level, the massacres of Armenians in the Ottoman Empire were recognized as genocide. A ban was introduced on the sale of military equipment and armaments of the allied Saudi Arabia.

In general, a rather contradictory picture turned out, as if the new government does not quite understand what it wants to achieve. Immediately, unpleasant questions arose about how sane the 78-year-old President Joe Biden, who continually exhibits signs of progressive dementia, is sane, and who actually has his hand on the "red button." All these questions were directly asked by 124 retired American generals and admirals. We will cite their claims as theses.

At first, The Union of Salvation called the last autumn elections illegitimate due to massive falsifications.

Secondly, American officers blamed the FBI and the US Supreme Court for turning a blind eye to all these violations and allowing the de facto coup d'état to take place.

Thirdly, generals and admirals considered the actions of the illegitimate new authorities to be an attack on the foundations of democracy and the US Constitution:

Presidential elections aside, the current administration, in a dictatorial manner, launched a full-scale assault on our constitutional rights when more than 50 presidential decrees were quickly signed, bypassing Congress, many of which overturned effective policies and regulations from the previous administration.
At last, The Union of Salvation directly pointed out the obvious problems with the mental and physical condition of the Commander-in-Chief. Apparently, things are so bad that the Democratic Party itself urged its protégé Sleepy Joe to abandon the right to solely decide on the use of nuclear weapons. American generals and admirals considered this a "dangerous signal for national security."

What conclusions can be drawn from all this? American society, and more importantly, the American ruling elite, remains deeply divided. For 100 days, Democrat Joe Biden did not succeed in becoming "president for all", and it is unlikely that he will. According to the latest data, his rating is already at the level of 52-55%. If he leaves the race ahead of schedule for health reasons, he will be replaced by vice-president, dark-skinned Kamala Harris, who carries "progressive values", and then the split in society can only intensify. The fact that an open letter against Biden's team was signed at once by so many former high-ranking military personnel, clearly enjoying authority in the army, after only 100 days, should be a very alarming signal for the US Democratic Party.

It's not over yet.
Ctrl Enter
Noticed oshЫbku Highlight text and press. Ctrl + Enter
We are
Trump fell victim to a conspiracy. Who cheated the US president in the election
"See you in 4 years." What retreat options does Trump have?
Reporterin Yandex News
Read Reporterin Google News
5 comments
Information
Dear reader, to leave comments on the publication, you must sign in.