Russian LNG: why Americans are so furious

July 20 2018
2
Russia has entered the battle for China's liquefied natural gas market. Our country will have to compete with LNG from the USA, Qatar and Australia, which have already opposed the promotion of Russian LNG on the world market. The first tankers with the Yamal LNG “Eduard Toll” and “Vladimir Rusanov” visited the Chinese port of Jiangsu. The Chinese gas market is the fastest growing in the world. In just 2 years, Beijing plans to increase the share of “blue fuel” in its energy balance to 10%. This means an increase in consumption to 347 billion cubic meters. Of these, 220 billion will be offset by domestic production, and the remaining 127 will be imported. 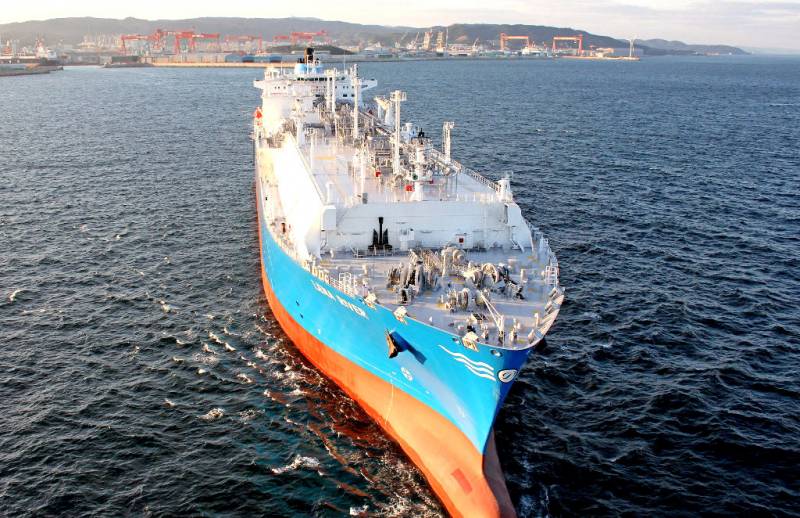 Russia has already staked out a certain share of the Chinese market through a contract for the construction and launch of the Power of Siberia gas pipeline. Now the challenge is not to miss the opportunity to export Russian LNG. Celestial Empire purchased 50 billion cubic meters of LNG this year, next year volumes will grow to 60 billion. It is estimated that domestic LNG will be cheaper than American, but more expensive than gas from Qatar. Despite this, Russian fuel has prospects, since Beijing is conducting a balanced policies diversification of supplies and does not intend to rely only on the Qatari emir or, especially, on Uncle Sam. Russian LNG has good prospects.

At first, it was ascertained for certain that Russia possesses not only goods at an affordable price, but also a unique transit corridor. The fact is that gas tankers delivered their cargo via the Northern Sea Route. It turned out that the journey took only 19 days instead of the traditional 35. The NSR begins to turn into the “Ice Silk Road” due to its greater profitability than the Suez Canal. Yes, the way through the Suez Canal is more familiar, its infrastructure is developed and the weather is pleasant, but for the Chinese who can count the currency, the commercial benefits of the cold “Northern Sea Route” are more important. Moreover, thanks to the melting of the ice, the NSR is constantly cleared, and the tankers have already been able to pass the ice segment without icebreakers, which also gives tangible savings.

Secondly, already in August the second stage of the Yamal-LNG plant starts ahead of schedule, and the third will be next year. In a year, Russia will begin to compare in volume with competitors from Indonesia. Following him, in 2023 work can begin on a promising new project, Arctic LNG-2, which will produce an additional almost 20 million tons of liquefied natural gas.

ThirdlyLNG projects can provide an incentive for the development of domestic shipbuilding. To export gas to the Asia-Pacific market, special Arc7 ice-class gas tankers will be required. Due to the lack of experience in their production, the initial batch was ordered at the shipyards of South Korea, which caused condemnation of the Russian public. In the future, dozens of specialized vessels for LNG supplies will be produced in Russia at the Zvezda Far Eastern plant. The experience of South Korean specialists was brought in to modernize the enterprise to the appropriate level.

Thanks to the development of the infrastructure of the Northern Sea Route, Russian liquefied natural gas will be able to occupy a worthy niche in the growing Middle Kingdom market.
Ctrl Enter
Noticed oshЫbku Highlight text and press. Ctrl + Enter
We are
Russia and China are preparing the "main irritant" of the United States
Why Europe is rapidly buying up Russian gas
Reporterin Yandex News
Read Reporterin Google News
Ad
We are open to cooperation with authors in the news and analytical departments. A prerequisite is the ability to quickly analyze the text and check the facts, to write concisely and interestingly on political and economic topics. We offer flexible working hours and regular payments. Please send your responses with examples of work to [email protected]
2 comments
Information
Dear reader, to leave comments on the publication, you must sign in.