Israel on track to create an ultimatum defense against Palestinian missiles 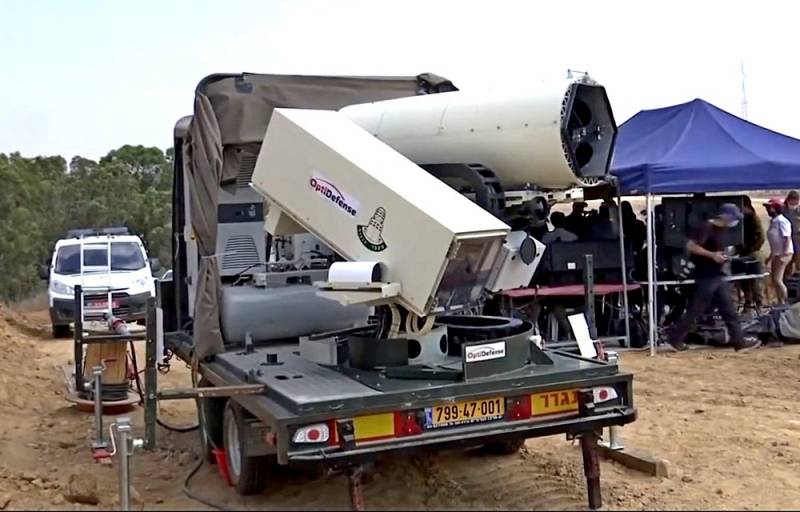 During the latest escalation of the conflict, Israel and Palestine exchanged massive missile strikes. Hamas militants fired over 1600 missiles at the Israeli part of Jerusalem, Tel Aviv and other cities of the Jewish state, of which, according to the IDF spokesman, about 400 did not reach at all, and 90% of the remaining ones were shot down by the Iron Dome missile defense system. Despite the cheerfulness of the official statements, at least five Israelis were killed and over two hundred were injured. Why is the widely advertised "Dome" in fact not so "iron"?


First, it is necessary to outline in general terms Israel's missile defense system and the challenges it faces.

The long-range missile defense system of the Jewish state is called "Hetz" (Arrow) and is designed to intercept missiles launched from a distance of up to 3000 kilometers, flying at a speed of up to 4,5 kilometers per second. This system was developed in collaboration with the US Missile Defense Agency and US defense companies. "Hets-2" is capable of guiding up to 12 targets simultaneously and intercepting short-range missiles of the enemy in the stratosphere. Hetz-3 is designed to protect against medium-range missiles such as Iranian Shahab-3 and Sajil.


Israel's mid-range missile defense system is represented by the Sling of David. It has also been developed with US partners to intercept short-range ballistic missiles, subsonic missiles, large-caliber unguided missiles and aircraft.


Iron Dome "is a short-range defense complex, and it is on it that the main load falls, taking into account the specifics of the enemy. Palestinians from the Hamas movement periodically strike at the territory of the Jewish state from analogs of the MLRS "Grad", mainly of Iranian design. Handicraft unguided rockets "Kassam" are becoming a thing of the past. One "Dome" should cover an area of ​​150 square kilometers from similar missiles with a range of 7 to 40 kilometers. This is an independent development of the Israeli company Rafael. Its active use began 10 years ago.


It is claimed that tactical missile defense is capable of intercepting from 85 to 90% of enemy missiles, and indeed, the Iron Dome has shot down thousands of them over the years. However, in recent days, the effectiveness of the system has been questioned. Why did it happen? In fact, there are several factors at once that determined such a result.

At first, a missile defense system that guarantees 100% interception of all missiles does not exist in principle. Any complex has its own saturation limit - the maximum number of targets that an air defense system can hit with one ammunition load.

Secondly, before the "Iron Dome" such a task was not initially set. Launching one anti-missile missile costs 20-30 thousand dollars, which is several times higher than the cost of Palestinian missiles. The creation of this system was primarily due to economic reasons. The fact is that if each Palestinian missile hits a residential city block, the state is obliged to pay compensation to its residents in the amount of at least 250 thousand dollars. For this reason, the IDF does not react to rockets and shells flying through the uninhabited territory of the country, where there is nothing to cause damage, but always strives to intercept those that fly to cities.

Thirdly, it should be borne in mind that now the quality of the missiles used by the Palestinians has also changed. If earlier Hamas militants fired primitive Qassams, now A-120 missiles developed in Iran are flying towards Israel. This is already a much more serious product, capable of covering a distance of 120 kilometers. In the arsenal of militants there are other ammunition, the qualitative and quantitative characteristics of which are not disclosed.

Consequently, the balance of power has changed somewhat. Iranian A-120s in Palestine may be only the first swallow, so Israel will have to adapt its missile defense system to the new threat. Note that the Jewish state is currently following its American allies, developing a short-range missile defense system based on the use of laser of technologies.

It has been named the Iron Beam and is designed to destroy short-range missiles, artillery mines and shells, and drones. The mobile complex includes a radar station, two laser installations and a control point. The "iron beam" is capable of detecting a small target at a distance of up to 7 kilometers and destroying it with a directed beam within 4-5 seconds. Its big advantage over anti-aircraft missile and missile-cannon systems is the low cost of the "shot", almost unlimited "ammunition", the lower cost of maintenance of the installation and the reduced weapons crew.


If the Israelis manage to bring the new complex to mind (today it is being tested), Tel Aviv will have the last line of defense against enemy missiles. The Iron Beam, unlike the Iron Dome, can be safely deployed in cities, shooting down missiles at the end of their flight. Thus, the IDF will acquire an ultimatum multilevel missile defense system, which is likely to nullify all the strike capabilities of Hamas.
Ctrl Enter
Noticed oshЫbku Highlight text and press. Ctrl + Enter
We are
New weapons on the way: What is known about the anti-satellite complex "Burevestnik"
Our response to Erdogan: What Russian systems put an end to the domination of UAVs
Reporterin Yandex News
Read Reporterin Google News
17 comments
Information
Dear reader, to leave comments on the publication, you must sign in.