Global warming will be a serious challenge for the Russian economy 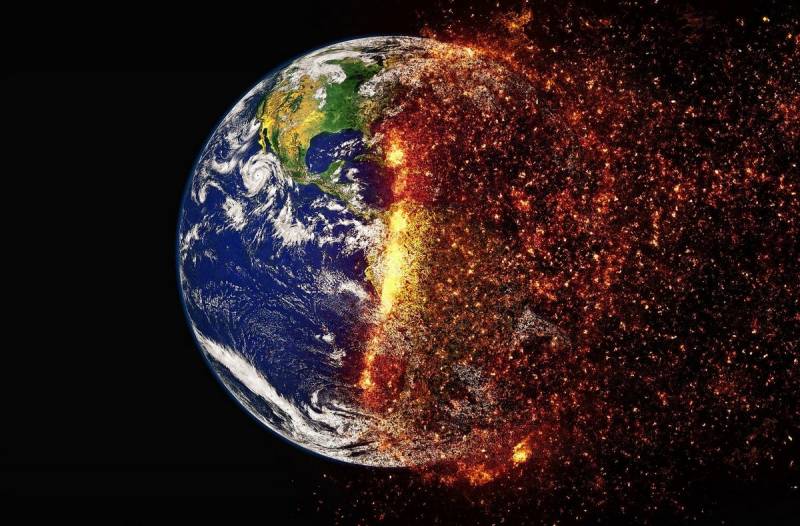 The climate on Earth is changing right before our eyes, and after it the whole world is changing. economy... Russia, most of whose territory is located in the permafrost zone, will feel these changes more than others. What are the pros and cons of global warming in our country?


The steady rise in temperature on the planet can most of all affect the Arctic zone of Russia. Melting polar ice and permafrost will open up some new opportunities, but at the same time will create a lot of additional problems for us.

At first, the release from the ice cover will make the Northern Sea Route more attractive as an alternative waterway to the Suez Canal. In the future, it has a chance to become navigable all year round. This is undoubtedly a big plus, but the minus is that Russia may lose its exclusive status of the "operator" of the NSR, which sets its own rules for piloting and provides pilotage services for a fee using powerful icebreakers.

Secondly, the melting of permafrost in the future can make the northern regions of our country more attractive for agriculture. The head of the Ministry of Natural Resources Alexander Kozlov said this the day before:

Each such region understands what will happen to it in 20-30 years - it will cease to be northern or suddenly become brightly agricultural. You need to adapt to this.
Indeed, on the globe, Russia is the largest country in the world, but only a smaller part of it can be effectively used for economic activity, since 60% of the territory is located in the permafrost zone. Therefore, traditionally in the northern regions, it is customary for us to engage in animal husbandry. When the permafrost moves further towards the Arctic, new opportunities will appear for farmers. Alas, they will be rather limited: the soils there will be bad (and where would the black soil come from?), The weather will be unstable, and the new territories will belong to the zone of risky farming. In other words, if one wishes, in 20-30 years, near Arkhangelsk, it will be possible to grow something very atypical for this region, but in terms of commercial efficiency, the north will not be able to compete with the southern regions. By the way, climate change will also have a negative impact on the South of Russia: according to environmentalists' forecasts, such natural phenomena as droughts, floods, unexpected cold waves during the growing season, etc. will become more frequent and intensified there.

Thirdly, our country runs the risk of unwittingly becoming the largest greenhouse gas polluter of the atmosphere. With the acceleration of the melting of permafrost, the release of CO2 and methane can increase by 10 times. This can nullify the entire positive effect of attempts to "decarbonize" the world economy.

Fourthly, due to the retreat of the permafrost zone further to the north, Russia will face an increasing number of man-made disasters. Last year, at CHPP-3, owned by Norilsk Nickel, there was a spill of diesel fuel from the tank, which got into the ground and the river and caused colossal environmental damage. One of the reasons for the emergency was the thawing of the soil under the support of the tank. Indeed, when the entire Arctic infrastructure was created under the USSR, the foundations and piles of buildings were designed for a certain depth of permafrost, but that was not so eternal. Buildings in the northern regions are gradually deforming and losing their stability, and this is a huge problem. During the Soviet period, there was a system of constant monitoring of soil change processes and the so-called "permafrost commissions" in all municipalities. In the 90s, they were liquidated and to this day have not been recreated. As the company's management later admitted, Norilsk Nickel did not carry out regular monitoring of the state of permafrost under the fuel tanks of CHPP-3 at all. Not done.

There are negative forecast scenarios according to which in the Far North of Russia in 20-30 years up to 54% of buildings may be deformed or destroyed. So, it is very symbolic that in 2009 the brick building of the Research Institute of Agriculture of the Far North in Norilsk, designed to promote agriculture in high latitudes, cracked, and its team had to be hastily evacuated. In all likelihood, in the future, in the Arctic zone, it will be necessary to move to the construction of modular, easily erected houses, which, if necessary, can be disassembled and moved to another place. And this, of course, is money, big money.

Fifthly, problems are expected with that vital infrastructure for the state that, with all the desire, it is impossible to simply disassemble and move. These are, for example, oil and gas pipelines, as well as oil storage facilities. According to recent research by Natural Communications, between 48% and 87% of Russia's Arctic infrastructure is located in the permafrost melting zone:

Central oil or natural gas transportation routes could be at serious risk: 1590 kilometers of the Eastern Siberia-Pacific Ocean pipeline, 1260 kilometers of large gas pipelines that begin in the Yamal-Nenets region, and 550 kilometers of the Trans-Alaska oil pipeline are in an area where near-surface permafrost can melt by 2050.
According to Dmitry Streletsky, professor at the George Washington University, the cumulative damage to Russia from the deformation and destruction of the infrastructure of the Far North could amount to about $ 250 billion by 2050. Of course, all these predictions are not the ultimate truth, however, 20-30 years is a very short time, and one should think hard about the possible risks right now, so as not to arrange rush jobs later.
Ctrl Enter
Noticed oshЫbku Highlight text and press. Ctrl + Enter
We are
Melting ice will call into question Russian sovereignty over the Northern Sea Route
Can Russia “stop” the Suez Canal?
Reporterin Yandex News
Read Reporterin Google News
13 comments
Information
Dear reader, to leave comments on the publication, you must sign in.