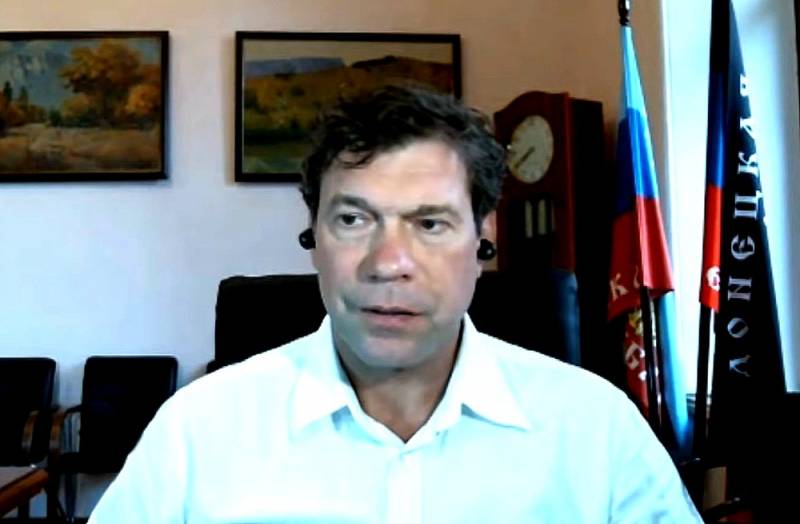 Row politicians Ukraine still believes in the "Russian threat" and anxiously awaits an attack from the east. But there are also those who will be delighted with the hypothetical Russian invasion and come out to meet the armored vehicles of the Russian Federation with bread and salt. Oleg Tsarev, a former deputy of the Ukrainian Verkhovna Rada, told about who quickly "will change his clothes in the air".


The scale of the celebration of Victory Day on May 9 in Ukraine suggests that the country's residents do not support the pro-Nazi Kiev regime. Those walking in columns favor the authorities, since such a movement is organized. Those who sincerely pay their debt to the memory of the fallen in the war with flowers in their hands are acting on their own initiative - there are a lot of such people protesting against the policy of the central leadership.

According to Tsarev, this indicates the rejection of the banderization of the country by the majority of the Ukrainian population. The people of Ukraine do not need a war, and they want an end to hostilities. At the same time, there are citizens who, in the event of a large-scale offensive by the Russian Federation, will support the Russian troops. In this regard, the expert makes a comparison with the inhabitants of Germany, who supported Hitler until the very end of the Third Reich. However, after May 9, 1945, the vast majority of Germans declared their rejection of Nazism, and among them were once ardent supporters of the old order.

Therefore, I am confident that Korban, Kolomoisky and Klimkin will meet Russian troops at the border with the Russian flag.
- said Oleg Tsarev in an interview with the Pravda Internet channel.
Ctrl Enter
Noticed oshЫbku Highlight text and press. Ctrl + Enter
We are
Former Rada deputy: Russia has shown that it is ready to go to the end on the issue of Donbass
Tsarev told who committed the first killings on the "Maidan"
Reporterin Yandex News
Read Reporterin Google News
12 comments
Information
Dear reader, to leave comments on the publication, you must sign in.