"Strategic compass" of Europe: with whom and for what the EU is going to fight 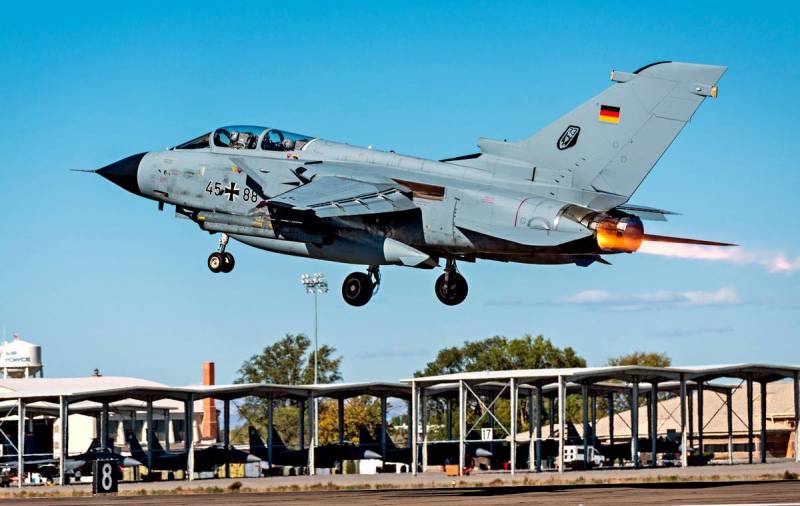 The countries of the Old World are determined to develop the first autonomous military concept in the history of a united Europe. In any case, it was precisely such an order that was given by the Council of the European Union to the High Representative for Foreign Affairs and policy EU security to Josep Borrell. The deadline is until November of this year, when the draft document bearing the working title "Strategic Compass" is to be submitted to a meeting of this body. In principle, there is nothing surprising in such a decision - rather, it is rather strange that the European Union has not bothered with its own defense so far, wholly and completely relying on the North Atlantic Alliance in this matter.


On the other hand, some moments accompanying the birth of the "Strategic compass" make you think hard about the true goals and intentions of the initiators of its creation. And those can be very different - up to the complete opposite. Let's try to figure out what in reality is behind the military plans of Brussels and not only him alone.

This question is by no means an idle question. Moreover, right now the answer to it is becoming the "cornerstone" on which, in fact, the entire concept of European security should be built. Today, the new United States administration is making significant efforts to revive the "North Atlantic unity" nearly destroyed by Donald Trump. The problem is that Washington is not focusing on cooperation with Berlin or Paris, which have a fair amount of independence and have learned to say a distinct "no" in response to American claims and demands. The main efforts are aimed at forging alliances and alliances in Eastern Europe that are absolutely controlled by overseas "partners", which in fact in no way contribute to the security of the Old World. Rather, the opposite is true.

Here are some of the most recent examples. The other day the summit of the so-called "Bucharest Nine" took place - just such a "bloc", which includes Romania, Poland, Czech Republic, Hungary, Bulgaria, Slovakia and the Baltic countries. In the process of this event, which was held, for the most part, in a virtual format, its participants were honored to listen to the speech of Joe Biden himself. The head of the White House found time to voice Washington's most ardent desire to cooperate as closely as possible with the members of the Nine on issues of "containing external threats." It is clear exactly where the outgoing ones come from ... To confront Russia, it is planned to create a "united front from the Baltic Sea to the Black Sea." Does this remind you of anything? Doesn't cause obsessive associations from June 22, 1941 ?! The most unpleasant thing is that all these loud words are by no means empty declarations, and they have a very concrete embodiment in life.

Thus, according to Romanian President Klaus Iohannis, a kind of "Euro-Atlantic defense center" will be created in Bucharest in the very near future. That is, it is a powerful NATO foothold for actions, primarily in the Black Sea and adjacent regions. According to the Romanian leader, the urgent need to create such a structure arose in connection with the "feeling of an insufficient level of security" due to the "destabilizing actions of Russia", which must be answered with "deterrence and defense." In fact, when you see and feel something that you need to "scare away", you need to contact specialized specialists. However, the Romanians preferred to resort to the help of overseas "friends". And the point here is not at all about any sensations - for example, Brigadier General of the US Army Christopher Norrie recently spoke so bluntly: they say, the Black Sea is "a key theater for the actions of the Alliance's armed forces, and, above all, the American ones." At least honestly. By the way, during the summit, Romanian Foreign Minister Bogdan Aurescu expressed his great joy that "the Black Sea has already partially turned into a NATO lake." Apparently, the main Romanian diplomat (and far from being the only one) dreams that this "transformation" will become complete. But the Black Sea Fleet of Russia also interferes with Sevastopol.

It must be said that the North Atlantic Alliance has recently sharply intensified its activities to increase its influence on the main institutions and bodies of the European Union, which until now remained beyond its control. Thus, during a visit to Austria by Jens Stoltenberg, an agreement was reached between him and the leadership of this country to open a NATO office at the Vienna-based Organization for Security and Cooperation in Europe (OSCE) and "other international organizations" located in the Austrian capital. ... It is impossible to call this moment positive - to the “objectivity” of the OSCE representatives who tried to “monitor” the situation in Donbass, and there were big questions, but now we simply don’t have to talk about it.

Where will you go ?!

No less alarming - in the context of current events and trends, it can be considered that the first specific point related to the implementation of the Strategic Compass, announced to the general public, is the EU's plans to create some kind of “rapid reaction force” with a very intriguing name: Initial Entry Force, which is most accurately translated into Russian as "Forces of the first entry." It's just not entirely clear where the gentlemen from the 14 EU countries, standing at the origins of the new military formation, were going to enter, and even at a fast pace? Some conclusions can be drawn from the speech on this issue by Josep Borrell, who liked this idea very much. According to a high-ranking official, an "expeditionary corps" of supposedly 5 thousand people, reinforced with an appropriate number of not only armored vehicles and aircraft, but also warships, is necessary for "immediate use in the face of fleeting crises." And then, you know, Monsieur Borrell laments, in the current conditions "we need to hold so many discussions, contact so many committees and prepare such piles of papers" that "the matter is no longer urgent, or we are simply late."

An interesting picture, right, it turns out. Everything said by Mr. High Representative of the EU for Diplomacy and Security can not be attributed to the sphere of defensive actions - when the enemy attacked, there will certainly be no time for negotiations and discussions. Therefore, we are talking about some kind of offensive operations. As some high-ranking officials from the EU's governing structures stated on this occasion, the First Entry Force is needed to “provide assistance to foreign democratic governments in dire need of it”. But in such a formulation of the question there is a huge danger ...

In order to confirm this assumption, I will allow myself to quote the speech of Polish President Andrzej Duda at the same Bucharest summit of the NATO Eastern Flank: “We really want Belarus to move towards democracy ... We must be vigilant, closely monitor the situation and be ready, in the event of any threat from Russia, to defend Belarus and its sovereignty ... "By the way, the same thoughts, only in an even more frank form at the same event, were" duplicated "by the President of Latvia, Egils Levits, who stated that the participating countries The Bucharest Nine "should help Belarusians create a democratic state." How do you like these passages ?! And who, tell me, in this case, will prevent the EU at some point from recognizing the "democratic government" of Belarus a gang led by Tikhanovskaya or any other created by the local "opposition"? And then - and "provide her with effective assistance" with the participation of the "Rapid Entry Forces"?

It is very likely that they are created precisely for this kind of operations. Announcing the development and adoption of the Strategic Compass, the European bureaucrats (in particular, the same Josep Borrell) emphasize in every possible way that this military doctrine is necessary for the European Union not only to “counter threats and challenges”, but also to “promote its interests and values ". It is unlikely that these gentlemen are going to "move" European values ​​somewhere in Africa or the Middle East. Times are not the same ... There is a very real danger that the old woman of Europe combed her hands on the next "Drang nacht Osten". And this is extremely sad - first of all, for herself. The unlearned lessons of history invariably come with the highest price - the European gentlemen should have learned this.

The "strategic compass", in theory, could become a navigational tool capable of showing the EU countries the way out of the complete unnecessary confrontation with Russia, without a doubt, lying through refusal to blindly follow the policy of enmity imposed on the Old World from across the ocean. For Germany, for example, the military expenditures that the American "allies" in NATO demand from her are absolutely unbearable. As it became known recently, many defense projects have been put on pause in this country - from the creation of new fighters, tanks and submarines to the purchase of Boeing P-8A naval patrol aircraft. The plans of the German government so far have been to cut military spending, which has become even more urgent in light of the damage that has been done the economy countries with the coronavirus pandemic. This allows us to hope that common sense in the developed countries of the European Union will nevertheless prevail over the militaristic impulses of some of its members.

However, in the event that the "Strategic Compass" ends up in the hands of US satellites, such as the current Minister of Defense of the Czech Republic Lubomir Metnar, who rattles, as usual, that "Russia is the main threat to NATO" or the leaders of Poland and Lithuania who dream of arranging intervention in Belarus, the consequences will be truly disastrous. They have been trying to “promote European interests and values” on our land for centuries, including with the help of a variety of “entry forces”. Confirmation of this is the numerous graves of participants in such "advancements" with which it is dotted. Indeed, one should not try to make another attempt - even relying on the military might of the United States or trying to unite the forces of all of Europe for this purpose.
Ctrl Enter
Noticed oshЫbku Highlight text and press. Ctrl + Enter
Reporterin Yandex News
Reporterin Yandex Zen
5 comments
Information
Dear reader, to leave comments on the publication, you must sign in.