How the American withdrawal from Afghanistan will turn out 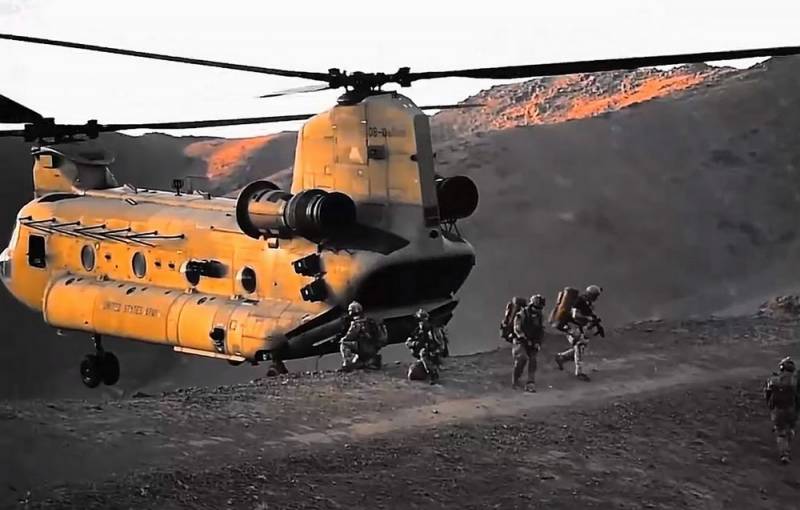 Saying one thing and doing another is the basic principle of American foreign policy... Both President Donald Trump and his implacable adversary Joe Biden have pledged to pull troops out of Afghanistan so the American boys can finally fly home. However, the reality is that these same guys under the Stars and Stripes are only gaining a foothold in the Central Asian region.


A month ago, President Biden pledged to complete the US withdrawal from Afghanistan by the 20th anniversary of the 11/18 attacks in New York. It sounds optimistic, but it should be borne in mind that we are talking about a contingent operating as part of an international coalition. And also, by the way, there are military advisers, counter-terrorism units and private military companies. According to the head of the Center for the Study of Modern Afghanistan, Omar Nessar, there are currently about XNUMX thousand fighters of foreign PMCs in his country. Let's not forget about the NATO servicemen remaining there. The key question is what will happen after the main forces of the Pentagon leave Afghanistan, and the next is where exactly they will leave. And this is the most interesting thing.

With a high degree of probability, it can be assumed that the Taliban group (banned in the Russian Federation) will try to demolish the official authorities of Afghanistan in Kabul and take control of the country. It is very possible that it is with this that they will face another terrorist group ISIS, banned in Russia, which has so far lost ground and faded into the shadows. If radical Islamists from ISIS gain the upper hand, they can continue their expansion into neighboring Central Asian republics, creating a serious problem in the southern underbelly for Russia. It is possible that the emergence of such a permanent terrorist threat was one of the goals of the Pentagon strategists. On the eve of some of their other possible plans, the Wall Street Journal, popular in the United States, reported.

According to the WSJ, the US military will leave Afghanistan very close and may be stationed in Uzbekistan and Kyrgyzstan. Recall that earlier they already had their own military infrastructure at the Uzbek military base Karshi-Khanabad and in the Kyrgyz Manas. Subsequently, the Americans were forced to leave as a result of political pressure from Moscow and Beijing. (Yes, China is in full swing establishing its own order in the territory of the former USSR). In the realities of 2021, the likelihood of the United States returning there and back is very high.

Thus, despite the fact that Kyrgyzstan is a member of the CSTO and the Eurasian Union, Bishkek clearly did not like how, after the “one-day war” with Tajikistan, its President Rakhmon went to the Victory Parade in Moscow, apparently seeking support and protection from the Kremlin. This visit was preceded by the creation by Russia of a joint air defense system with Tajikistan. The scenario with the deployment of American troops on its territory can be used by the Kyrgyz authorities to exert political pressure on the Kremlin in the future conflict between Bishkek and Dushanbe. Perhaps the chances of a renewed US military presence in Uzbekistan are even higher. Tashkent is not at all connected with Russia by any obligations within the framework of the CSTO and the EAEU and can use the American card to bargain with Moscow. The Uzbek authorities are trying to play "multi-vector" in the worst traditions of "Batka", cooperating simultaneously with Russia, the United States, China, Turkey, Pakistan, the official Kabul and the Taliban. On the territory of the former Soviet republics, American shock and reconnaissance drones, bombers, artillery may soon appear - all supposedly to curb the expansion of radical Islamists. However, the possible redeployment of American troops is not limited to these countries.

Wall Street Journal sources report that they can also "leave" to Pakistan, neighboring with Afghanistan. It is interesting that Islamabad itself for a long time sought to withdraw the US contingent from its border area, while making good money on the transit of Pentagon military cargo. This is the kind of "withdrawal of troops" that Washington can get. The next option, which the WSJ talks about, is the deployment in the region on a permanent basis of an aircraft carrier strike group of the US Navy. This is supposedly so that the United States can quickly provide support to the official Afghan government in Kabul in the event of an attack on the capital by Taliban or ISIS forces. In reality, most likely, this AUG will be needed to provide additional military and political pressure on China and Iran. Other "reserve airfields" for the "outgoing" American troops can testify to this as well. According to the Wall Street Journal, if all the previous options for some reason do not work out, the US military contingent will be redeployed to the Persian Gulf region.

In other words, there is no talk at all about the return of American guys from the war home, back to the United States. I wonder what will prevent Washington, under the guise of "withdrawing from Afghanistan", to strengthen its military presence in all the strategic points indicated by the publication at once?
Ctrl Enter
Noticed oshЫbku Highlight text and press. Ctrl + Enter
We are
Ukraine from the inside: traitors, curators and those who watch from the Kremlin
Ten "defeats" of Putin
Reporterin Yandex News
Read Reporterin Google News
9 comments
Information
Dear reader, to leave comments on the publication, you must sign in.