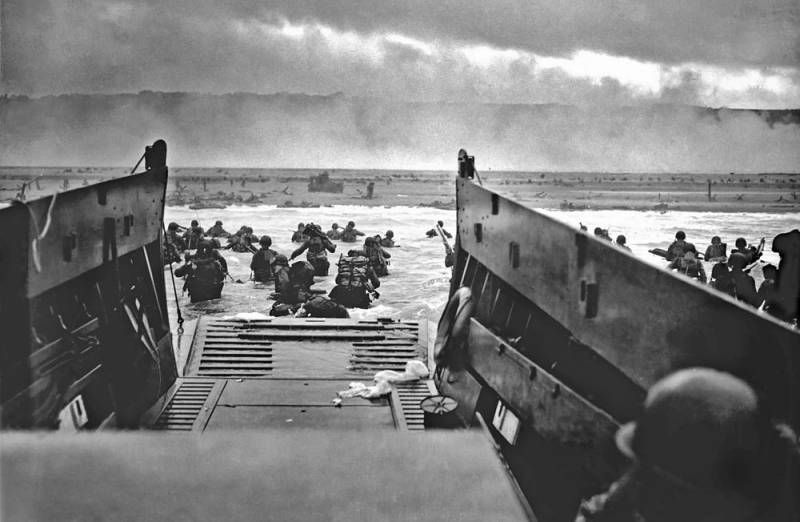 After Germany's surrender in May 1945, which ended the battles on the Western Front of World War II, there are still a lot of myths surrounding that war. American professor, writer and military historian from the National Museum of the Second World War Rob Sitino named five main myths about the past war, which he has been fighting all his life, writes Time magazine from the United States.


Sitino believes that the first such myth is the "awareness" of US President Franklin Roosevelt about the imminent Japanese attack on Pearl Harbor. The expert clarified that the "revisionist scientists" think that the head of state deliberately allowed the Japanese to bomb the US Navy base, as a result of which 2,5 thousand Americans were killed. However, they are mistaken, because there are no supporting documents for this. At least something would remain in the bureaucratic machine. But the absence of documents is a fact that speaks of the innocence of the President of the United States. Roosevelt did not give any orders and learned about what happened after the attack.

I consider this to be the greatest myth of the Second World War. People really enjoy talking about the craziest conspiracy theories
- said the historian.

The second largest myth, the professor named the claims that Erwin Rommel (nicknamed "Desert Fox") was the greatest German general of all time. Sitino believes that this is not the case, since the German military leader was unable to win a single significant victory in North Africa and did not reach the Suez Canal. The award for the First World War does not count (analogous to the American Order of Honor).

He simply believed that logistics and provisioning were someone else's problems. However, in a desert environment, this is the most important thing. Every bottle of water, every shell, every tank had to be delivered from Europe via the Mediterranean Sea
He explained.

So he lost in Africa. In Normandy, in the summer of 1944, Rommel was finally defeated.

The third myth is that the only culprit behind the defeat of the Third Reich was Adolf Hitler. The specialist recalled that 90% of the books ascribe all the mistakes of the Germans exclusively to Hitler. However, Hitler is not responsible for the wrong decisions of the German military leaders on the battlefield. The charges are based on the memoirs of German generals who shifted all responsibility to Hitler. In reality, most of the responsibility lies with the generals.

The fourth myth is that Japan could have won the Second World War if it bombed not only ships, but also fuel storage facilities in Pearl Harbor. The historian is convinced that this would only delay the inevitable defeat of Tokyo by several months.

The fifth myth is that there was a turning point in the Second World War. Sitino explained that there are many opinions, which are called different "turning points." These include: the destruction of a part of the Japanese aircraft carrier fleet and the Battle of Stalingrad in 1942, the Battle of Kursk in 1943 and the Allied landings in Normandy in 1944.

If there were so many turning points in World War II, then, from my point of view, there were none at all.
- he summed up, stressing that in a global war one cannot simplify everything.
Ctrl Enter
Noticed oshЫbku Highlight text and press. Ctrl + Enter
We are
Western historian: Germans defeated Russians near Moscow in 1941
The secret intermediary between the USA and Iran became known.
Reporterin Yandex News
Read Reporterin Google News
19 comments
Information
Dear reader, to leave comments on the publication, you must sign in.