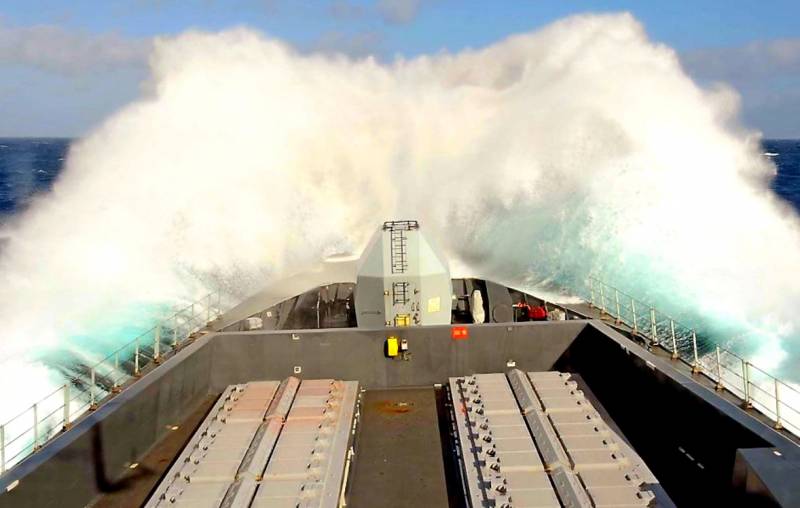 On the eve of the small island of Jersey, which is located in the English Channel separating Great Britain and France, heightened attention of the entire international community was attracted, since both London and Paris simultaneously sent two warships to its shores as an argument in resolving an economic dispute. Europe ... Will this story have some kind of continuation, and then how can it be?


Jersey is not formally part of the United Kingdom, being only the so-called Crown Possession associated with a personal union with the British monarchy. This name says little to Russians, except that it is a large offshore company, where for a long time the business of our famous oligarch Oleg Deripaska “optimized” the payment of taxes. By the way, in 2019, the billionaire re-registered his assets in the domestic "tax haven" on Oktyabrsky Island in the Kaliningrad region. However, this is not about him, so let's return to Jersey. The area has its own self-governing bodies, and London is responsible for its military protection, as demonstrated by the dispatch of the patrol ships HMS Severn and HMS Tamar to meet the two French patrol boats.

The most interesting thing is what was the reason for the use of such "civilized" methods. All this is a direct consequence of the painful divorce process between the UK and the European Union. One of the most difficult issues was the right of access for fishermen from the EU to British waters, which suddenly ceased to be allied. As a result of the "divorce agreement", the island of Jersey allowed Europeans to fish in their territorial waters, but only on the basis of a license and only to those who can prove that they had fished there before. The nuance lies in the fact that only the owners of trawlers, on which there is a special beacon, can confirm this. And it is available only on large vessels, because about 80% of small fishing vessels suddenly found themselves overboard.

It is clear that this caused outrage among the French fishermen, who staged a protest. The EU leadership was unpleasantly surprised, since there were no agreements on such "quirks" on the part of London. And Paris even threatened to cut off the supply of electricity to the island from its territory, where it comes from about 95%:

Electricity goes to Jersey by cable. I will be sorry if it comes to this, but we will go for it [the blockade] if we have to.
In response, the British sent two warships to the shores of Jersey, and the French - two more of their own. This is the European way! Where are the "civilized white people" to us, "Russian bastards" who only tolerate the antics of Ukraine, which cut off the supply of water and electricity to the Crimea. It turns out that it is enough to send a navy and block something for a strategically important partner in the negotiation process. This is who our homegrown geopolitical strategists should learn from!

But seriously, this incident, in which both sides demonstrated military strength and determination to toughly defend their national interests, could have dire long-term consequences for Britain, France, and the entire Old World as a whole. After a painful divorce, London has clearly demonstrated to yesterday's allies that now the tobacco will be apart. The British have a queen (for now), Europe has Angela Merkel (for now). The United Kingdom has chosen an independent development path through a consistent economic integration on the rubble of the former British Empire. Such ambitions need to be able to be backed up by military force, and the British are already doing this. Otherwise, why are they building aircraft carriers and collecting ships from the pine forest for them for the AUG? To fight with Russia? No, this is primarily necessary for the projection of British military power abroad in the next upcoming redistribution of "colonies": sales markets and natural resources. Thus, the United Kingdom objectively opposes itself to the entire European Union.

The Jersey incident is simply a symptom of a general illness. Much more serious clashes between yesterday's allies are possible in the future. Thus, European countries, primarily Germany and France, can respond to Britain's neo-imperial ambitions by supporting separatist movements in Scotland and Northern Ireland. The latter generally has a chance to lead to a renewal of the terrorist war, so that the British have something to do instead of trying to expand their zones of influence at the expense of the Old World.
Ctrl Enter
Noticed oshЫbku Highlight text and press. Ctrl + Enter
We are
Ukraine from the inside: traitors, curators and those who watch from the Kremlin
Ten "defeats" of Putin
Reporterin Yandex News
Read Reporterin Google News
15 comments
Information
Dear reader, to leave comments on the publication, you must sign in.